There exist practical solutions to the curse of corruption in Kenya 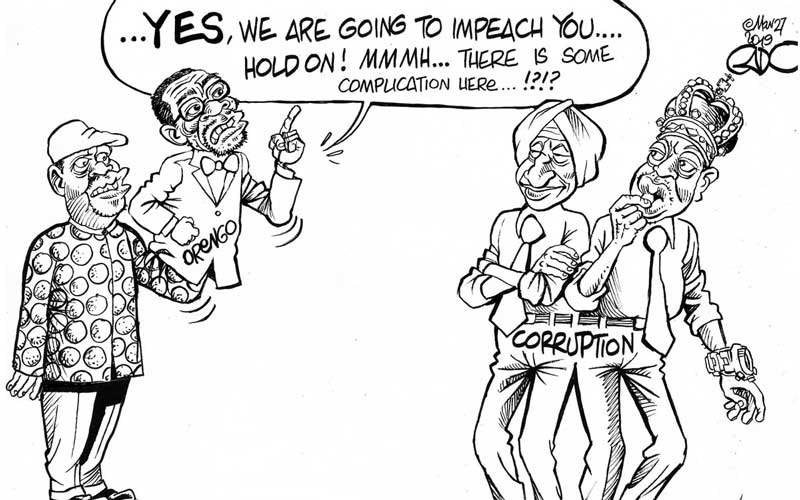 In 2001, I joined Raila Odinga on a visit to an Arab country looking for investment in infrastructure. Raila was the Minister of Roads in Nyayo’s government. Asked about corruption in Kenya, he said “we cannot eradicate corruption completely, but we can make it a high risk, low return business’’. It struck me as a very pragmatic approach to an age old problem. Unfortunately, 18 years later the problem is worse. The next day I met one of the top investors to follow up on our discussions and he lectured me for half an hour on why he wouldn’t do business in Kenya since he wouldn’t pay bribes. I left feeling dejected. Two years ago, that same investor who lectured me on corruption was jailed for bribing half the Government officials in their roads ministry. It is easy to pontificate and point fingers, but realistic and creative solutions are what we desperately need. We have all become corrupt. Sorry my friends, but 99 per cent of our politicians are corrupt. We are all sinners in this game, and let he who has not sinned cast the first stone. It starts from the ground up. Today in most parts of Kenya, the public won’t attend any political meeting unless they are given ‘facilitation’. Public rallies and meetings are crowds for hire. Junior politicians expect senior politicians to ‘support them’.

These funds are used to transport and pay for the crowds. On voting day many wont vote unless they are paid.  What do they expect in the future? What right does the voter have against the politician who has bought his vote? We have tried to educate the voter, but they see election time as an eating season. Politicians look for businessmen for support.  What’s the quid pro quo? Support in government contracts.  The politician eats his share and the public took their share long before the election. We give Corruption has permeated into our social life as well. Both the Church and the Mosque solicit and accept donations without questioning. They don’t care whether it is from corrupt politicians or drug dealers. It is as if the money gets sanitised by God once it reaches holy hands. It is now accepted practice for young girls to exchange sexual favours with ‘sponsors’ in return for financial support. We give money to the police to avoid fines, we pay for services to be speeded up and we pay for files to “undisappear”. We even pay watchmen to create parking spaces for us. A survey done a few years ago says that most youth would happily take a bribe if they could get one. We need to relook at our procurement procedures to address the breeding grounds of corruption – our procurement systems and rules were inherited from the British over 50 years ago and they haven’t changed much. It would be nice to blame the British Colonialists for our corruption but this won’t fly. We must admit that we have come a long way from the Nyayo era when a Minister or the President could get you a contract without a problem. Today, we even have tribunals where procurement losers can go for appeal. Increased transparency is the solution. Around 2008 Dubai introduced Tejari.com, a supplies and procurement portal which cut their procurement costs by 30 per cent.

Technology enhances All suppliers post their offers on the net. Two days before the closing all offers are made public and suppliers can  improve their price. All suppliers know their competitor’s specs and it is difficult for procurement officers to pay a higher price for an inferior or matching product. Technology enhances transparency and reduces corruption. We need to look at similar models. A 30 percent saving would go a long way for us. Procurement officers won’t like this and will doubtlessly argue that this won’t work for complicated tenders. Nonsense. Try it. Today, we bribe for faster service. Why can’t government charge more for special service?  If you need that passport in one day, then it will cost you double the normal charge – that extra charge should be used as incentive pay for the staff in that department. Why would you bribe? In addition to incentives, we also need strong deterrence. Government should appoint special courts designed and trained to deal with corruption and economic crimes.  I am tired of hearing the Song of Ouko.  Every day we read the Auditor General’s reports of theft, waste and plunder and nothing is done.  People now know that his report is empty noise. Reports without follow up action is a useless exercise. If his reports immediately went to the economic courts then corruption would drastically reduce. As a country, we went wrong when we diluted Chapter Six of the Constitution.  Anyone convicted of corruption or abuse of office should be permanently barred from public service. People will not change unless the sword of total excommunication hangs over them. To quote Raila, lets make corruption a high risk - low return venture.