Investigations by The Standard have established that rogue daycare centres in Naivasha have been drugging children in order to keep them asleep.

One of the unscrupulous caregivers entrusted by unsuspecting mothers –  a majority being poor flower farm workers – to look after their babies openly admitted to giving the minors the banned codeine syrup and alcohol to lull them to sleep.

The mothers, the majority of whom are single parents, are pushed by hard circumstances to resort to daycare centres but they are unaware of the harm they are subjecting their children to.

Every morning, a group of women, each with a baby strapped on their back, troop to a mud-walled house. They leave their wailing toddlers, some as young as three months, with a nanny.

Dressed in heavy sweaters and corresponding stockings to ward off the biting cold, each woman also leaves behind a pack of a lunch box and a pair of diapers and clothes.

Back in the dark-lit room, the elderly woman tries to contain the screaming toddlers who at one time seem to be trying to outdo each other.

Overwhelmed, the nanny forcefully gives some of the restless minors a tea-spoon of codeine syrup and in minutes the babies are in deep slumber.

This is repeated often on babies described as stubborn before late in the evening when their unsuspecting parents pick them. They cycle goes on the next day and is replicated in most daycare centres.

The daycare centres target working mothers who cannot afford to hire house girls and charge as low as Sh50 per baby per day.

The centres are dirty, poorly lit, operate illegally in informal centres and are manned by unqualified persons.

Of all the over 50 flower farms in Naivasha, only Oserian flower farm has a formal day care centre for its working mothers, forcing the other workers to seek alternatives.

A survey conducted by experts also paints a grim picture as details emerged that the national or county government does not know the exact number of day care centres and who is supposed to regulate them.

The survey dubbed ‘The informal daycare centres of Karagita’ points to the informal centres as the source of rickets, diarrhoea, malnutrition and pneumonia.

An audit reveals that many of the children spend much of their time in the centres which are overcrowded.

“The centres host up to 20 babies under one caregiver, with age ranging from two months to four years,” reads the report in part.

Investigations have revealed that some of the caregivers are using all manner of crude methods to contain the minors, including giving the banned codeine syrup, and in worse cases, liquor, to keep the minors asleep.

One of the nannies from Karagita, which is the largest informal settlement in Nakuru County and housing majority of flower workers, admits to the use of unorthodox means to lull the babies.

According to her, at any time she has between 15 and 20 minors, adding that it is impossible to give each child ample time to eat and change.

“These mothers who work in the flower farms are desperate and all they do is dump the babies on our doors as early as 4am and collect them late in the evening,” she says.

She adds that changing the minors and feeding them becomes a problem and they thus have to be ‘forced’ to sleep.

“Sometimes we mix local liquor with a soda and once we give babies, they will sleep for hours,” she adds.

A flower farm worker and a mother (name withheld) admit that just like her colleagues, they leave behind their children for lack of an alternative.

She says she earns around Sh6,500 every month and cannot afford to hire a house help adding that her firstborn son who is now five years old was brought up in such an informal setup.

“We get three months maternity leave and since our bosses do not have daycare centres, we have no otherwise but to leave our babies in these centres which are affordable,” she says.

The superintendent in charge of Naivasha sub-county hospital Angeline Ithondeka, who was part of the team that conducted the survey, admits all is not well in day care centres.

She says that data from the hospital indicate that a very high number of minors in the pediatric wards hail from baby-care centres.

“We have recorded tens of cases of diarrhoea and malnutrition among minors from Karagita where there are tens of these centres and it easy to spread disease from one minor to the other,” she says.

Dr Ithondeka admits that mothers working in flower farms do not have alternatives, but noted that leaving minors with unqualified caregivers has its consequences.

“In some of the rooms, there were minors as young as three months old, the centres are poorly ventilated and lit and this is a recipe for disease outbreak,” she says.

The doctor terms breastfeeding as very crucial to the growth of a child.

The doctor, however, admitted that the issue of codeine and liquor did not emerge during their research but warned that if true, this could have adverse effects on the minors at a later stage.

According to Naivasha Children Officer John Chege, the department does not license daycare centres.

“This responsibility lies with the county government and we only come in when a child is abused and needs to be rescued,” he says.

But according to Hellen Maina, the officer in charge of Early Childhood Development (ECD) in Naivasha sub-county, the responsibility of monitoring daycare centres doesn’t lie with the county.

She says that during devolution, the issue was not fully addressed adding that her department deals with minors in registered ECDs.

“There is confusion as to who is responsible for these baby care centres and the proprietors have taken advantage of this,” she says.

She admits that due to her close relationship with social workers, she has information on how the centres are run adding that the situation is worrying.

The educationist says that cases of malnutrition, poor hygiene and rickets have been recorded among minors left in daycare centres.

The Secretary-General Kenya Plantations and Agriculture Workers Union, Naivasha branch, Ferdinand Juma termed the centres as the norm in Naivasha.

He said there are over 50 flower farms in Naivasha but only Oserian offers a formal day-care centre for breastfeeding mothers.

Mr Juma says there is no law in the country to compel employers to open such centres, leaving workers with no option but to rely on informal centres in their estates.

Viwandani MCA Eric Gichuki admitted that the presence of rogue day care centres in his wards, adding that there is little that the county can do.

Gichuki says that he sympathizes with the mothers working in the flower farms as they have no other alternative but to leave behind the babies in the centres.

“We have noticed a sharp increase in cases of rickets in estates where these centres are located and we have reasons to believe that there is a connection,” he says. 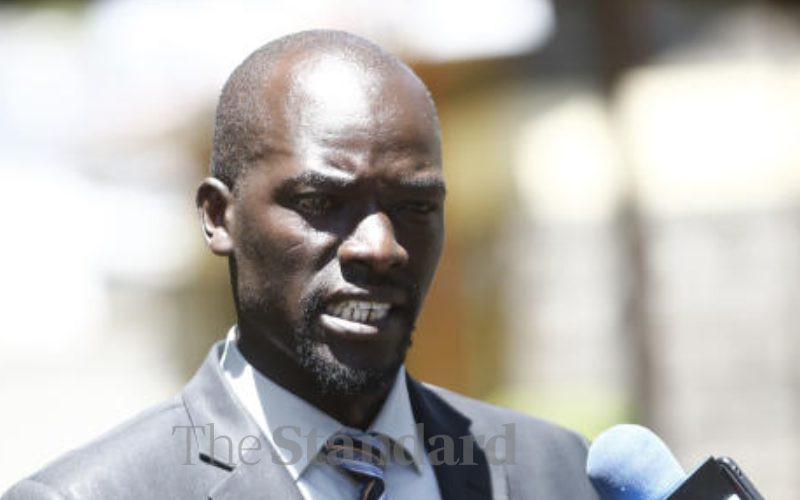 By Kennedy Gachuhi 2 hrs ago
Premium From a charcoal dealer, to prison and now heading to Parliament

By Kennedy Gachuhi 7 hrs ago
This is how we will run the show: Kihika, Karanja, Chelule speak