How we eat our way to cancer

By Eve Mosongo | 4yrs ago 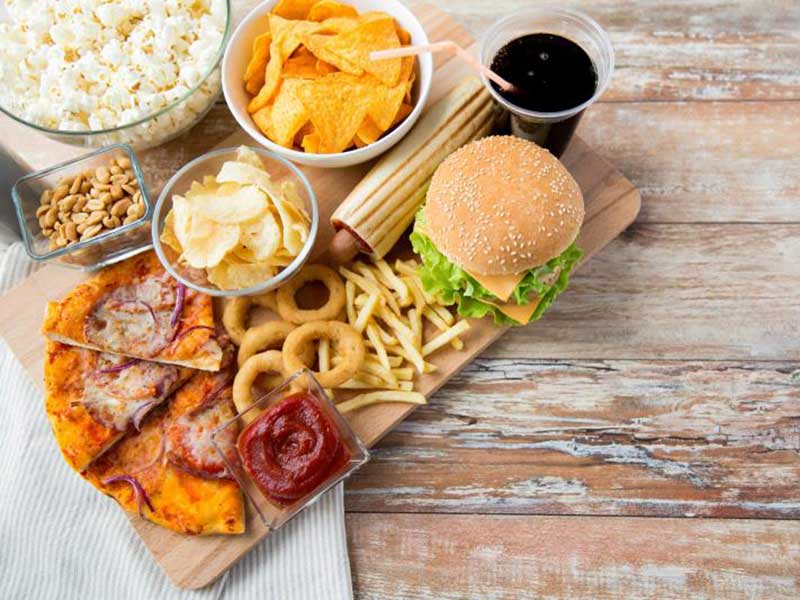 To lead healthier lifestyles, most of us have embraced eating white meat like chicken and fish. However, unlike saltwater fish, farm raised fish doesn’t contain high levels of Omega-3 fatty acids which help to prevent and manage heart disease, and lower blood pressure. The recommended saltwater fish feed on deep water plankton and smaller fish found in their natural habitat. As the water bodies are man made, farm fish might be contaminated with pesticides and chemicals that are carcinogenic.

Microwave popcorn and its chemically lined bags are said to cause cancer.The kernels, unless organic, are likely to be genetically modified. Also, fumes from the artificial butter flavouring contain diacetyl that is harmful to humans. If you’re craving popcorn, make it the old fashioned way - it’s healthier and tastier.

Bacon, sausages, ham, hot dogs, and any other processed meat, contain cancer-causing chemicals. The World Health Organisation’s (WHO) International Agency for Research on Cancer declared processed meat cancerous to humans. According to the organisation, the risk of developing colon cancer increased by 18 per cent for those who consumed 50g (the equivalent of a hot dog or four bacon strips)  of processed meat every day.

Due to their high amount of sweeteners, sodas, which have no nutritional value, can cause diabetes, weight gain and obesity. Everything used in their manufacturing is artificial - the colour, sweeteners (such as saccharin) and flavour. All these promote cancer. Saccharin is about 300-500 times sweeter than sucrose and it has been determined to cause cancer in laboratory animals. Aspartame, another soft drink sweetener, has also been found to cause brain tumors in laboratory animals, too.

The best tomatoes are freshly picked, but not all of us have a green thumb, so we can’t grow our own gardens. Therefore, we opt for the second best choice, which is buying tomatoes from the market, or canned ones from stores - but these cause cancer. Tomatoes are acidic and the cans have epoxy linings which keep them from corroding. Epoxy also keeps the metal from reacting with the food. However, to make the lining, one has to use Bisphenol A (BPA) which can cause cancer, and the acidity of the tomatoes promotes the leaking of this chemical into the canned tomatoes.

This is a salty, crunchy snack whose goodness is enjoyed across the globe. However, we rarely think of the artificial colours, preservatives and flavours as we munch away. Loaded with salt and high sodium levels, crisps can cause high blood pressure related ailments. They also contain trans fats which aren’t good for your health. Furthermore, they are prepared in high temperatures  that create a cancer-causing chemical known as Acrylamide which damages DNA, according to animal studies. If you’d like substitutes, try dehydrated apples or banana crisps which are healthier alternatives.

According to the Canadian Cancer Society, alcohol consumption increases the risk of developing liver, breast, colon, oesophagus, mouth, rectum and pharynx cancer. The risk is higher for those who combine alcohol and smoking. Our bodies convert alcohol into acetaldehyde, a cancer causing chemical. Even though an occasional drink (read a glass of red wine) is beneficial to our health and leads to a reduced risk of heart disease, excessive alcohol consumption is detrimental to our health. Acetaldehyde damages our DNA and causes cancer. It also hinders our cells from repairing this damage.

Having ‘Cholesterol Free’ written on the labels of most cooking oil containers, does not make it the safest.  This is because vegetable oils, most manufactured baked goods such as cookies, and margarine, contain hydrogenated oils. Hydrogen, during hydrogenation, bubbles up into the oil and is soaked up, converting unsaturated fat into saturated, which is semi solid. Saturated or trans fats, increase the risk of cancer, cardiovascular diseases, blood cholesterol levels and hardening of the arteries. The hydrogenation process might prolong the products’ shelf life, but it is hazardous to your health.

Artificial sweeteners have become the go to substitute to sugar for diabetics who want to regulate their blood sugar. They’re also believed to minimise obesity, too. However, these sweeteners have the opposite effect as they promote weight gain and aspartame, that’s widely used, is related to diseases such as Alzheimer’s, Parkinson’s and diabetes. The sweetener has also been associated with migraines and, according to research, an increased risk of brain tumors in animals.

Try natural substitutes such as honey, molasses and maple syrup.

This is a staple in most homes, even though it is associated with weight gain and obesity when overeaten. This flour has been stripped of most nutrients and fibre that is necessary for the body. During its processing, the flour is also bleached - whitened - and as a result forms alloxican, a toxin that causes diabetes. Researchers use this toxin in the lab to cause diabetes in healthy animals in order to experiment with the disease’s treatment. As a refined carbohydrate, this flour has a high glycemic index that raises the blood sugar levels fast, and cancer cells are known to feed mostly on the sugars in our bloodstreams. Best alternative? Go for whole grain products.

Our cells need glucose for normal functioning, but according to researchers, sugar - especially refined - feeds cancers. Other than weight gain, hyperactivity, anxiety, fatigue and upsetting the body’s mineral balance, excess sugar weakens the immune system. One is prone to develop cancer - all types of cellular cancer - as intestinal yeasts, fungi and toxic organisms feed on the sugars in our bodies.

Genetically modified products take a shorter time to mature. They were also created by injecting them with DNA from another species for prolonged shelf life, pest resistance and protection against viruses.

The debate, however, is still ongoing as to whether GMOs cause cancer. According to Dr Kevin Folta, chairman of the Horticultural Sciences Department at the University of Florida, Gainesville, “Some of the confusion surrounding GMO crops and cancer comes from reports where the natural Bt (bacillus thuringiensis) protein, incorporated into insect resistant plants, or glyphosate, the herbicide used on some GM crops, is applied to cell lines in a petri dish.” As more and more researchers work  day and night to dispel his findings, Dr Folta adds that it is important to remember that cells in a petri dish do not behave like cells in the body, hence there is no reliable evidence that consumption of foods derived from GM crops could cause the same changes in a living organism.

There is a connection between pesticides and cancers such as chronic lymphocytic leukemia, prostate, non-Hodgkin lymphoma, lung, pancreatic and testicular. Apples, strawberries, peaches, celery, spinach and tomatoes contain higher residues of pesticides as they are more heavily treated than other fruits and vegetables. If possible, ensure that you buy organically grown produce to avoid contamination.

14. Meat raised with hormones and antibiotics