LSK: We are ready for election dispute cases

By Graham Kajilwa | 5yrs ago 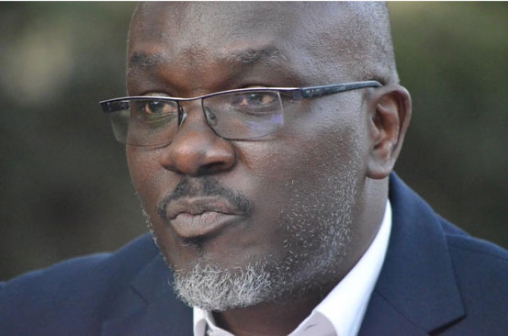 NAIROBI, KENYA: The Law Society of Kenya has assured political candidates that its members are ready to handle election disputes and warned against violent streets protests.

In the midst of uncertainties surrounding the outcome of the election, LSK President Isaac Okero said his group was well prepared for any eventualities that may get to the courts.

He said there was no need for Kenyans to take their fight to the streets as the courts were willing and ready to handle any disputes.

"We remind political leaders and candidates that, for the election dispute resolution process, the Judiciary and the bar are both adequately prepared," said Mr Okero.

The lawyers called for calm and patience.

"We plead with Kenyans to remain calm as we wait for the declaration of the results of the presidential election and of all other elective posts," said the LSK boss.

The lawyer said LSK was involved in observing the elections and that from its preliminary observations, the polls were free and fair.

He called upon politicians and their followers to respect the law.

The lawyer asked IEBC to handle the tallying process with utmost care.

"We appeal to the IEBC to complete the same in a free, transparent, and credible manner," he said.

Okero also called upon the police to refrain from using excessive force and remain professional in their handling of street demonstrations.

According to the LSK boss, the security agencies should be guided by the Constitution that gives Kenyans the right to peacefully picket, assemble, demonstrate, and present their petitions to the relevant offices

By Josphat Thiong'o and Allan Mungai 1 hr ago
Premium The 5th: IEBC taking no chances as security increased

By Mate Tongola 13 hrs ago
Igathe, Omanga concede after a tight race in the Capital