Drama at a bar as lovers fail to ‘detach’!

By - FILEX MURIITHI | 8yrs ago

There was drama at a bar in Runyenjes town of Embu County recently after secret lovers were unable to ‘disengage’.

The duo was reported to have been in a lovemaking session when their sexual organs were unable to separate making many converge to witness the happening.

The woman has been in her marriage for less than one year.

According to a witness, she had been constantly quarrelling with her husband after the latter heard rumours that his wife was in a love affair with another man.

“Her husband might have treated her with kamute (treatment for mpango wa kando),” a witness said.

She added: “I heard some days back the man asking his wife whether the allegations he heard were true but she denied and the husband warned her that what is done in darkness appears in the light.”

On the fateful day, the woman left for the market in the afternoon and did not return home.

When her husband arrived home, he found nobody and when he tried to reach his wife on phone it was not picked as she had left it in the house.

“I did not worry because I knew what I had done. To detach, I must be involved,” the husband told Light side of life.

The witness, who is a waiter in the night club, said that the two were very drunk before asking for a room where they carried out their services.

“We did not at first understand what was happening. The two were yelling for help and when I opened the door I found them unable to separate. Their cry attracted many people,” she said.

By the time of going to press, the woman’s husband had not arrived to help detach the duo. Residents allege that the woman was doing it for money because the tea leave bonus is out.

“This bonus will show us wonders. This is only the beginning, we expect to witness much more,” a resident said. 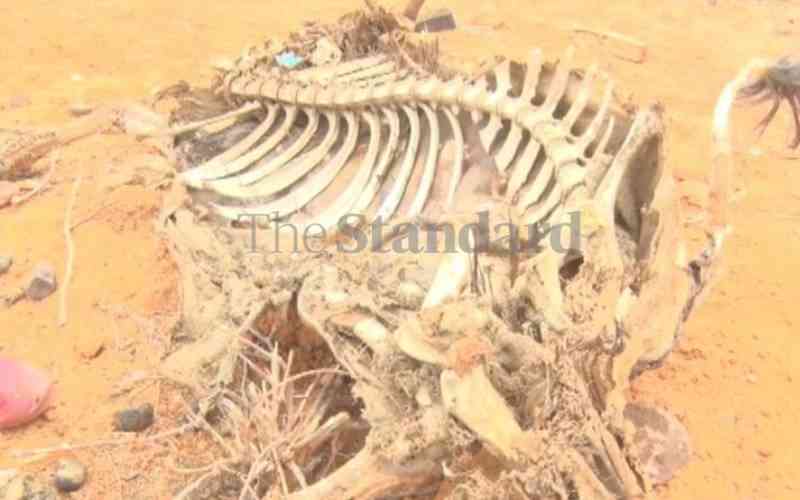 By Isaiah Gwengi 1 hr ago
'Opinion polls lied to us', Bondo residents say after IEBC announcement