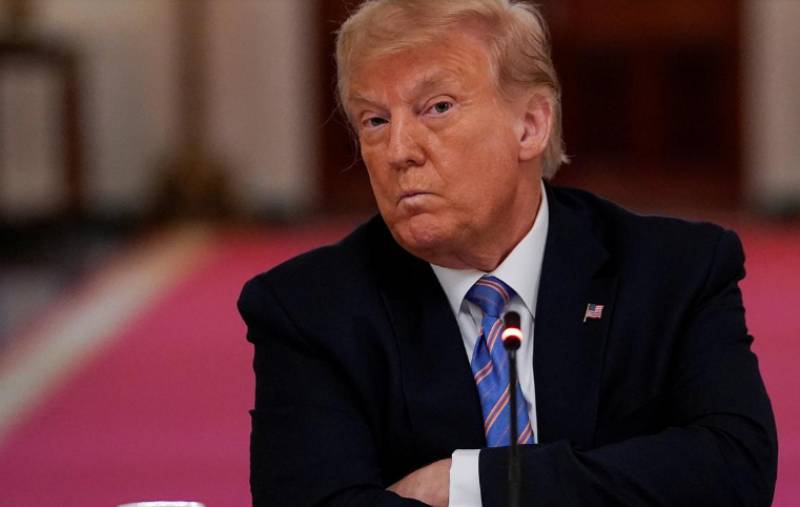 President Donald Trump (pictured) paid a proxy to take a standardized college entrance exam for him when he was a high school student, his niece writes in a tell-all book scheduled to be published next week.

In the book, “Too Much and Never Enough: How My Family Created the World’s Most Dangerous Man,” Mary Trump writes that Trump paid someone to take the SAT, an entrance exam used by most U.S. universities, in his place, according to The New York Times.

“The high score the proxy earned for him, Ms. Trump adds, helped the young Mr. Trump to later gain admittance as an undergraduate to the University of Pennsylvania’s prestigious Wharton business school,” reports the Times, citing a manuscript of the book.

White House senior adviser Kellyanne Conway, when asked about the book on Tuesday, told reporters at the White House that it was a family matter.

White House press secretary Kayleigh McEnany said on Tuesday: “It’s a book of falsehoods and that’s about it.”

The College Board, which administers the SAT test, did not immediately respond to a request for comment.