Hyphens and dashes have different functions 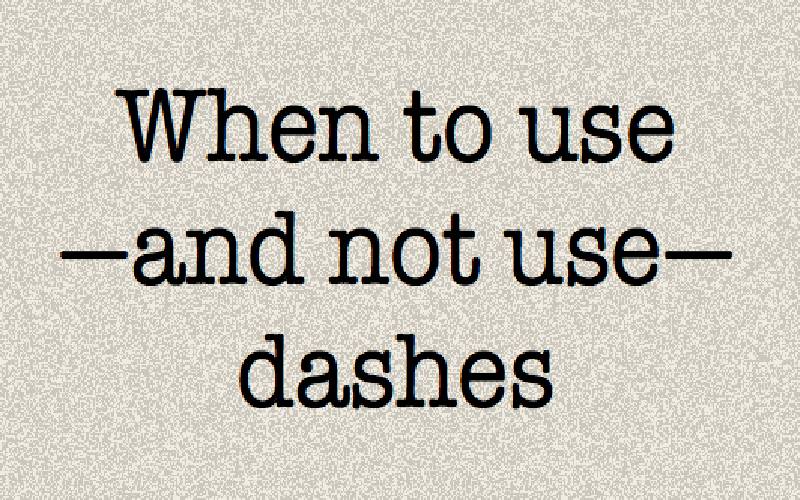 Last week was full of interesting news stories. The riddle of the dead body of a 29-year-old man that dropped from the undercarriage of a KQ plane preparing to land at London’s Heathrow Airport in June is far from being satisfactorily concluded.

Following humiliation in the November 7 Kibra parliamentary by-election, rancorous messages from sore losers dominated social media. The irony was that while the losers refused to accept defeat, they urged the winners to accept defeat. But then, this is Kenya - anything goes.

Behind-the-scenes machinations led to the wife of a Cabinet Secretary being appointed to two parastatal boards on the same day through a Kenya Gazette. Ours is a country full of intrigues.

From the foregoing, a number of things are identifiable, among them, compound adjectives and words that fit into other categories of adjectives, namely demonstrative, interrogative, possessive, indefinite and enumeration adjectives. Besides the adjectives, there is the use of hyphens and a dash.

The dictionary definition of an adjective is; 'a word naming an attribute of a noun such as sweet, red and technical'. Adjectives modify or describe nouns by creating mental images when what is being talked about is not within sight. From this explanation, it follows that compound adjectives are those that are made up of more than one adjective linked by a hyphen to form a single adjective. For example 'fast-acting drug’ (combination of the adjectives ‘fast’ and ‘acting ‘to show the potency of the drug referred to).

However, when adjectives are formed from proper nouns (nouns that begin with a capital letter, the use of a hyphen to create a compound adjective is normally overridden. For example, “They were able to secure a scholarship from the Nelson Mandela foundation".

The other notable thing is that when italics are used within a sentence to create a compound adjective, and when adjectives within a sentence are enclosed in quotation marks), the need for a hyphen (for the italicised words and those in quotes) is also overridden. For example; 'Though prima facie evidence points to the stowaway on KQ flight being Paul Manyasi, his parents dispute it". "For many years, MC Tricky has been a member of the 'Churchill Live' show".

Demonstrative adjectives are made up of the following words; these, those, that, this. They are used in modifying both nouns and pronouns. The words 'this' and 'that' modify singular nouns while 'this' and 'these' tell us what is being modified. For example, 'This/that car is mine', 'This is the right key” or “these are the right keys”.

Indefinite adjectives describe nouns in a non-specific manner by employing the words each, any, many, most, several and each. For example, "Not many people have backed the DPs complaint about violence in the Kibra by election". "Several people took part in the race on Mombasa Road".

In the introductory part of this column, I used the words 'Daring, combative, fearless Kakamega Senator Cleophas Malala'. There are three consecutive adjectives in the sentence that fall in the enumeration adjectives category. The second comma can be replaced by the conjunction 'and'. In such cases, use the oxford comma only if there is no risk of twisting the intended message.

The words my, your, whose, their, whose her, his, our and its, are possessive adjectives. They precede nouns and pronouns to denote ownership or show the person in charge of something. For instance; “He owns the property on which the theatre is situated", Interrogative adjectives; whose, which and what are used to ask questions. For example, "Whose book is this?"

The hyphen and dash should not be used interchangeably. They serve different purposes. Hyphens specifically join two different words to form one word. They do not leave space between the words they join. On the other hand, the dash is used to show a break in the line of thought of a writer; to explain or shed more light on the preceding sentence. There must be space between the words they join. For example 'two-thirds' (hyphen) and "Joseph Mwangi - the father of Beatrice - is a very good man'(dashes).

Hyphens are used to tell people's ages, for instance 'A two-month-old baby was abandoned on the road". While referring to age, use two hyphens as indicated above, not one. Use hyphens for compound numbers between twenty-one and ninety-nine. For example, “The bride’s father demanded twenty-two goats.
Mr Chagema is a correspondent for The Standard. [email protected]