Difference between independent and dependent clauses 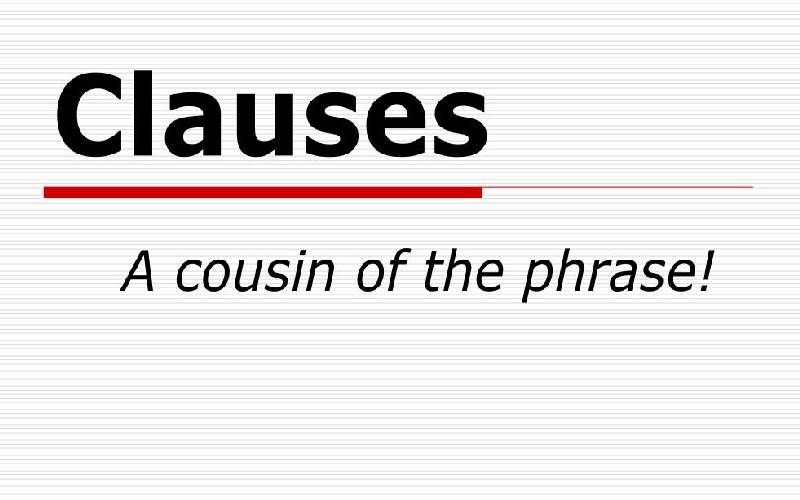 Last week’s column that discussed the use of comas, semi and full colons, and mentioned dependent and independent clauses in passing, elicited an email response from a reader who sought to know what distinguishes the latter. The writer was of the opinion that a number of readers may not know the difference between independent and dependent clauses, hence, discussing it here would be of immense help to many. Further, he posed; “Is any group of wordings that come before a period (full stop) a sentence? The dictionary defines a sentence as ‘a unit of language which expresses a complete thought’. Simply put, a sentence is a group of words that convey a full meaning. The format of sentences, known as syntax, varies depending on the writer; some with a proclivity for the active voice while others for the passive voice. Where one person would write; “Our DPP is indefatigable”, another is likely to write; “Indefatigable, is our DPP” or “Indefatigable is what our DPP is”. In both cases, the message remains the same.

Dependent clauses are broken into three; adjective (also known as relative), adverb and noun clauses. Adjectival clauses, which contain subject and verb; begin with relative adverbs or pronouns ‘where’, ‘when’, ‘who’, ‘whom’, ‘whose’ ‘that’ ‘which’. They normally describe the noun in the sentence. Relative clauses must contain either a pronoun, subject and a verb or relative pronoun and a verb. Examples of relative clauses include; “When he appeared before the parliamentary committee” (‘when’ is the pronoun, ‘he’ the subject ‘appeared’ the verb). “Who left the office” (‘who’ is the subject while ‘walked’ is the verb). Relative clauses do not make sense on their own and therefore need independent clauses to form sentences. Noun clauses are basically dependent clauses that function like nouns in sentences. Nouns are used to name things, people or places. Nouns serve either as direct or indirect objects, subjects, prepositional objects or predicates. Noun clauses normally begin with relative pronouns like ‘what’, ‘which’, ‘who’, ‘whoever’, ‘whose’ etcetera. Examples include; “Whoever fixed it is an expert”, “what was left of it”. Adverbial clauses are subordinate clauses that function as adverbs in sentences. Normally, adverbial clauses describe adjectives and verbs and must contain a subject and a verb. Adverbial clauses are identifiable because they begin with subordinating conjunctions, namely, ‘unless’ ‘after’, ‘if’, ‘because’ and ‘although’ etcetera. For example; “Unless one has the stubbornness of a donkey, politics is not for him/her”, “The Nairobi County Governor is so worried of stalkers that he is unable to occupy his magnificent office at City Hall” or “Nairobi County stands to be dissolved if the governor is kicked out of office after ongoing investigations on shady tendering deals, yet there is no substantive deputy governor to take over from him”.

Haji on the spot over decision to free Omar