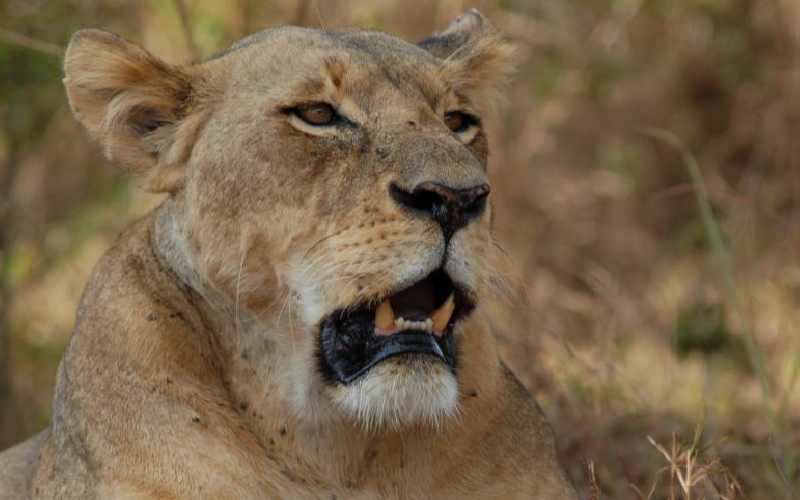 The World Animal Protection has condemned the suspected poisoning of six lions found dead over the weekend at the Queen Elizabeth National Park, Uganda.

In a statement the lobby said the illegal killing of wild animals negatively impacts animal welfare, conservation and public health.

The Uganda Wildlife Authority (UWA) through Bashir Hangi said in a statement released on Saturday that eight vultures were also found next to the dead lions leading to the conclusion that the lions may have been poisoned.

“The UWA strongly condemns the illegal killing of wildlife because it does not only impact negatively on our tourism, as a country, but also revenue generation which supports conservation and community work in our protected areas,” the statement reads.

The lion carcasses had most of their parts missing raising fears the attack could have been a case of animal body parts trafficking.

“Given that some body parts of the lions were found missing in this particular case, we cannot rule out illegal trafficking,” said Edith Kabesiime, the Wildlife Campaigns Manager at World Animal Protection.

According to the group, in the last 10 years the population of lions in the Ishasha sector of Queen Elizabeth National Park had declined from six lions per 100 km2 to four lions per 100km2.

While assuring the public that the park remains safe and attractive to visitors, UWA said it will continue to strengthen the protection of wildlife and will pursue the poisoning of the lions to its conclusion.

The group also demanded action over a similar incident that happened in 2018, where 11 lions, including eight cubs, were poisoned in the same park.

In May 2010 the park saw the death of five lions over poisoning.

Trade surplus or deficit is another popular measure; more exports than imports lead to a surplus.