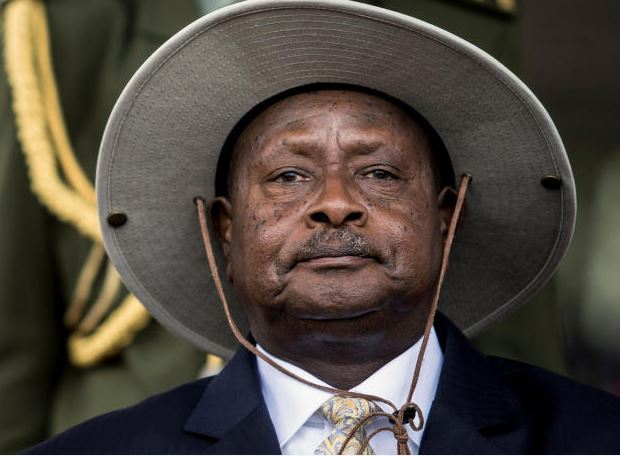 Uganda President Yoweri Museveni (pictured) has said he will be retiring to his home should he lose Thursday’s vote.

In an interview with CNN on Tuesday, the president said he would accept the election results if he is dethroned.

“Uganda is not my house. I’ll go to my house if I lose and do my own things if the people of Uganda don’t want me to help them with their issues,” he told CNN.

Museveni was responding to the suppression in the country during the campaign period marred by deaths, arrests and protests.

He said that he is ready to provide evidence should the International Criminal Court (ICC) take up Bobi Wine’s proposal to investigate him on accusations of human rights abuse.

“We have no problem at all. We have nothing to hide…we don’t need lectures from anybody in the world because we know what we are doing,” he said.

Earlier in a televised address to Uganda, Museveni also defended the shut down on of social media apps ahead of tomorrow’s election.

He accused Facebook of bias saying that if it should operate in Uganda, it should be available to everyone.

Facebook had earlier blocked the ruling party’s National Resistance Movement (NRM) ‘fake’ accounts that had been linked to the government.

“I am sorry for the inconvenience but we can’t tolerate arrogance of anyone deciding for us who is good and bad,” he said.

He added: “I told our people to warn those Facebook people. If they do not want to corporate, they shall not operate here.”

Donning military regalia, the president who is seeking a sixth term also warned against cheating during Thursday’s vote, saying that parties or individuals who will be caught will face the full force of the law. He at the same time appealed to Uganda’s Electoral Commission to ensure a free and fair election.

“Cheating in elections is treason. Do not waste our time by trying to cheat,” he warned.