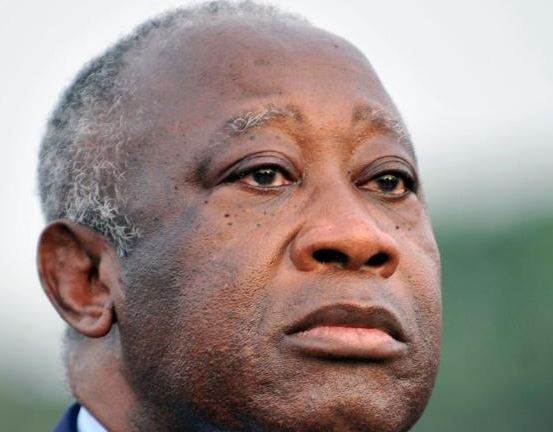 Former Ivorian President Laurent Gbagbo has said today’s presidential election spells “disaster” for the troubled country, in his first public comments since being toppled in 2011.

Gbagbo (pictured), 75, gave the interview in Belgium, where he is awaiting the outcome of proceedings against him by the International Criminal Court (ICC) arising from a civil war sparked by his refusal to accept electoral defeat in 2010.

“What awaits us is disaster. This is why I am speaking out. People should know I am against heading for disaster with our hands tied. We have to talk,” Gbagbo said in an interview broadcast Thursday on French channel TV5 Monde.

Gbagbo was forced out by forces loyal to Alassane Ouattara, 78, who is seeking a third term in office.

Gbabgo could return to Ivory Coast after ICC upholds acquittal

Anger at Ouattara’s decision to run again has triggered deadly clashes and revived ethnic friction, prompting many Ivorians to fear a return to the violence of 2010-11, when the country split along north-south lines and around 3,000 people died.

Late Thursday, a convoy carrying Patrick Achi, secretary-general of the presidency and one of Ouattara’s campaign directors, was sprayed with bullets, a source said.

There were no injuries in the attack, which occurred near Agbaou, 150 kilometres north of Abidjan. Gbagbo retains a powerful following in Ivory Coast but has been barred by the country’s paramount court, the Constitutional Council, from contesting the elections on legal grounds.

He was handed a 20-year jail term in absentia by a local court last November over the looting of the Central Bank of West African States during the 2010-11 crisis.

Tensions in the run-up to the vote focus in particular on Ouattara’s decision to seek a third term after being elected in 2010 and again in 2015. The constitution allows only two presidential terms.

Earlier this year, he vowed to hand the baton to a new generation, but his plans were torpedoed in July when his anointed successor, Prime Minister Amadou Gon Coulibaly, died of a heart attack.

Ouattara reversed course, claiming a 2016 revision to the constitution reset the presidential term counter. The opposition wants Ouattara to withdraw his candidacy and are demanding an overhaul of the electoral board and Constitutional Council, which it says are stacked with his loyalists.

They have called for civil disobedience. Political clashes, which have also spilled out into violence between ethnic groups, have claimed around 30 lives over the last three months.

“I understand (the anger) and I share it,” Gbagbo said, adding that dialogue was essential.

“Talk! Negotiate! Speak to one another!” he exclaimed. “There is still time to do it, to talk. I would like to tell Ivorians that in this fight over the third term, I... am resolutely on the side of the opposition.

“I say, in the light of my experience, that there has to be negotiations!” “The quarrelling has placed us in an abyss... If I remain silent, it would be irresponsible, so I have decided to speak out.”

Dozens of other would-be candidates have also been rejected by the Constitutional Council, leaving Ouattara as the front-runner.

Main opposition figures are former president Henri Konan Bedie, 86, and former PM Pascal Affi N’Guessan, 67, although neither has been on the campaign trail.

Ouattara, on Thursday, staged a final rally, arriving by helicopter to enthusiastic supporters in his Abidjan stronghold of Abobo.

Those who bungle polls to blame for pain and deaths