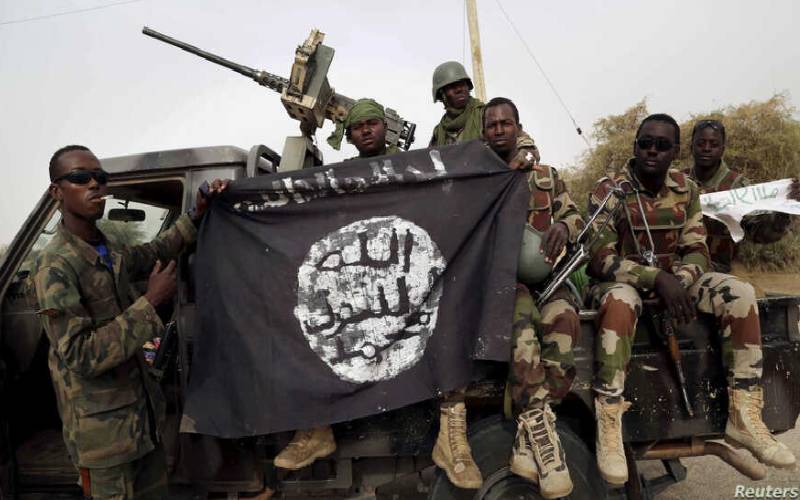 Suspected militants from Islamist group Boko Haram killed at least 13 people and wounded eight others in a grenade attack in northern Cameroon on Sunday, a security source and a local official told Reuters.

The unidentified assailants threw a grenade into a group of people inside a camp for displaced people in the commune of Mozogo near the Nigerian border in the Far North region, said mayor Medjeweh Boukar.

Boukar was informed by locals that 13 had died. A security official who confirmed the attack said that two wounded also died, bringing the toll to 15.

Boko Haram has been fighting for a decade to carve out an Islamic caliphate based in Nigeria.

The violence, which has cost the lives of 30,000 people and displaced millions more, has frequently spilled over into neighbouring Cameroon, Niger and Chad.

Boko Haram jihadists killed at least 10 civilians and kidnapped seven others in an attack on a village in the troubled Lake Chad region on Friday, an army officer and local official said.

“At around 3 am (0200 GMT), Boko Haram fighters attacked the Tenana village killing two women and eight men,” the officer told AFP on condition of anonymity.

“They kidnapped seven men, as well as looting and burning the village before withdrawing,” he added. Lake Chad — a marshy region dotted with islands near the border of Niger, Nigeria and Cameroon — has been battered by attacks from jihadists crossing from Nigeria.

A local prefect, Yacoub Mahamat Seitchimi, confirmed the attack, saying he sent a sub-prefect and a police chief to the village to “sympathise with the bereaved families”.

“These are the disgruntled local children who prey on their own parents,” he said, referring to Boko Haram recruiting from the area.

Boko Haram’s insurgency, launched in northeast Nigeria in 2009, has killed more than 36,000 people and displaced more than two million from their homes.

The violence has since spread to Niger, Chad and Cameroon.