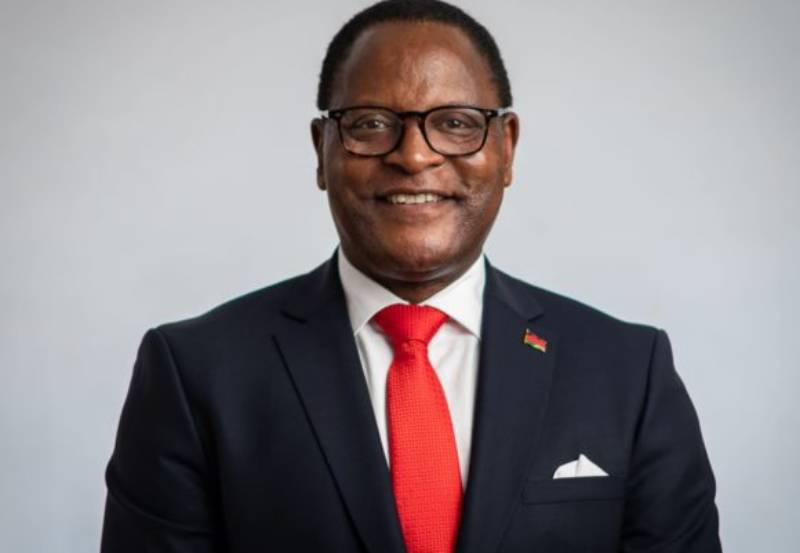 Malawi’s opposition MCP party candidate Dr Lazarus Chakwera (pictured), a soft-spoken former pastor and member of parliament has won the Malawi presidential repeat election with 58.57 per cent of the vote, the electoral commission announced on Saturday.

Dr Lazarus Chakwera won the repeat Presidential poll with 2,604,043 of the overall votes ahead of the incumbent Arthur Peter Mutharika who amassed 1, 751, 877 votes, Justice Kachale announced.

Chakwera’s main rival, who is the incumbent, Prof. Arthur Peter Mutharika had earlier on cried foul over presidential vote re-run describing the June 23 poll as the ‘worst ever in the history of Malawi’ but urged Malawians to remain calm and peaceful even after the results.

In his welcoming speech, Malawi Electoral Commission CEO Sam Alfandika said the electoral body has achieved its desired results despite the election being planned in a short period of time and also when the world is fighting the coronavirus pandemic.

The electoral body chair justice Chifundo Kachale says they have resolved all the complaints they received during and after the poll.

The elections on Tuesday were the fiercest the ruling party DPP faced after 14 years in power; eight years with the late Bingu wa Mutharika as President from 2004 to 2012 when he died in office, and six years under Bingu wa Mutharika’s brother Prof. Arthur Peter Mutharika who is the outgoing president.

Lazarus Chakwera, 65, is a former pastor who lost to President Mutharika in 2019 before the constitutional court in Malawi annulled Mutharika’s controversial victory and ordered a re-run poll.

He became the President of the opposition Malawi Congress Party in 2013. Chakwera has been serving as MP for Lilongwe Northwest constituency.

Clearly, it’s a defining moment for the opposition MCP party, and what has been regarded as a historic evening for Malawi by the electoral body, after the counting of all votes, the opposition party made a fierce comeback to triumph over Mutharika’s ruling party DPP.

The victory is the first of a kind in Sub Saharan Africa that a flawed election was overturned, and the opposition has clinched to power democratically.

Malawi Congress Party lost the grip of the presidency in 1994 when Malawi’s founding father and MCP President Hastings Kamuzu Banda was floored by Bakili Muluzi. 26 years later, the party has made a comeback, recording unforgettable history by becoming the first former ruling party to win elections in Malawi.

After the constitutional court ruled out the 2019 general elections due to massive irregularities after DPP claimed victory, Chakwera joined forces with UTM leader Dr Saulos Chilima, forming an alliance that has seen Mutharika’s six-year rule come to an end. Dr Saulos Chilima has been serving as Mutharika’s Vice President since 2014.

Chilima, 47, has been lauded as a key political figure who oversaw the change of political landscape in Malawi, after he quit the ruling party to form Tonse Alliance. He is expected to take the oath of office again as Malawi vice President.

“I wish to assure the President-elect that KANU is proud to be associated with the victory of Tonse Alliance and the Malawi Congress Party in particular; a party with which we share in common the history, values, and the symbol of the cockerel,” he said.