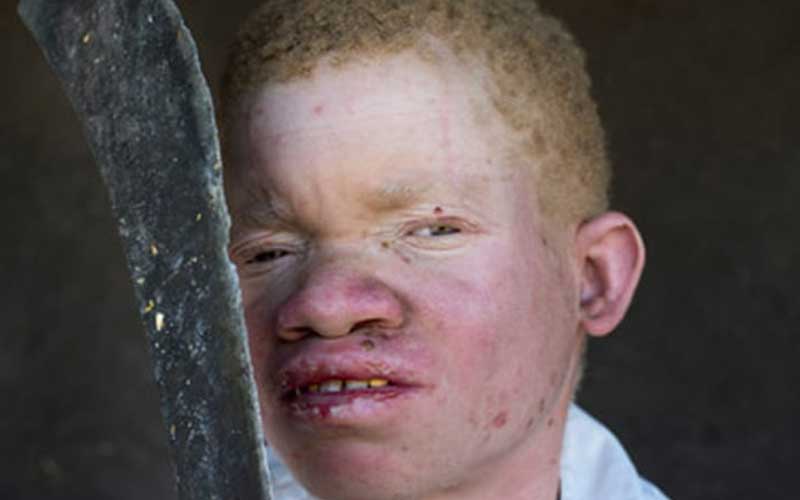 Malawi will offer cash rewards of up $7,000 (Sh700, 280) for information about abductions and killing of people with albinism as anger over government inaction grew ahead of national elections.

Belief in witchcraft is widespread in rural Malawi, one of the world’s poorest countries, fuelling ritual killings particularly targeting people with albinism because of the belief that their body parts can increase wealth.

The renewed focus on albino murders comes after the New Year’s Day killing of Yasin Phiri in front of his young son. Local media said the man’s arms were hacked off, his teeth pulled and his private parts removed, prompting calls by local and international civil society groups for government action.

“Government will reward K5 million to anyone providing information that is proven to be credible relating to any conspiracy to abduct or kill persons with albinism,” President Peter Mutharika’s office said in a statement.

The presidency will also form a judicial inquiry into the killings and abductions, which have reached 150 since 2014 according to the United Nations.

Malawians are set to go to the polls in May to elect a president, a parliament and ward councillors.

Some of the campaigning has highlighted the attacks of people born with the genetic condition, which inhibits a person’s ability to produce the melanin responsible for skin pigmentation.

The superstitions, stigmas and maiming and killing of people with albinism is visible across a number of southern and East African countries with cases reported in Democratic Republic of Congo, Tanzania, Mozambique and South Africa.

There is also a lucrative market for the trade in albino body parts, in the region and internationally, with individual parts fetching up to $2,000 and an entire corpse as much as $75,000, according to a report by the International Federation of Red Cross and Red Crescent Societies.

“Police are failing to uncover the syndicate behind the killings. Malawians are wondering why government is frustrating efforts to deal with the albino killings,” civil society group Malawi Human Rights Defenders said in a statement.

In 2017, the United Nations pulled staff out of two districts in southern Malawi where a vampire scare triggered mob violence in which at least five people were killed.

The pastor who claimed to have raised Dead Man – challenged to resurrect Nelson Mandela.

By Sam Wilkins and Richard Vokes, The Conversation | 6 hours ago

By David Njaaga | 18 hours ago