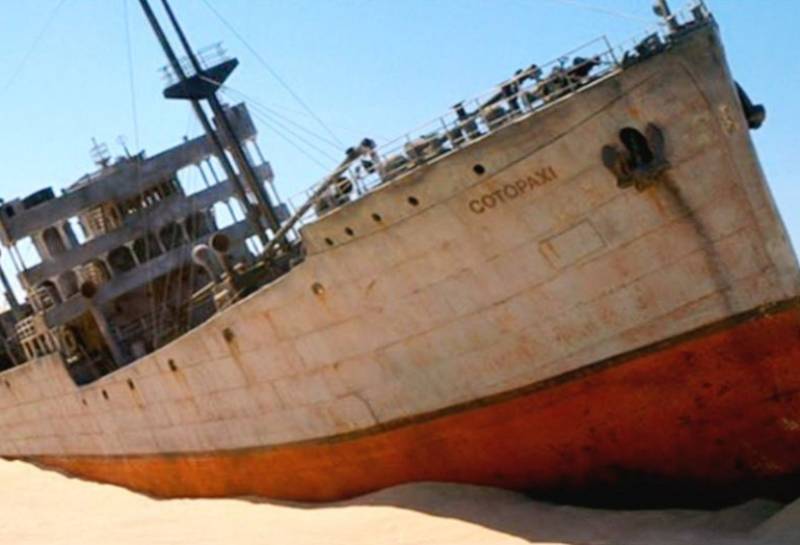 The wreckage of a coal ship that disappeared in the Bermuda Triangle nearly 100 years ago while on its way to Cuba was hiding in plain sight, researchers say.

American merchant steamer the SS Cotopaxi has long been the subject of many conspiracy theories and hoaxes after seemingly vanishing without a trace during a "routine voyage" in 1925.

The disappearance has helped fuel the legend of the Triangle, a notorious section of the western North Atlantic where numerous vessels and aircraft have seemingly vanished in bizarre fashion.

The fate of the Cotopaxi, which left Charleston, South Carolina, on November 29, 1925, heading for Havana, and the 32 people on board has baffled experts - but now it seems the answer has been there for years.

Marine biologist and underwater explorer Michael Barnette, speaking to Newsweek, said: "We know that on that voyage something happened because she delivered a mayday message early December saying she's in distress.

The ship was famously 'discovered' in the Gobi Desert in classic 1977 Steven Spielberg movie Close Encounters of the Third Kind, having been supposedly placed there by aliens.

While reports in 2015 claimed it had reappeared near a restricted military zone off the coast of Cuba, though this was dismissed as a hoax.

But nearly a century on since its last confirmed sighting, Barnette and his team claim they located it 35 miles off the coast of St Augustine, on Florida's northeast coast.

And the supposed surprise discovery will feature in an episode of Shipwreck Secrets on the Science Channel in February.

Barnette is prolific in his discovery of lost ship wreckages and said while all history has always fascinated him, "maritime history is my real passion".

"I like going out and trying to identify wrecks because every one has a fascinating story. I'm just a very curious guy," he added.

While digging in the archives of Lloyd's of London, the explorer found documents proving the Cotopaxi sent out a distress signal on December 1, 1925, something historians had not known previously.

"A lot of times, it's more important to spend more time in the archives researching than it is on the water, because that's when you will make the discoveries in all these articles for insurance or things of that nature," Barnette said.

The signals were picked up in Jackonsville, Florida, meaning the ship must have sent them near the famous 'Bear Wreck' off the coast of St Augustine, a thriving port in colonial times - which is littered with shipwrecks.

But while most of these are from the 16th and 17th centuries, the Bear Wreck - whose real name and background are unknown - is likely from as recent as the early 20th century and is further off the coast.

Diver Al Perkins has been exploring that wreck for 30 years and collecting various objects as he goes - including a valve manufactured by a company based just a few miles from Ecorse, Michigan, where the Cotopaxi was built.

He gave the valve to Barnette during his investigation who then conducted move dives to collect measurements of the Bear Wreck to compare them to the original Cotopaxi plans.

He found they were a match before documents were found at the National Archives of New York in relation to a legal case families of the missing crew had brought against the ship's operator - the Clinchfield Navigation company, arguing the ship was unseaworthy.

As part of his testimony the company president specified the last known coordinates on November 30, 1925, which Barnette plotted putting the doomed vessel 22 miles north of the Bear Wreck on that last date.

The co-ordinates appeared to have the Cotopaxi on its expected course to Havana.

While according to weather records, a large storm struck the Florida coast on December 1, which could have sunk the vessel, which would explain the distress signal, if it had stayed on course from the previous day.

Barnette said: "We approach all these shipwrecks kind of like a cold case murder case, right? You know, you have the body there. You try and gain whatever information you can. There's a whole bunch of tools that we use to try to identify these wrecks."

He described the realisation that the Bear Wreck was probably the Cotopaxi as like a "jolt of electricity."

"A lot of times it is very emotional because first you are excited that your theory is correct. There's also an emotional rollercoaster because you realize, 'wait a second, this is a grave site which marks the final resting spot spot of the crew members that went down with the vessel.' So there's a responsibility to try and reach out to the families so we can help give closure to them," he said.

"Myself and other wreck divers around the world, when we identify these wrecks, sometimes we're writing the final chapter in the story or sometimes we're actually rewriting history," he said. "What people assume actually happened sometimes is not the case."