By Daniel Many | 2yrs ago

Last Saturday (8th February 2020), I was thrilled and privileged to attend the Text Book Centre book club at their flagship shop in Sarit centre. I was thrilled because I am not only a lover of books but also a creative writer. I was privileged because I got a chance to meet and hear from Dr. Narendra Raval, the owner of Devki group of companies.

After the end of the first session, where book lovers and writers discussed the book of the month, Kailash Mota, the author who penned Dr. Narendra Raval's autobiography, ushered in the second session by sharing with the audience his experience while writing about Dr. Narendra Raval, also known as Guru.

After that, he welcomed Guru to address the audience and answer questions. Guru's speech was very insightful as well as motivational. He briefed the audience about his journey as an entrepreneur, how he started his own business in Gikomba, and how he got into manufacturing. Also, the challenges he went through and how he overcame them to end up owning a group of companies. He is the owner of Devki Steel factories, Maisha Mabati, Simba Cement, and Athi River Mining (recently acquired). Also, he opened a new Sh5.8 Billion Simba cement factory in Nakuru and has a clinker factory coming up in Emali, Kajiado County.

He offered numerous tips on how one can start from scratch and make it to the top. Here are a few lessons Youths and budding entrepreneurs can learn from Guru's success story.

1. Save for start-up Capital

One of the major challenges budding entrepreneurs face is a lack of start-up capital. Guru, while working in the temple as a priest earning a paltry Kshs 1,500 in a month, saved some cash with which he used to start his own business in Gikomba in 1986. It was not even enough, and he had to borrow more from his wife. He advised budding entrepreneurs to develop a habit of saving money.

After he made his first profit, Guru narrated, he ploughed it all back into the business. That way, he was able to expand his business. Taking risks, he said, is what differentiates an entrepreneur from a wanna-be entrepreneur. The latter is afraid of taking risks.

3. Give your employees financial as well as moral support

When Guru started Devki Steel company in 1994, he had only 70 employees. Now he boasts of employing more than 6,000 workers. The secret of retaining employees, he advised, is to give not only financial support but also moral support.

4. How you start does not matter. What matters most is how you end

With hard work and determination, one can achieve whatever one desires. Guru narrated that he was born in poverty, but he had a dream of getting rich and pulling himself out of poverty. He said he worked hard to achieve his dream. That he used to work from Monday to Sunday and even during public holidays. He told the audience that "To be born poor is not someone's mistake, but to die poor is." He said young people should not despise humble beginnings.

Guru donates 50% of his earnings to charity. He supports schools, orphanages, Widows, etc. He donated Sh100 Million to Kenyatta National hospital to help construct a cancer centre. In 2013, he won a British award for supporting widows. He said an entrepreneur should not focus on making profits alone. He or she should also develop and support the community in which he lives.

Though he is not so much of a reader himself, he said reading widely expands one's knowledge, thus elevating one to a higher level of reasoning. For an entrepreneur, reading and doing research helps in making informed decisions. He disclosed that for him, "Reading is like Yoga."

By XN Iraki 42 mins ago
Premium When government fails on jobs, trust Kenyans to fill the void 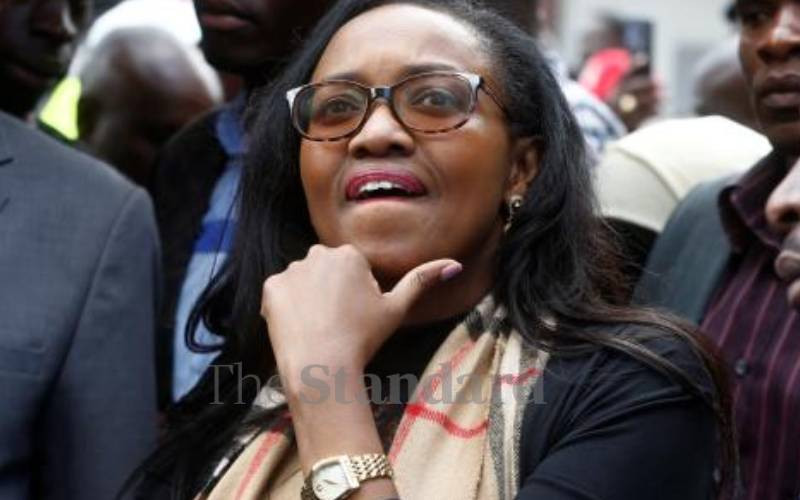