ODM Party’s twizzles: It is now Mudavadi’s turn, but was outcome inevitable?

This week could yet prove to be an interesting one in the political landscape, in what can be characterised as a mad scramble for the presidency.

It is now the turn of Mr Musalia Mudavadi, the Deputy Prime Minister and Minister responsible for Local Authorities, who hitherto has also been Deputy Party Leader of the Orange Democratic Movement (ODM) to jump ship and declare his candidature for the presidency.

Why? He feels ODM is less democratic and has not created a level-playing field for him to battle it out and win against his boss, Prime Minister Raila Odinga, who as Party Leader is already a registered winner to represent the party. But is it?

The answer is both yes and no, and it is the excuse for the fight.

Today is Mudavadi’s turn, following the earlier exit of Mr William Ruto and Mr Najib Balala — both former Cabinet ministers — thereby indicating that not all is well in the Orange house. Ms Charity Ngilu is already in her Narc house and need not jump anywhere.

Whilst it is a matter of conjecture what next will emerge from ODM’s twizzles, it is true that in political theatrics, it is the excuse but not the main underlying reason that matters. Political actors change party positions or team up with perceived opponents in never-ending gamesmanship.

What, then, are the underlying factors for ODM’s twizzles?

First, through Public Watchdog’s lenses, it is absolutely clear that the political restlessness has nothing to do with the ODM party and neither is it or will it be confined to the party, but has everything to do with political machinations — with inside and outside invisible hands fuelling it for varied and multiple expectations.

Today it is ODM, but tomorrow it will be clear that every party is vulnerable when cross-party defections crystallise in the run-up to the next elections.

Kenyans now know democracy — just as they appreciate that beauty rests on the eyes of the beholder.

But why is this? The presidency is now the most coveted position, with growing interest for varied reasons including but not limited to political self-preservation, rallying home community support, enhancing regional influence, building post-election bargaining power, fragmenting votes to deny opponents outright wins and giving an edge to an ally and/or to change the competing dynamics for control of national resources or accumulation of economic wealth.

Secondly, a few of the candidates might be motivated by a genuine desire to contribute and improve national governance systems, enhance reform agenda, improve productivity and/or deal with the myriad challenges facing the country — among them rising unemployment, poverty alleviation and provision of better health services. But who among the current leaders satisfies this critical threshold?

As a people, we must begin scrutinising our leaders’ track records to determine whether they are fit to exercise the enormous responsibility of the presidency.

When the hour of defection begins, many political hirelings would enter the political market, and will be available to the highest bidder for money and post-election promises.

History has shown us that it is these pre-election promises — entered for the sake of winning support without genuine commitment — that serve as the main source of post-election feuds.

Thirdly, back to Mudavadi, it is essential to acknowledge his long political experience, having become Cabinet minister at 29 years and represented the people of Sabatia in Parliament since 1989, with the exception of what can be characterised as his moment of truth during the 2002 succession election.

Why? Because, Mudavadadi had failed to read the mood of the electorate and direction of the wind of change sweeping across the country that he lost his parliamentary seat.

Such is certainly a humiliating outcome for any politician, leave alone Mudavadi who was defeated in parliamentary elections by a political greenhorn, one Mr Moses Akaranga.

This notwithstanding the fact that he was at the time holding a three-month transitional position of Vice-President of the Republic of Kenya under former President Moi.

The question begs: Has Mudavadi drawn useful lessons from the hindsight that the electorate is unforgiving in the event of perception of betrayal or untrustworthiness?

How Mudavadi chooses to walk the delicate political tightrope will be key. He needs tact, informed by master strategists, not sycophants who make him feel that the presidency is assured based on simplistic calculations.

One thing is, however, clear — with many of yesterday’s politicians having declared interest in running for the presidency and showing growing political influence at home and nationally — it was always a question of when and how Mudavadi would join in the whirlpool.

Thus, the excuse rather than the reason is at play, and his entry appears centred on consolidating homeground votes as he reaches out to quickly cultivate a national outlook.

It is a political gamble shrouded in multiple risks that would be dependant on his wisdom and choice of advisers. Moreover, Western Kenya has demonstrated that it rarely plays the political game as a block, with Bukusuland always choosing the opposing side.

The author is an opinion leader who prefers to remain anonymous.

Predetermining World Bank chief is an insult to meritocracy

This week sees the lobbying and deal-making ahead of the election of the President of the World Bank reach its peak. But for all the rhetoric and campaigning, the outcome remains sadly predetermined.

By Njonjo Kihuria | 29 minutes ago 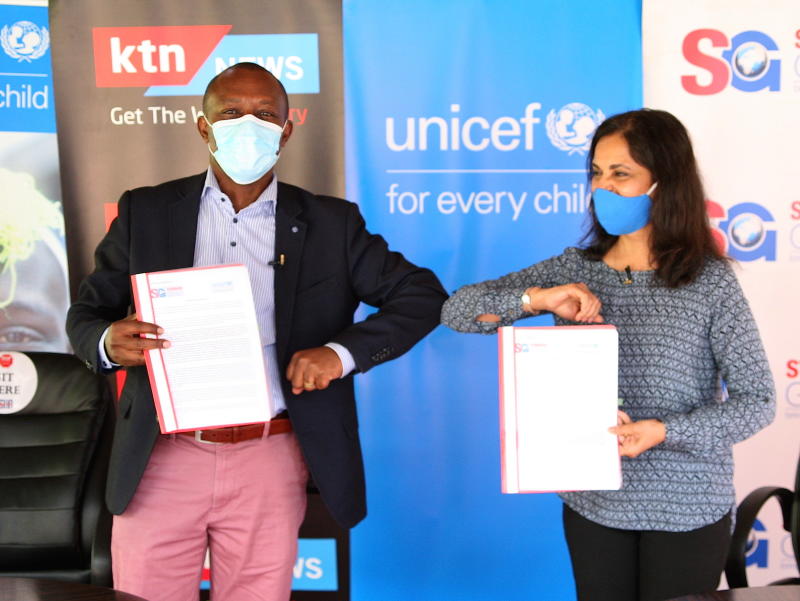 By James Wanzala | 29 minutes ago