Depression is real and men need to reach out for help 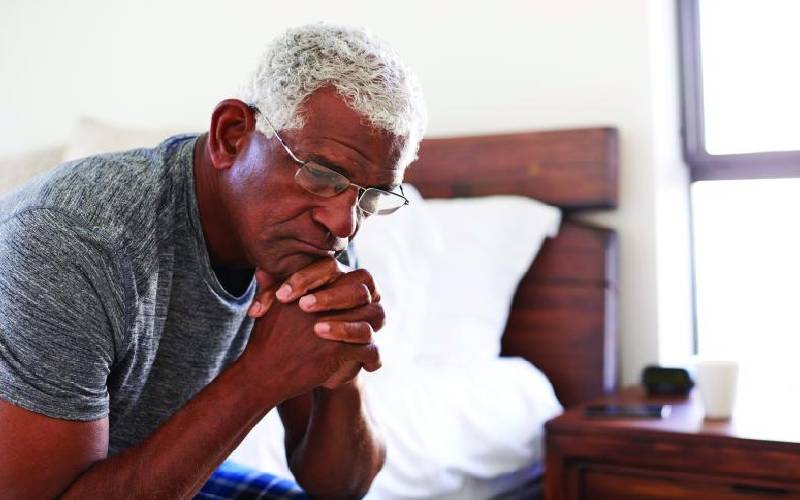 Last week I watched a documentary titled “Robin’s Wish”. It casts one of the actors I really admired from the time we had our first television, a black and white National TV in the late 70s in Buru.

This actor was in the TV programme Mork and Mindy, one of the programmes that made some of us try and learn to speak good English and stop Shenenglish. He appeared in many other movies such as Mrs Doubt fire, Night of the museum and many more.

The name of the actor was Robin Williams.

I had to watch it because as a fan, I sort to understand why Williams chooses to kill himself. This was one guy who used to crack jokes, looked happy and was good in his acting skills. Robin was one actor that could do multiple roles and convince you completely.

In the documentary we learnt that Williams took his own life in 2014, after experiencing dementia symptoms and having been diagnosed with Parkinson’s disease. The disease ravaged his body and mind and it was only after his death that the full extent of Williams’s illness was revealed.

It was clear he had suffered a severe case of Lewy body dementia. This is a disease that is a progressive dementia, which caused a rapid decline in mental abilities, thinking, memory and movement. Symptoms include hallucinations, sleep difficulties, depression, apathy, poor attention and more. Unfortunately the disease has no treatment.

I did learn a lot from the documentary. Before I understood it was one’s right and choice to end their lives. I knew it was their decision, but I have came to understand this is a disease. I now understand why depression has caused a lot of suicides. Around the same time I watched two psychologists in an interview. Their argument was that like any other disease, dementia needs to be taken care of by a specialist.

We tend to try and manage it as a family and we don’t know the extent and what is supposed to be done.  I have learned most people suffering from dementia are men. The main reasons being unlike women, who share their troubles, men tend to hold back and believe “mwanaume ni kuvumilia”.

During this time of Covid-19, I have learnt that our Friday meetings, which we used to sit and drink, men used the chance to open up and seek some advice, of course under the pretense of being drunk. I now understand why our fathers called the Friday drink sessions, members’ day.

I encourage men to come out and talk to each other especially to close friends in case they are troubled. Failure to do so may see us loosing many. Though difficult because of our upbringing, just like the case of Okwonko in the book “Things fall apart” we have close friends whom we can confide in.

However, let our men exercise restraint. Let men not go back and reveal to the public the problems of your fellow male friends having been told in confidence in the first place.

If you are a man and not able to have a drink during members day, please form groups like running, gym, walking or even chamas where you can talk and bond. I remember as a member of Patello’s Flintstone gym, at outering estate, we used to discuss about life and how to go about things.

We did the same at Railways gym, where I got a lot of advice from people like Rashid and Salim Kilanga, Bruno and Kevo.

So let all understand that depression is a disease and now that the world has become a small village it has escalated due to technology. We should accommodate one another and be each other’s keeper. Those who are affected should not fear reaching out for help.