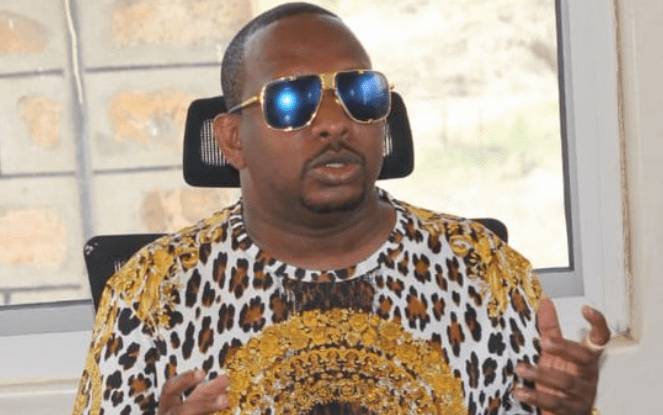 Nairobi Governor Mike Sonko (pictured)  has vowed to reverse the transfer of county functions to the national government, citing frustrations from top officials.

The announcement came after a meeting with Deputy President William Ruto.

The meeting at the DP’s residence in Karen, Nairobi, went on to almost midnight on Tuesday, with Mr Sonko saying the two discussed county and national affairs.

Yesterday, the governor confirmed the meeting did take place and declared war on the deal he signed that allowed for the transfer of the key county functions of health, transport, public works, and planning and development to the national government.

“It is true the meeting happened and it was known to even the president. We discussed many issues affecting the county and the country at large,” the governor told The Standard.

Sonko complained about being frustrated by some officials in the presidency, whom he claimed were out to make him look bad. He cited the alleged destruction of sanitisation booths that his team had installed in the city.

Sources said the meeting with the DP came in the wake of accusations from Sonko that unnamed individuals in the Office of the President were exploiting the Deed of Transfer of key county functions to the national government.

The meeting is said to have concluded that “there will be no turning back”.

Sonko questioned why some people facing charges in court keep attending his official meetings with the Nairobi Metropolitan Service teams.

Kapseret MP Oscar Sudi reportedly picked up Sonko from his Upper Hill residence and took him to Karen where the meeting ran up to about midnight.

Sonko said yesterday he would move to court to terminate the transfer of functions.

“Please forgive me, I will never repeat that mistake again. In fact, I am starting the process of terminating the Deed of Transfer just like any other ordinary contract. I will now personally go to court to have it terminated. Let them kill me or jail me if they want,” Sonko said.

“… when we started this process, the president had good intentions, but some of his officers, especially the ones who hate me, have hijacked the process to embarrass and frustrate me with impunity.”

He further claimed the transfer of functions was rushed and that he did not have time to go through the documents.

“I will not sign (sic) [resign]. In fact, this is the time to terminate the transfer of functions deed. To date, I have not been furnished with a copy of the deed. I was not given sufficient time to even read the draft. I was told it is a good thing on service delivery to the great people of Nairobi as I deal with my court cases.

"Since I love you, the people of Nairobi, and have your interests at heart, I had to accept without even going through the document properly. I didn’t know it will turn against us, ” Sonko wrote on Facebook.

He was responding to one of his followers who had asked him to take responsibility for the mess in Nairobi rather than engage in blame games over vandalised sanitisation booths in Kibra, Kencom and Buruburu.

The governor had lashed out at a senior official at OP for allegedly giving orders for the booths to be brought down. He also accused some officials of having declared his Sonko Rescue Team illegal in the wake of the Covid-19 pandemic.

The team was apparently banned from distributing relief food and fumigating streets and residential areas in Nairobi.

“May the Lord punish all the senior government officers who gave instructions to have the sanitisation booths erected by the Sonko Rescue Team removed,” he said.

He added that his efforts in helping the central government fight the coronavirus pandemic were being scuttled due to "petty politics".

“I’m still the governor of Nairobi County who swore to defend and protect the great people of Nairobi and the Constitution,” said Sonko

The move was meant to ensure the smooth running of services at a time when the governor was barred from accessing his office at City Hall over graft charges.

Sonko was also facing an impeachment motion from members of Nairobi County Assembly.

After the handover of functions, the president created the Nairobi Metropolitan Services (NMS) and appointed Maj Gen Abdalla Badi to head the authority, deputised by Enos Momanyi.

Sonko has had a frosty relationship with NMS, with tensions escalating in recent weeks over the redeployment of 6,000 City Hall workers to the newly created agency.

He also rejected the Nairobi County Supplementary Appropriation Bill that seeks to allocate more than Sh15 billion to NMS for the transferred functions, saying the proposed allocations were contrary to the Deed of Transfer.

Coronavirus vaccine being developed by scientists from Oxford will commence its first human trials on Thursday, April 23.