How parents can help end monster of bullying in Kenyan schools

When Joash Ochieng* reported for his first day in secondary school, he was elated. His dream of joining a high school of his choice had finally materialised. Other boys who were either in their second or third year in school waved at him. He took this as a sign of friendship to come. He was wrong.

An older school boy offered to carry his luggage to the dormitory and help him settle. That was the last time he saw the box. Subsequent attempts to try and salvage some of his items were met with a stern warning from other boys. He gave up and had to wear tattered clothes handed to him by ‘sympathetic’ ones.

“I was young and inexperienced,” says Ochieng. “School was supposed to be a haven, even better than my home where poverty had taken away our dignity. But for my first year in high school, I lived under this constant fear, a dark shadow that followed me wherever I turned.”

While some forms of bullying involved some form of violence on the ‘monos’, as first-year high school students are referred to in Kenya, it also bordered on the weird.

“I was told to take a clear bottle and fill it with darkness. How was that even possible? I was beaten when I failed in this quest. I was also told to take a smelly shoe and pretend it was a phone and make a distress call to my mother,” says a teenager who did not want to be named as he is still in Form One and may face reprisals from his tormentors. Peter, now a parent to two teenagers, says he was conscripted to carry another student’s bag for a whole year after every school day. He would also be told to bring the bully some money from home. “I did not feel like going to school at some point but I had no choice,” he says.

These stories are not unique. Bullying in Kenya’s schools has been never-ending cancer that has parents and school authorities on edge. Thousands of Kenyans can attest to the ‘horrors’ they underwent at the hands of bullies during their school days.

And while it is more pronounced in boarding schools, day schools have nevertheless reported the problem.

United Nations Educational, Scientific and Cultural Organisation (Unesco) defines bullying as “aggressive behaviour that involves unwanted, negative actions, is repeated over time, and an imbalance of power or strength between the perpetrator or perpetrators and the victim.”

It further states that for a student to be considered a victim of bullying, aggression should occur at least once or twice a month or more.

In Kenya, research done by Florence Itegi about the effects of bullying in Kenya’s public schools shows that some students do miss school “either because they are bullied or because they are recipients of other clandestine activities such as extortion.” The survey findings indicate that bullying is prevalent in Kenyan secondary schools, where 98.3 per cent of boys in the sample and 97.6 per cent of the girls indicated the prevalence of the vice. A partly 1.7 per cent of boys and 2.4 per cent of the girls returned a negative response.

The research, which was published by the International Journal of Education and Research, adds that bullying interferes with the mental and physical health of children. In most cases, it thrives in secrecy, without either teachers or parents knowing.

One boy who was interviewed for the research said: “Bullying is a cycle that is very hard to break especially in boarding secondary schools. Form Ones are strangers from the time they join a school to the (time) they graduate to Form Two through promotion on the night before the reporting of “monos”.

“On this night the senior boys plan all kinds of crude behaviour against them. During our time we slept in the neighbouring forest fearing for the worst. Those who remained have stories to tell. This occasion prepares the Form Twos to take up the revenge mission as Form Ones report the following day.”

What can parents do to protect their children? One parent whose son used to come home with a bruised face as a result of bullying in a public school suggests taking up the matter with school authorities since they may not know that such cases occur in their school.

“We went to school where the authorities talked to the offending boy together with his parents. The boy owned up and the cases subsided. The mere act of bringing it up with the school authorities made them more alert to such cases,” says John Wambua*, whose son now attends a private school where such cases are almost non-existent.

Some schools in Kenya such as Peponi have an anti-bullying policy that each student has to read and sign. The school also requires the teachers to go through the document together with their classes.

“We recognise that some children will sometimes negatively affect the learning and wellbeing of others and their behaviour will be dealt with under the school’s behaviour policy,” says part of the policy.

Talking with children openly — and often — helps too. “The more you talk to your children about bullying, the more comfortable they will be telling you if they see or experience it,” Unicef says in its online tips for parents.

Other parents have sought the help of religious organisations that have anti-bullying material designed for both parents and children since bullying can affect a child’s psychology and inner sense of self-worth.

For example, Noah Munyao, spokesman for Jehovah’s Witnesses in Kenya says his organisation recognises that bullying poses a major threat to young ones today and that is why they have produced animated videos as well as online material on bullying.

“As part of our Bible education work, we have made available a wealth of free resources that have helped parents to train their children on how to deal with this vice. Our official website www.jw.org contains animated videos like Beat a Bully Without Using Your Fists, articles and worksheets that are very helpful,” says Noah.

As millions of children prepare to enter secondary school in a few months, many will hope that the learning institutions will offer safe havens for them without needlessly worrying about bullying.

*Names in this article have been changed to protect privacy.

France advance to the next stage of the World Cup as they beat Poland 3-1
Football
By Associated Press
30 mins ago
Recce officer killed, his brothers hurt in armed gang attack
Rift Valley
By Kennedy Gachuhi
41 mins ago
Premium Lessons for Ruto: What it took past presidents to make their disloyal ministers toe the line
Politics
By Caleb Atemi
58 mins ago
Premium Graft claims jolt police vetting as indiscipline among officers soars
National
By Hudson Gumbihi
1 hr ago
. 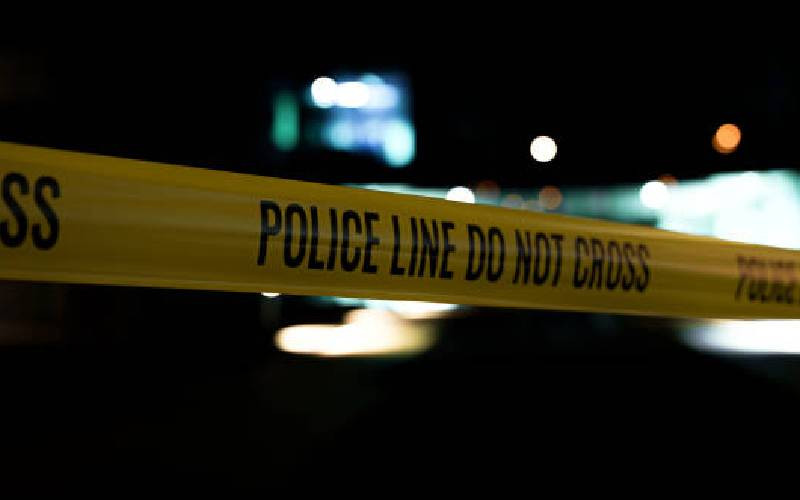 By Caleb Atemi 58 mins ago
Premium Lessons for Ruto: What it took past presidents to make their disloyal ministers toe the line
.