If I wasn’t on the lookout for the lone figure walking briskly towards me, I would have thought the unassuming man was just another ordinary fellow on the streets. However, North Imenti MP Abdul Rahim Dawood’s life is anything but.

He is a business magnate and a politician that likes to mix with the every day folks.

He never walks around with a bodyguard from the time he was first elected in 2013. He always drives himself unless he is tired or sleepy. Even the office we stepped into for this interview had a secretary’s setup, but no secretary.

Accessible and approachable – that’s the intent. An almost literal open door policy. It is also the reason he doesn’t introduce himself title first. “I just say my name, then say, ‘MP’,” he says.

“Why do you want to intimidate the person you are talking to by saying mheshimiwa? Let them find out. Our demeanor should not put somebody on the defensive. I think we should have a charm offensive.”

The conversation runs the gamut from serious matters of national importance to the mundane, like TV shows. I’m interested when he says he sometimes watches Indian shows in his free time.

I ask if he watches one of the most popular, Kumkum Bhagya.  “Kumkum Bhagya yes!” he says excitedly.

“I have heard it in English, but I am sorry to say some of the things which are said in English are not what they say in Hindi.”

“Some of the things are changed. I have heard it in Kiswahili as well.” 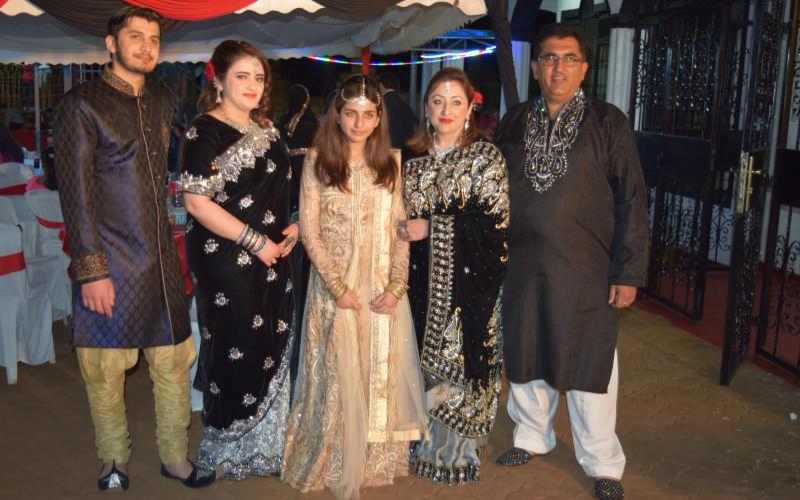 His biggest personal struggle right now is weight loss. “Somebody said that an MP should look round. Kijana fupi round. Mulmuwas. But we need to change the narrative, where we need to take care of our health. When I got married I was only 67kgs. Last year I was about 104kgs and now I am 97kgs. So my wife has given me very good food, that one I will say. Although I’m healthy my weight is too much now. My BMI is over 35, in the obese category,” he says.

I congratulate him for losing some of it. “A bit yes, but it’s not good enough,” he says. “I have been told by my doctor that I have to take care of my diet but going on a strict vegan diet is not the solution. We need to reduce our calories and the sugar intake,” he says.

As he alternates between gesturing and resting his hands on his left leg that is crossed over the other, I notice the rings. The one on his right hand is black, nothing special. A ring with a square head is on his left hand.

“It is a ring from the 1950s. My father had worn it since. This is my wife’s,” he says, pointing at his ring finger, then at his middle finger, “and this is my dad’s ring which I treasure. It is a square ring from the 1950s. It had been on his finger all through. When he passed away my mother gave it to me. It is very precious. It may not be worth as much as my other things ,but it is my most prized possession.”

But his father hated politics so Dawood never imagined he would end up being in it.

“He said business and politics do not go together. And maybe it is true. If you do politics your business suffers, and I have seen it suffer, because I have been in the hotel and fuel industry. When I became an MP I could not give time to my hotels and my petrol stations. I had to give away my petrol station and business also went down in my hotels,” he says.

An impersonator made him get into politics.

“Once just before the elections of 2007, six months prior to the election somebody was masquerading and saying that he wants to run for the elections, using my name. So I thought why not do it myself? Because people used to come and ask me whether I wanted to run and I had always said no,” he says. When he ran, he was first Councillor of Commercial Ward, then won the MP’s seat in 2013.

Dawood is, at least, a fourth generation Kenyan Asian. His great grandparents were born in Kenya, with family in Meru and relatives in Lamu.

He was the first non-Meru elected, so winning the hearts of the people was quite a feat. But being of a different race came with an old-fashioned problem – racism.

“My challenge in politics has been acceptance sometimes. In some places there is negative ethnicity, racial overtones, where my predecessor was saying I wanted to build mosques where there were churches and people would think that was what I was going to do.

“That was completely untrue. I have helped build churches in Meru. I have attended many churches. Some of the candidates even went as far as saying that my wife was not greeting people with her hands. That she would put a piece of cloth in her hands and greet people, which was untrue and really hurt.

He countered it by referring to himself as ‘Mumeru Mutune’. The red (or brown) Meru.

On being elected in Meru

He says he was accepted mainly because he was hometown so he was very much one of them, and also because of his philanthropic efforts.

“I studied in Meru before I came to Nairobi and then to England. And after the UK I came back to Meru and started working in our shop, in a petrol station. So that way I was interacting with people and I was doing CSR. I did it for many years. I had built a children’s ward in the hospital even before I ever thought I would go into politics. I built a kitchen in Meru Women’s Prison, I built a dormitory for girls at the Meru Mentally handicapped, I have built many schools and I used to build houses for many people in my constituency.

His wife, Hawa Musani, is also a Kenyan Asian born in Meru, and he says she has played a big role in his political life.

“We knew each other for many years. Where we used to have a shop, our house was in front, their house was behind. They were our tenants. But that is not when I knew her. I knew her when they moved to Nairobi,” he says.

He, however, never thought they would get married.

“You see in our culture we had arranged marriages. My wife’s father was a very good friend of my dad. My wife’s mother is my mother’s relative. So it was really a family affair. My mum told me once that I should marry her but I said, ‘No, she’s too young for me.’ She had just finished Form Four. At 19, I thought she was too young for me. I was eight years older than her,” he says.

His mother, however, proposed to his wife’s family, and they accepted it. As they courted, he would send her letters and poems.

“We got along. We would talk a lot whenever we met. But in our (culture) you do not go out with a girl before you get married. That is out of the question,” he says.

They have been married for 28 years and have two daughters. Tania, the first daughter, is in the UK and has a Masters in Pharmaceutical Science. The second one, Alisha, came 10 years after Tania, and is in now in Year 13. She is doing her A-levels in June next year.

His advice for the married?

“I know there is mpango wa kando, slay queens and all that but it is very important to stay with one partner especially in this time of Covid and HIV. You do not want to take covid to your family. I implore people to keep safe. The money you would spend on those women, you are better off spending on your children's future and your family.

“Family is the most important. At the end of the day you will leave politics and go back to your family. A lot of people forget their family when they get elected. A lot of politicians get lost in the hustle and bustle of Nairobi when they come here and forget they have a family at home,” he says.

Why I’m not on social media

“I believe that’s what brings stress. Because you know, people will abuse you, you will get carried away, answer and all that. So I believe I don’t need that stress. I only joined Whatsapp in May last year because people in Parliament kept telling me they needed to send me documents and all that,” he says.

He doesn’t drink, smoke or chew miraa, “even if I’m from Meru.”

He has a lot of plans, among them building projects like for a hotel and a hospital. His political journey is not about to end either.