Why Cairo is mother of the world 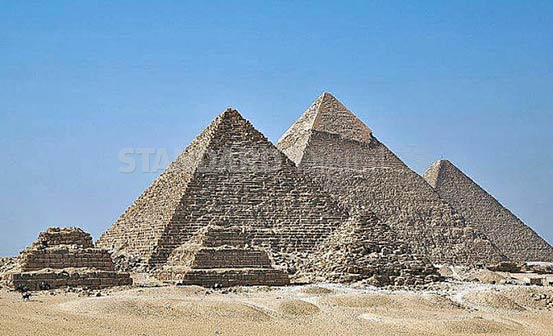 The first question that you need answered when you arrive in hot and noisy Cairo is how you would be able to move around in this crazy, teeming city, considering that its population is 18 million. Just take on the hustle and bustle of the Egyptian capital which blends the old world and the new world. It would be a folly not to enjoy a holiday in the midst of a truly warm Egyptian welcome.

Cairo is not only the largest city in the country and the Middle East but also the second largest in Africa. Located close to the Nile Delta, its history dates back to CE 989. Locals call it Umm al-Dunya — the mother of the world. Historians say it is the cradle of civilisation and merrymakers call it a city that never sleeps. Top of the sight-seeing list are the iconic pyramids, Tahrir Square in the heart of the city, the Egyptian Museum, Khan el-Khalili market, various mosques and the Cairo Tower among scores of other attractions. My first thoughts of this grand city focused on one of the Seven Wonders of the ancient World, the Pyramids. These most fascinating tombs in the world and the archaeological sites draw you to Cairo. I boarded a ramshackle taxi for the nine-mile trip to the Pyramids complex in the Giza Plateau. There are over 100 pyramids in Egypt but the ones at Giza hold the world’s attention. This 5,000-year-old monument is truly towering and much steeper than I had imagined. The 481-feet tall Grand Pyramid is an amazing feat of ancient engineering. Each block weighs one and half tons. It has the tomb of Egyptian pharaoh Cheops. Pyramids of Menkaure and Khafre. The granite blocks used as the roof of the burial chamber weigh around 80 tons each.

You can visit the King’s Chamber, one of the deepest areas in the pyramid. It is terrifying to go below and certainly not for the faint of heart. Outside the pyramids is the Sphinx, the world’s longest single-stone statue of a human-headed lion. According to records it was carved into a single mass of limestone bedrock on the western bank of the Nile during the third millennium. The Sphinx stands proudly alongside other monuments of Giza. I took a two-hour camel ride around the pyramids and the Sphinx. You will be overwhelmed by the number of vendors vying for your business and offering themselves as guides. They are untrained guides. The humble Tahrir Square or the Liberation Square in downtown Cairo is a witness to dramatic political demonstrations and revolutionary changes. The square is a large and busy area with ubiquitous traffic jams around the circle.

Nearby is the awe-inspiring Egyptian Museum which is housed in an ancient building. It features extensive collections of pharaonic history. You need at least three hours and a guide to see the main artefacts. The best part is the Tutankhamun section and the upper parts where you will discover the Egyptian civilisation. The mask of Tutankhamun is an instantly recognised piece of decoration. The iconic 613-feet high Cairo Tower in the Gezira island suburb where the River Nile flows is unmissable. This landmark structure is taller than the highest pyramid and can be seen from all corners of the capital. It is a masterpiece of structural art in the shape of a lotus. It is illuminated in different shades of colour. On a clear day, visitors can climb to the top of the tower and enjoy stunning panoramic views of the city. There is a revolving restaurant which rotates full circle in 60 minutes, and gives great views as far away as the Giza pyramids. Does the James Bond film The Spy Who Love Me ring any bells? Well, parts of this movie were filmed at the Ibn Tulun Mosque. It is one of the oldest mosques in a traditional part of Cairo which has recently been restored. Visitors are allowed to the top of the minaret but you will have to climb the narrow steps. Enjoy the panoramic views and sight of Islamic Cairo. This is one place where you will not hear the hustle and bustle of the city! Next door to this mosque is the Gayer Anderson House Museum where some parts of this Bond movie were also filmed. The beautiful Khan el-Khalili market ranked as one of the world’s oldest and greatest covered markets with old buildings and shops that take you back a century will add to the enjoyment. It is a massive bazaar offering just anything from gold, shisha pipes, fragrant oils, souvenirs and clothes. You will also be seduced by spices, herbs and the aromas of street food. There is local flavour though old-timers in Cairo say the market which was once known for its overcrowding and echoes of a packed street with people haggling in hundreds of cute little shops is changing with times. They say that authentic local touch is fast vanishing and the place is now largely geared towards tourists. But in some parts you can still find shops selling genuine Egyptian trinkets. Do not forget to haggle. And truly, the locals could well be right; Cairo is the mother of the world.