How well do you know the Brazil squad?

The Samba Boys also has the best overall performance in the World Cup competition, both in proportional and absolute terms, with a record of 73 victories in 109 matches played, 124 goal difference, 237 points, and 18 losses.

It is the only national team to have played in all World Cup editions without any absence nor need for playoffs and the only team to have won the World Cup on four different continents: once in Europe (1958 Sweden), once in South America (1962 Chile), twice in North America (1970 Mexico and 1994 United States), and once in Asia (2002 Korea/Japan).

Heading into the Qatar World Cup, many fans across the world will be watching closely head coach Tite’s selection recently announced and whether it be enough to ensure the Selecao win the World Cup for the first time in 20 years. After the World Cup 2022 draw, it’s  Brazil at +500 just slightly favoured ahead of France +550 according to Sports Betting Dime.

For most of the road to the Qatar World Cup 2022, Brazil resembled a pragmatic outfit that lacked their traditional flair and charisma and relied too much on Neymar’s eight-goal virtuosity.

That changed around mid-2021 with the rise of players who manager Tite refers to as “perninhas rapidas” (fast little legs). Raphinha, Antony, Vinicius Jr, Rodrygo and Gabriel Martinelli have brought a slippery new dynamic to the Selecao, turning it into a side that – for maybe the first time since 2006 – fans truly believe can win the World Cup.

Add to that a backline formed of Alisson (with Ederson a luxury reserve), Thiago Silva and Marquinhos that has been almost impregnable over the past four years, and suddenly the hype seems more than justifiable.

Tite, has named no fewer than nine forwards in his 26-man squad, highlighting not only his breadth of options up front, but also giving an indication as to the sort of high-pressing, attacking strategy we can expect to see from the World Cup’s most successful team at this year’s tournament in Qatar.

The Standard Sports helps you understand the Brazilian team further.

Who is Brazil's manager for the 2022 World Cup?

He is a charismatic figure who at times comes across like a priest for the way he dresses and speaks, Tite has already announced that he will leave his post after the World Cup. He has transformed the team after the 7-1 Gotterdammerung in 2014 and their Copa America group-stage exit two years later.

The 61-year-old Tite, whose childhood mentor Luiz Felipe Scolari led Brazil to their most recent World Cup win 20 years ago, has already announced he will step down after this tournament after six years in charge of Brazil.

Who is Brazil's best player?

Neymar is just two goals away from equaling Pele’s record as Brazil’s all-time top scorer. If that isn’t enough motivation, the PSG superstar has already hinted that this might be his last World Cup.

Now aged 30, finds himself at the tip of Brazil’s attack, with the support of youngsters such as Vinicius Jr, Gabriel Martinelli and Rodrygo.

How many players are Brazil taking to the 2022 World Cup?

National managers were allowed to bring 26 players to last summer’s European Championship for the first time at a major tournament, as a special measure brought in due to the COVID-19 pandemic – while last year's Copa America allowed squads of 28 players.

Now it has been announced that 26-player squads will return for the Qatar World Cup, an expansion from the usual 23-man teams.

Who is the oldest player?

Dani Alves, the 39-year-old former Barcelona right back, was also included in the list, which features eight defenders and six midfielders, despite not playing a competitive match in two months.

Alves will be the oldest player ever named in a Brazilian World Cup squad, but his long history with the national side and changing room leadership were not the main reasons he got a spot in the squad.

He adds technical and tactical aspects that are impressive, to be an organiser, an articulator

Who are the key defenders for Brazil?

Brazil will take four centre-backs – Juventus’s Bremer, Paris Saint-Germain’s Marquinhos, Chelsea’s Thiago Silva and Real Madrid’s Eder Militao, while leaving out Roger Ibanez of Roma, Lucas Verissimo of Benfica and Gabriel Magalhaes, whose goal at the weekend put Arsenal back at the top of the English Premier League.

Who will Brazil face in Qatar?

Brazil will play in Group G, with Serbia, Switzerland and Cameroon. Serbia and Switzerland also had the misfortune to be in Brazil’s group four years ago in Russia, when the Brazilians lost to Belgium in the quarter-finals. Brazil’s World Cup campaign in Qatar begins against Serbia on November 24. 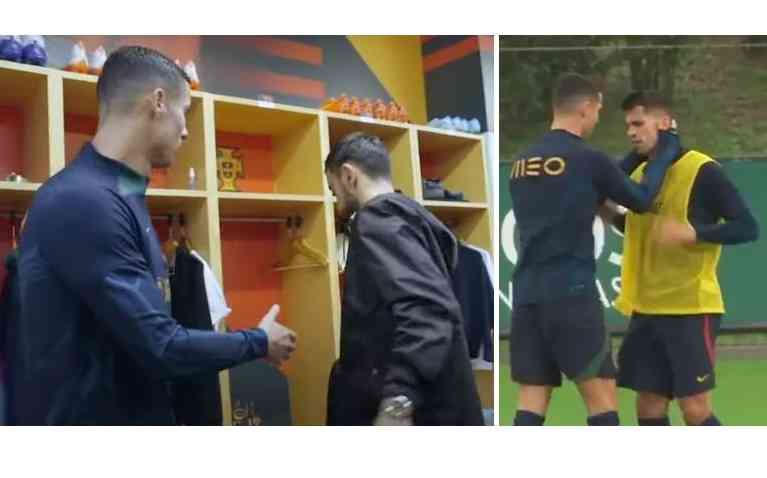