As the National Boxing League enters the penultimate stage, champions Kenya Police and archrivals Kenya Defence Forces are locked in a titanic battle for the title as it boxes-off at Mbaraki Social Hall in Mombasa this afternoon.

The two teams are involved in a cut-throat competition in the race for top honours, the title having changed in between them for the past two decades subjecting other competitors to spectators in the league championships.

And as the policemen take to the ring this afternoon, only four points separate them after they (Police) won the first and third leg of the league championships in Kitale and Nanyuki as the soldiers snatched the second leg in Meru three weeks ago.

KDF team manager Ben Maingi said their focus is to win the title and nothing more.

“Our focus is to win the league title and our seriousness was registered on our performance in Nanyuki and ready to repeat the same feat this weekend,” Maingi told Standard Sports.

Africa Zone Three super heavyweight champion Elly Ajowi is ready to prove to his archrival Fred Ramogi of KDF that he is the undisputed champion in that category.

Ajowi has beaten Ramogi twice this year in the finals of the first three legs of the league championships in Kitale and Nanyuki but the soldier failed to take to the ring in Meru.

He said he is not ready to relinquish the crown anytime soon after snatching it from the soldier three years ago.

It’s evident, boxers who featured in different international assignments in the recent years dominated their opponents in the first three league championships with Nairobi County emerging as the only side that seems to be giving such experienced pugilists a run for their money.

Nairobi County boasts of lightweight Joshua Olive who lost to policeman Ethan Maina in the finals in Nanyuki.

Olive has been included in the National Youth Team heading to Spain for the World Youth Championships in Alicante next week.

Africa Zone Three middleweight silver medallist Elizabeth ‘Jaber’ Akinyi of Kentract Boxing Club is among the renowned female boxers who have not featured in the league assignments since it boxed-off.

Share this article on social media
Previous article
Rugby: KCB to renew rivalry with Nondies in in Impala Floodlight final 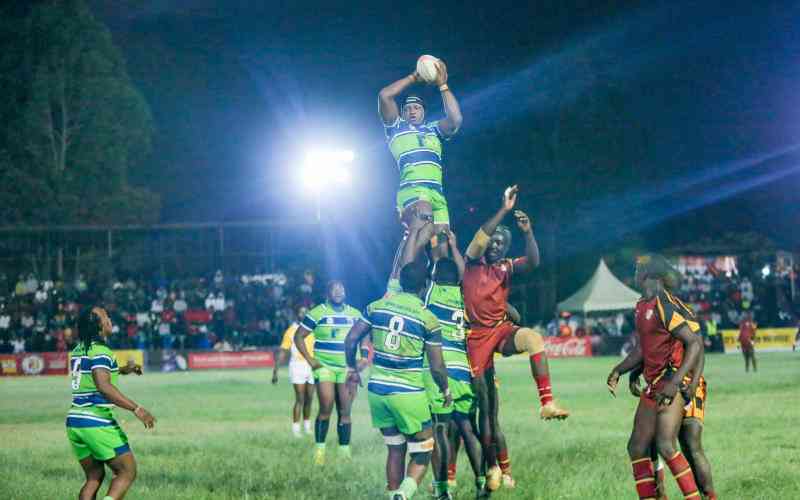