Kiplagat, who has competed in all the six World Marathon Majors series races, must be at her best to counter Ethiopia’s Gotytom Gebreslase, who has enjoyed an excellent past two years including winning the 2021 Berlin Marathon and gold at the 2022 World Athletics Championships in Eugene.

So far, Edna has competed in all the six WMM races, twice at the World Championships and the Olympic Games –a feat no athlete on the planet has achieved save for America’s Shalane Flanagan, who did it for fun last year.

Gebreslase also finished third in the 2021 Tokyo Marathon and will once again be one of the favourites in the Big Apple.

Hellen Obiri will step up to the legendary marathon distance for the first time in her career, having won silver in the Olympic 5,000m races at Tokyo 2020 and Rio 2016, in addition to gold at the World Athletics Championships in London in 2017 and two years later in Doha.

While it may be her first attempt at 42.195km, Obiri is in no doubt as to what she is looking for this weekend in the Big Apple.

“I aim to win - the time doesn’t matter,” Obiri said in an earlier interview.

“It will be my first marathon, but I have prepared well so far and will give it my best shot. I am really looking forward to the race - I know the competition will be strong, but things have gone well this year and I hope New York will be the highlight.”

Kenyan-Israeli athlete Lonah Chemtai Salpeter is the fastest woman in the field with a PB of 2:17:45. Among her accolades, she won the 2020 edition of the Tokyo marathon and came third at the World Athletics Championships in Oregon.

Among the homegrown talent on display, Keira D’Amato was recently added to the field, with the former American record holder (since broken by Emily Sisson) joined by Sara Hall (second in the 2020 London Marathon and third in the 2021 Chicago Marathon) on the start line.

There is also former Olympic tennis champion Monica Puig in the amateur starters race. The Puerto Rican won tennis singles gold at Rio 2016 to become the first-ever Olympic champion in her country’s history.

The men’s field sees reigning champion Albert Korir return to the scene of his greatest triumph as he aims to retain his title on Sunday.

Having come second in the 2019 edition of the race, the Kenyan ran home first in 2:08:22 to become the 2021 champion and win his third marathon in North America following the 2019 Houston Marathon and 2019 Ottawa Race Weekend.

He will face stiff competition from Kenya’s 2022 Boston Marathon champion Evans Chebet who will be hoping for a second Marathon Major of the year. The 33-year-old holds the fastest personal best in the field having set a time of 2:03:00 in Valencia in 2020.

Ethiopia’s Shura Kitata, the winner of the 2020 London Marathon, will also be counted as a favourite, having come second in the 2018 edition of the New York City Marathon.

The USA’s hopes are led by Rio 2016 bronze medallist Galen Rupp (PB 2:06:07) who will have the home crowd behind him as he races through the streets of New York. 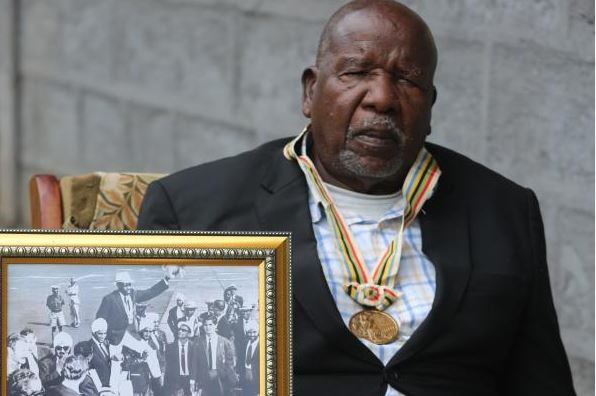