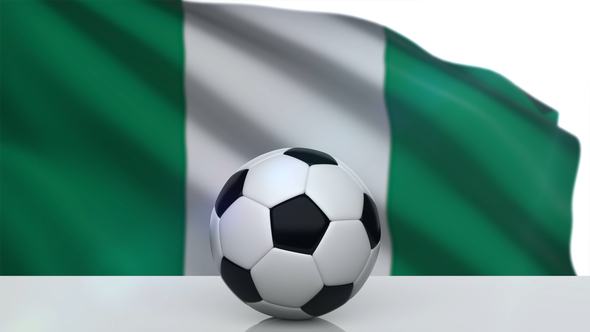 Nigeria have less than 48 hours to sort out the running of their football federation if they want to avoid the possibility of being banned by FIFA from international soccer, including exclusion from next month’s African Nations Cup qualifiers.

Soccer’s governing body issued the country with a final warning due to alleged state interference in the running of the Nigerian Football Federation (NFF). FIFA’s recognised leadership were kicked out of the NFF and a rival faction has taken control.

FIFA do not accept third party interference in its member federations and said the NFF must be led by its elected president, voted in 2014. If that does not happen, FIFA said it would suspend Nigeria.

“The suspension would be lifted only once the NFF, under President Amaju Pinnick and General Secretary Mohammed Sanusi, confirms that it has been given back effective control of the NFF and its offices,” said FIFA.

Pinnick’s long-standing rival Chris Giwa took control after a recent court case recognised him as the NFF president at the end of a protracted legal protest of the 2014 election results.

Giwa was handed a five-year ban by FIFA for breaches of the NFF statutes and the FIFA code of ethics in February last year. But he appears to have the backing of the Nigerian government, whose sports minister Solomon Dalung had a request to meet FIFA this week turned down.

He had included Giwa in his proposed list of delegates to travel to Zurich to see FIFA president Gianni Infantino – an idea FIFA rejected.

If Giwa’s faction do not vacate the offices by the Monday’s midday (11.00 a.m. BST) deadline, FIFA is expected to impose a ban.

Nigeria are due to play a qualifier for the 2019 African Nations Cup in the Seychelles on Sept 8 but a ban could lead to an expulsion from the preliminaries.

Nigeria have a long history of being threatened with FIFA sanctions for government or court interference in NFF affairs but have previously always backed down.

Ghana were also warned on Tuesday but their government has quickly climbed down over a proposed legal bid to wind up the country’s football association (GFA) over corruption allegations.

They have agreed to work together “to offer leadership in reforming football administration in Ghana and in Africa” and will set up a so-called “normalisation committee” to administer football in the country as well as a task force to create disciplinary, governance and auditing mechanisms.

The GFA became embroiled in a scandal when its president Kwesi Nyantakyi was filmed by an investigative journalist in a hotel room appearing to take a $65,000 bribe from a supposed businessman seeking to sponsor the Ghanaian football league.

Nyantakyi resigned as GFA president and from the posts he held with FIFA and the Confederation of African Football (CAF). He denies any wrongdoing.

In June, the government began a process to wind up the GFA and police locked down the GFA offices, declaring the building a crime scene.