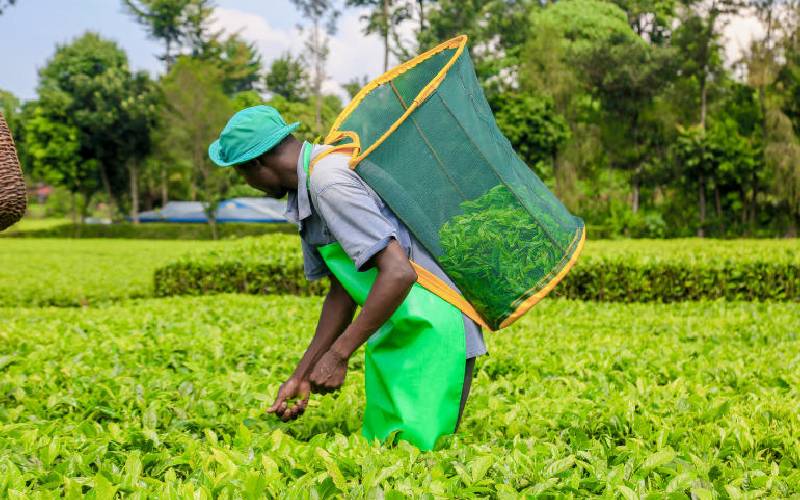 Bomet Governor Hillary Barchok has delivered a consignment of tea to the Islamic State of Iran in a move to prove his critics wrong.

The county chief travelled to the Middle East country with a delegation of 15 people to deliver the consignment at the weekend.

The consignment was flagged off from the county two months ago, and at the weekend, Dr Barchok ensured that the delivery of the tea in the foreign country was beamed live on social media as evidence that he meant business.

Barchok and the delegation, comprising farmers and ward representatives, are currently in the Middle East country for a ten-day tour.

He said he would now be vindicated from accusations that the flagging off was a hoax.

“We have officially received the tea, and I can confirm it safely arrived in Iran and sold off,” said Barchok.

The deal to start selling tea directly to Iran had kicked off a heated debate which saw the Ministry of Agriculture through Cabinet Secretary Peter Munya weigh in on the matter.

Munya had termed the deal as fake, saying the county neither involved the ministry nor Kenya Tea Development Agency (KTDA). He asked the farmers to ignore it.

The CS said there was no tea from Bomet that passed through the Port of Mombasa to Iran.

Bomet County Assembly Leader of Majority Josphat Kirui, who is accompanying Governor Barchok in Iran, said it was now official that the county would do business with Iran.

“This is an opportunity for our small-scale farmers to reap maximum benefit from their tea produce,” Kirui said.

“I have witnessed that Iran market is insatiable, and we can capitalize on it to ensure our small scale farmers benefit and earn good money by selling our tea directly,” he added.

Barchok has further signed an agreement with the Iranian business people to ensure 40 tones of tea are shipped weekly to the country.

Singorwet ward representative Alfred Langat said Iran has agreed to buy tea from Bomet at three dollars (Sh331.50) per kilo and were willing to negotiate for better prices in future.

Langat said they could not resist the deal because it is double what the Mombasa auction is offering.

“Our tea is currently fetching 1.8 dollars (Sh198.99) per kilo at the Mombasa auction, and our direct sale to Iran will mean farmers will earn double what they could have earned,” Langat told The Standard on phone.

Langat said they were ready to approach farmers through KTDA directors to have all tea being processed in the county to be channelled to Iran.

“This is a big achievement that no one should ignore. From today, we are going to ensure all tea belonging to our farmers, either processed by KTDA managed factories or private factories, are sold directly to Iran,” he added.

At the same time, it emerged from the trip that the tea shipped to Iran was from two private factories.

The Singorwet MCA defended the move to source tea from the two factories, saying it was not possible to obtain tea from KTDA managed factories because of leadership changes brought about by the enactment of the Tea Act.

Langat, however, said all factories must now participate in the sale of tea to Iran.
Barchok said he would not look back in his push to have tea farmers realize good returns from their produce.

“I will not listen to political noise from any quarter but focus on ensuring that our deal continue and farmers earn better from their produce,” he said.

The country requires over 300,000 units every year in a bid to address the demand.