By Awal Mohammed | 2yrs ago 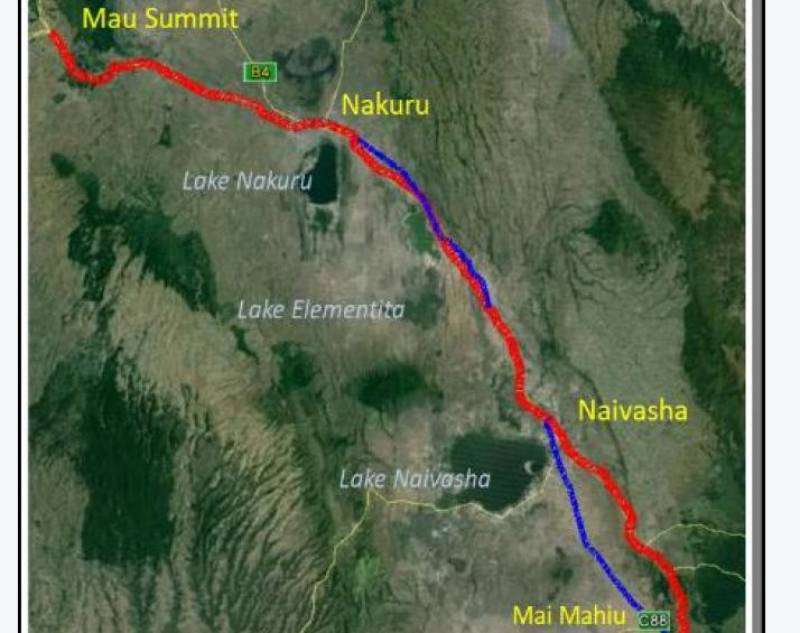 Kenya will construct one of its first toll highways after clinching a deal for the expansion of the Rironi – Nakuru – Mau Summit highway at cost of Sh160 billion.

President Uhuru Kenyatta witnessed the signing of the commercial agreement for the deal during his recent official visit to France.

The road that links Kenya to Northern Tanzania, is touted as the largest Private Public Partnership (PPP) project in Africa with the entire cost of the project to be funded by private investors under a French consortium of companies, led by Vinci Highways-Concessions Company.

The 233 kilometre road will serve the Naivasha Inland Container Depot (ICD) and the proposed Industrial Park in Naivasha while also linking the country to South Western Kenya and Northern Tanzania.

“The Northern Corridor is an important artery for goods and people moving between the eastern and western parts of Kenya. Uganda, Rwanda and South Sudan rely on this transport corridor for their imports and exports,” said Transport CS James Macharia.

The project is expected to be undertaken on a PPP basis that will see the consortium raise funds for the road’s design, construction and maintenance and later operate the road on pre-agreed standards and specifications.

The consortium will then recover the funds from the road through user fees (tolls), after designing, building, and maintaining it for 30 years before handing it to the government.

The contractors will also be granted the operation and maintenance of the Southern Bypass, including the Gitaru to Rironi segment in Kiambu County.

According to plans, the contractor will expand the 175km between Rironi in Limuru to Mau Summit in Nakuru County into a four-lane dual carriageway.

The contractor will also be expected to strengthen and widen the existing Rironi - Mai Mahiu – Naivasha road to become a 7m carriageway with 2m shoulders on both sides, while also constructing a 4km viaduct (elevated highway) through Nakuru town, and improve interchanges along the highway.

CS Macharia said the expansion of the Rironi – Nakuru – Mai Mahiu road, part of the Northern Corridor, has also been necessitated by high levels of congestion witnessed in the highway in recent years.

"In designing and building this modern highway, the government will rationalise the use of scarce road space. The highway will improve traffic flows, reduce traffic accidents, and facilitate proper management of heavy commercial vehicles," said Macharia.

This comes after the country inked yet another deal that will improve the arid and semi-arid lands (ASAL) rural roads improvement project that will open up the northern rural areas of Kenya.

The ASAL project is financed by a concessional loan of Sh7.56 billion from AFD and a grant of Sh3.78 billion from the EU, that will be implemented by the French development agency.

The road rehabilitation project will improve mobility and access in the six ASAL counties of Isiolo, Laikipia, Marsabit, Meru, Samburu and Tharaka-Nithi.