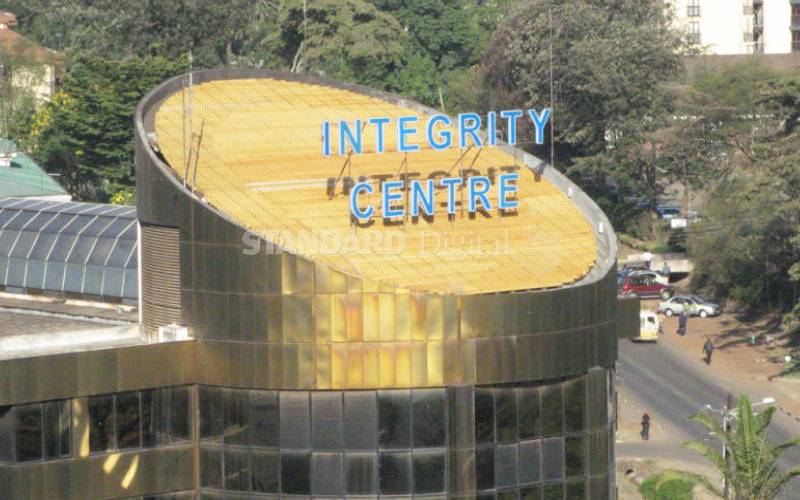 The Ethics and Anti-Corruption Commission has summoned 34 Elgeyo Marakwet county government senior officers over a suspected loss of more than Sh300 million.

The officials include seven county directors and several procurement and finance department heads.

They have been asked to appear before EACC for questioning over their involvement in award of contracts.

EACC North Rift manager Mutembei Nyagah said investigators have obtained documents linking the 34 to bribery, abuse of office and embezzlement of funds amounting to between Sh300 million to Sh400 million.

Nyagah said the EACC has started questioning some of the officials, noting that all of them will record statements before close of business next Wednesday.

"Our officers have been camping in Elgeyo Marakwet county for a week."

He said the agency will forward the officials’ files to the office of the Director of Public Prosecutions as soon as questioning is concluded.

The EACC, in a letter to county secretary Paul Chemutut, said the senior officials are required to shed light on dealings suspected to be riddled with corruption.

An official identified in the EACC documents as Robert Kiptoo is wanted to record a statement about his alleged dealings and interest with a company that has been winning contracts in the county.

Seven county directors, who have been acting as Chief officers for nearly a year after Governor Alex Tolgos sacked all COs in November last year, are on the agency's radar.

Tolgos said the investigations are informed by witch-hunt, noting that county officials have cooperated with the EACC and provided information required in the ongoing probe.

Among the contracts flagged, according to the EACC documents seen by The Standard, include improvement of Kaptagat-Kaptarakwa roads, maintenance of Chebororwa-Lochin road, construction of four motorcycle shades and an EDCE centre.

From Monday, EACC is expected to question three officers per day until Wednesday when the exercise will be concluded.

Nairobi Governor has challenged investors to take advantage of incentives his administration offers to promote sports and build talent in the county.