By Brian Okoth | 2mos ago

Sports Kenya has written to Deputy President William Ruto saying that the Nyayo National Stadium won’t be available to him on August 6, the last day campaigns should be held ahead of the August 9 General Election.

The Independent Electoral and Boundaries Commission’s rules dictate that all election campaigns should cease 48 hours to the general election.

Pius Metto, the Director-General of Sports Kenya, said Nyayo National Stadium has been booked by other people for peace concerts between August 5 and August 7, 2022.

The United Democratic Alliance (UDA), which is Ruto’s sponsor party, had written to Sports Kenya on June 7, requesting to be allowed to hold its last campaigns at the Nyayo National Stadium on August 6.

On July 8, Sports Kenya confirmed receipt of UDA’s interest in the venue, and even sent the fee breakdown.

As per the letter, prepared by Jacky Kaara, Sports Kenya’s Reservations Officer, UDA was directed to pay Sh300,000 for hiring the main stadium on August 5 and Sh1 million for booking the same venue, including VIP rooms, on August 6.

However, in a quick about-turn, Sports Kenya, in a letter dated July 20, said the venue won’t be available to UDA because it had been booked for peace concerts on August 5, August 6 and August 7.

“We regret to inform you that due to peace concerts scheduled to take place at both Moi International Sports Centre, Kasarani and the Nyayo National Stadium between August 5 and August 7, 2022, the facility will not be available for your use. We highly regret inconveniences caused,” said Sports Kenya’s Director-General Metto in a letter to UDA Secretary-General Veronica Maina. 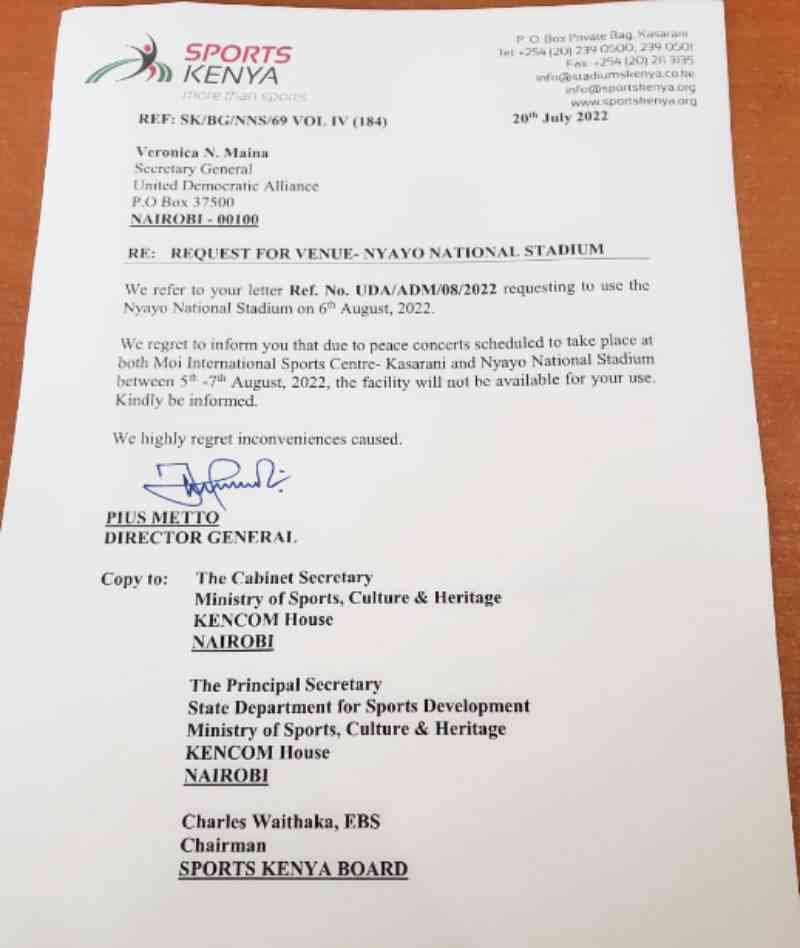 The Standard reached Metto to comment on why they rescinded the decision to allocate Nyayo Stadium to UDA for a political rally.

“I can confirm authenticity of the letter [addressed to UDA]. The reason for not allocating UDA the venue (Nyayo National Stadium) is contained in the letter,” he said.

Last week, Azimio la Umoja presidential candidate, Raila Odinga, announced that he will hold his final political rally at the Nyayo National Stadium ahead of the August 9 polls.

Sports Kenya’s Metto, in a phone interview with The Standard, denied allegations that they were favouring Raila Odinga over William Ruto.

“We’ve written to both parties, informing them that the venue will be used for other purposes,” he said.

Asked whether Azimio’s event was part of the “other purposes”, he said: “The two parties (Azimio and UDA) have received letters from us informing them of the Nyayo National Stadium use between August 5 and August 7.”

UDA vowed to continue their fight to secure Nyayo National Stadium on August 6, saying they’d use legal means to compel Sports Kenya to allocate them the venue.

Former MP urges Nyanza to work with President Ruto
Nyanza
By James Omoro
32 mins ago
Isiolo professionals hail Ruto for nominating Duale to Cabinet
National
By Jacob Ng'etich
57 mins ago
Man from dusty village in Wajir eyes PS post
National
By Macharia Kamau
1 hr ago
No excuses for men who refuse to wrap it up
BLOGS
By La Patrona
1 hr ago
. 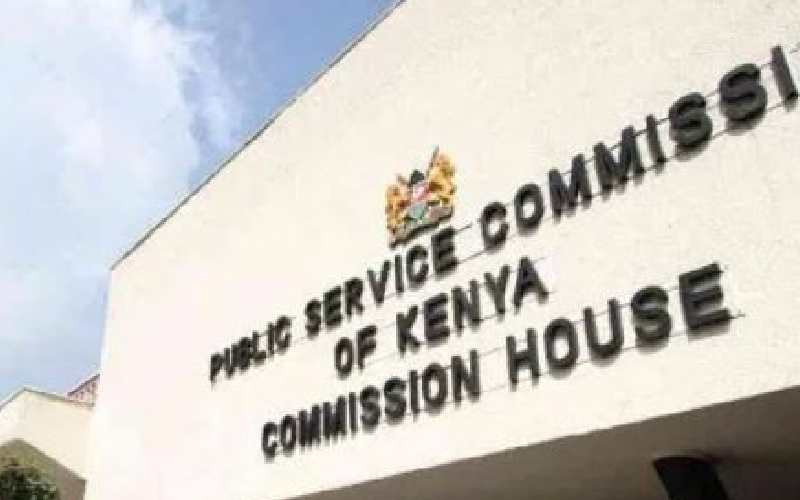 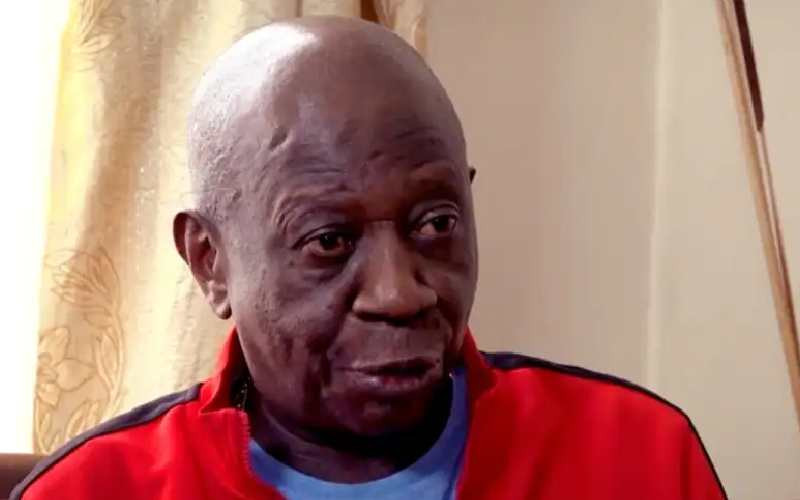