Relax, you can join and dump a political party from your phone 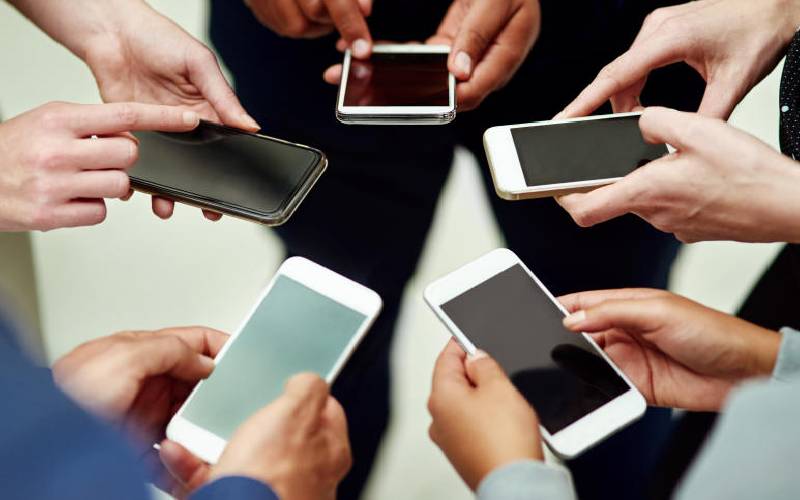 Kenyans will now join, leave and check their membership status in a political party following the launch of the Integrated Political Parties Management System (IPPMS) by the Office of Registrar of Political Parties (ORPP).

IPPMS has been integrated within the E-citizen platform and will be accessed free of charge according to the Registrar of political parties and among other things meant to manage and maintain the database for political parties’ records.

The move comes five months after a pilot version of IPPMS was temporarily deactivated after many Kenyans who accessed the platform protested being registered in parties without their consent, which raised questions over the security of citizens' data.

However, without going into specifics of legal and technological policies and systems to protect the public’s data, Cabinet Secretary Ministry of ICT, Joe Mucheru, and Data Protection Commissioner Immaculate Kassait assured that systems have been put in place to safeguard such data.

“After we received complaints, we sat with the ORPP and we got an assurance that those who complained to us, 300 of them were deleted from the register,” said Ms Kassait.

The Data commissioner who is in favour of compliance other than regulation, said “If you find yourself in a political party, you have the option to actually opt out. Our conversation found that those were more progressive ways of bringing people to the table.”

“The data protection Act provides for self-regulation… that’s why we make political parties the first line of call before they go to the next level of data commissioner,” added Kassait.

“I want to assure citizens that their data is safe,” said CS Mucheru.

Cognisant of the digital acclimatisation of a huge chunk of the population, the ORPP explained that the goal was to reduce the enormous task of dealing with paperwork when political parties register and deregister members and adapt to changing times which require all systems be digitised.

The IPPMS is also designed to pull in young people in the political process since they are widely connected to technology.

The IPPMS was optimistically received with different stakeholders within government and civil society, others still believe the system requires additional security by virtue that it is directly linked to the electoral process.

“Because E-citizen is a state regulated platform, I believe there are some dangers because the government is formed by political parties. We must be very cautious of how it is used in the future,” said Benedict Wachira, Secretary-General, Communist Party of Kenya.

Others like David Ohito, the Secretary-General of the United Democratic Movement (UDM) is confident that IPPMS is a lifeline for small parties that run on donations and can help them leap into the political arena and challenge the other bigger parties.

“This will be an easier and cheaper method to register members across the board and it helps to clean up the register especially for those who have died,” said Ohito.

With 84 parties fully registered with the ORPP, only Jubilee Party and Orange Democratic Movement (ODM) receive funding from taxpayer’s money, a total of Sh519 million disbursed in 2021.

According to the Political Parties Act, 2011, 0.3 per cent of the national revenue is allocated to finance activities of political parties. The Act stipulates that a party qualifies for funds if it secures at least five per cent of the total number of votes at the preceding general election.

“Without political party’s fund, most of the unfunded parties might not find the platform useful. Beyond this, funding must also come to all political parties based on their performance in the previous election,” argues the Communist Party SG.

The launch of the IPPMS came concurrently with the unveiling of the ORPP’s 2020 to 2025 strategic plan which focuses on registration and documentation of political parties, regulation of the parties, strengthening institutional capacity, strategic partnership and political parties’ participation in elections.

Kenya has called upon nations to prioritise the ocean action agenda at the UN climate negotiations in Glasgow to save biodiversity.

By Anthony Gitonga and Kennedy Gachuhi | 3 hours ago

Shallow to vie for senate seat after clans' talks ahead of 2022 polls
;
Feedback