Voting is underway in the Juja and Bonchari parliamentary by-elections.

This comes as the Independent Electoral and Boundaries Commission prepares to deliver results for three by-elections perceived to be an acid test for President Uhuru Kenyatta, Deputy President William Ruto and ODM leader Raila Odinga.

A by-election is also happening in Rurii Ward in Nyandarua County where Jubilee is battling United Democratic Alliance (UDA).

A spot check in the two constituencies reveals that voters had lined up from as early as 5 am.

The electoral agency opened the polling stations some minutes after 7 am.

The two by-elections took a popularity contest with either party accusing the others of harassment and intimidation. 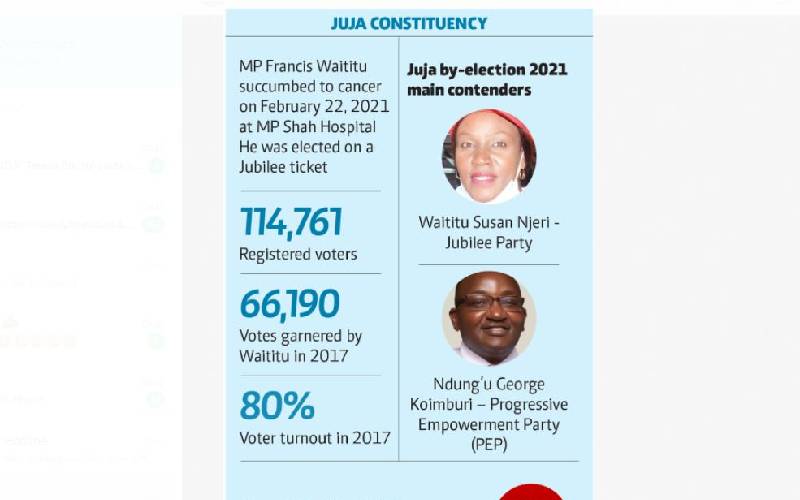 Waititu was elected on a Jubilee ticket during the 2017 General Election. He garnered 66,190 votes.

According to IEBC, Juja constituency has 114,761 registered voters.

The 2017 General Election had an 80 per cent voter turn-out which saw 91,801 Kenyans casting their votes in the region.

11 candidates were cleared to contest.

The ruling Jubilee Party, ODM, UDA and Maendeleo Chap Chap are among those that have fielded candidates in the by-election occasioned by the death of area MP John Oroo Oyioka. 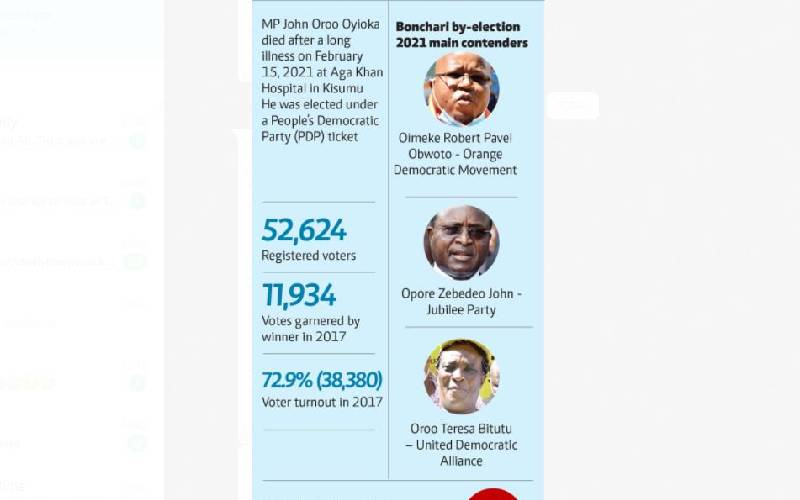 The Gusii region has been known to see fringe parties triumph in elections as so-called big parties are left high and dry.

Despite winning the Kisii gubernatorial, senatorial and woman rep seats, ODM emerged empty-handed in constituency seats with no parliamentary candidate in the area winning on the Orange ticket in 2017.

While ODM is seeking to consolidate its support in Kisii which is regarded as its base, Matiang’i is said to be keen on ensuring Jubilee Party wins to weigh his support in the area.

By Fred Kagonye 15 hrs ago
Johnson Sakaja, Polycarp Igathe meet up for coffee