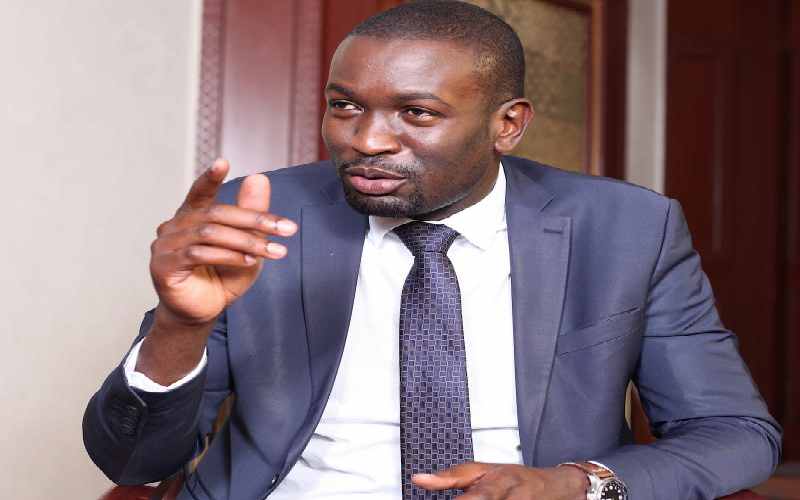 According to ODM Secretary General Edwin Sifuna (pictured), the Orange party will give a share to Ford Kenya immediately recent changes in the lion party are confirmed by the court as expected.

"We are ready to give you part of the money so that you can embark on strengthening your party," Sifuna told Kanduyi MP Wafula Wamunyinyi, who claims to be the party's interim leader.

Speaking at the burial of Morris Mulupi, the elder brother of former assistant minister Alfred Khangati in Kanduyi, Bungoma County on Saturday, Sifuna said ODM would not have released the money to Bungoma Senator Moses Wetang'ula, who continues to hold on to the party leadership pending court determination later this month.

Sifuna said Ford Kenya will receive their allocation once the court confirms Wetang'ula's removal from the party's helm.

"We recognise you as Ford Kenya party leader and co-principal in NASA. In fact, we shall have NASA back so that we can work together going forward," Sifuna told the embattled MP.

Just recently, Ford Kenya faction led by Wetang'ula expelled Wamunyinyi and Tongaren MP Eseli Simiyu from the party, accusing of them of rocking the boat from within.

But the two leaders poured cold water on Wetang'ula's action, arguing that the changes in the party were legal.

"Ford Kenya takeover is final, nobody should lie to you that the political outfit will revert to Wetang'ula; we are fully in charge," said Wamunyinyi.