The Supreme Court of Kenya has nullified election of Ugenya MP Chris Karan and ordered the Independent Electoral and Boundaries Commission (IEBC) to conduct fresh elections in the constituency.

The Court of Appeal had earlier nullified election of Ugenya MP before he proceeded to the Supreme Court to file an appeal.

Mr Karan, who contested on an ODM ticket, had gone to the Court of Appeal to try to overturn a High Court verdict that nullified his victory on grounds that he was not validly elected.

Former MP Irshad Sumra had challenged Mawathe's win at the Court of Appeal after High Court Judge Grace Nzioka dismissed his initial petition. Mawathe then appealed at the Supreme Court.

At the same time, the Supreme Court has upheld election of Nandi Hills MP Alfred Keter and Marsabit Woman Rep Safia Sheikh Adan and declared they were validly elected.

The petitioner, Bernard Kibor was seeking nullification of Keter’s election after the Court of Appeal in Eldoret ruled that the Nandi Hills MP was validly elected. The judges further ruled that the petitioner Benard Kitur did not provide sufficient evidence that Keter engaged in election malpractice by campaigning beyond the stipulated time.

The Nandi Hills MP challenged the decision, on March 1, by High Court judge Kanyi Kimondo, nullifying his election following a successful petition by Bernard Kibor who vied as an independent candidate.

“But to the cartels, Keter is back in Parliament, you remember when you were fighting me through the courts I was strong, you can imagine minus court cases I will not relent, I will continue to ensure our country is free from corruption,” Keter said. 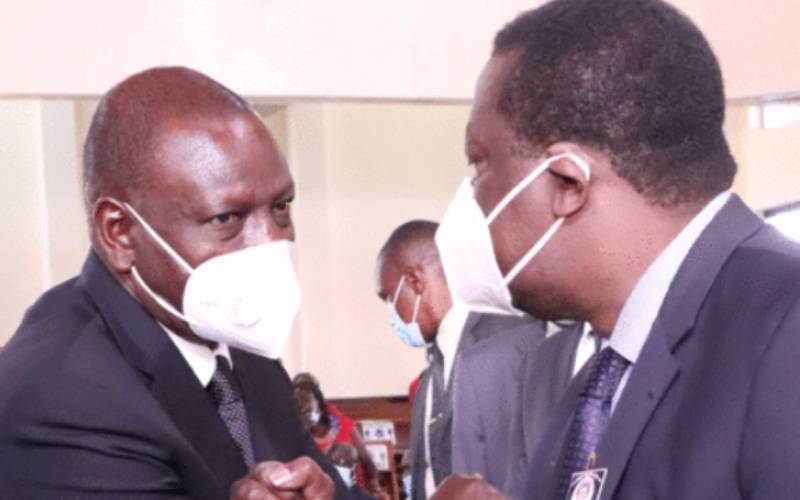 By Jacob Ng'etich | 7 hours ago