Ocean can speed up post-Covid recovery 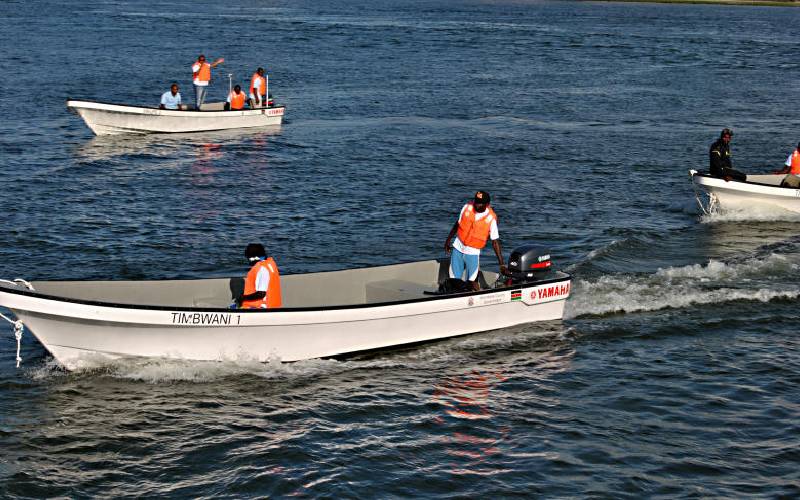 As Covid-19 continues to exert pressure on dwindling State revenues, devising strategies to revitalise the economy should be our top priority. With many businesses closed down, thousands of jobs lost and livelihoods destroyed, millions of Kenyans are staring at a bleak future.

The last time Kenya was hit by a major economic crisis was in 2007-08 after the disputed presidential election results. To mitigate the impact, the government rolled out economic intervention plans such as the Post-Election Violence Recovery Programme. A notable improvement in the economy was realised as a result.

Generally, there is a common lesson to learn from initiatives geared towards recovery from crises. In that respect, policymakers can draw inspiration from what has worked in response to previous crises as they plan to get the country back on its feet. The government can borrow from past experiences and come up with infrastructure and capabilities required for long-term resilience.

There is no magic bullet for this economic downturn. There is a lot of work to do to revive key sectors that were hardest hit by the disease. Among others, tourism, fisheries, airlines, recreational facilities, entertainments and restaurants have been devastated by the pandemic.

Most economic interventions have focused on delivering short-term relief such as easing critical expenses, maintaining employment for citizens, and giving businesses liquidity support to help them stay afloat. That is not a bad idea. However, a more resilient approach would help stabilise cash flows and give the State more revenue.

To inject more money into the economy in the long run, the blue economy fits the bill. There are a lot of unexploited areas in this sector that cannot be ignored.

The world’s ocean economy is valued at around $24 trillion in terms of asset base, according to the World Wildlife Fund estimates. It generates around $3 trillion annually from the combination of aquaculture, fishing, tourism, shipping and other activities, with over 3 billion people depending on it for their livelihoods.

According to Food and Agriculture Organisation 2016 estimates, Kenya’s aquaculture potential alone stands at 1.14 million hectares of farming area, with a capacity to produce 11 million tonnes of fish annually valued over Sh750 billion.

In 2018, the Kenya Maritime Authority estimated the annual economic value of goods and services in the marine and coastal ecosystem of the blue economy in the Western Indian Ocean at more than $22 billion, with Kenya’s share slightly over $4.4 billion (20 per cent) and tourism taking the lion’s share of more than $4.1 billion.

Data from United Nations Development Programme indicate that the full economic potential of marine resources has not been exploited, yet Kenya has a maritime territory of 230,000 square kilometres and a distance of 200 nautical miles offshore.

Kenya has not yet fully invested in this potentially lucrative area, which could be a potential solution to the food insecurity through maximising the harvesting of seafood and creating economic opportunities for the citizens.

Apart from fishing, Kenya can diversify and invest more in other ocean activities such as extraction of non-living resources (seabed mining), marine biotechnology and generation of untapped resources (energy and freshwater).

If the potential of the blue economy is fully tapped, that would be a catalyst for post-Covid-19 economic recovery.

The question that begs a clear answer is: What challenge hinders the harnessing of the blue economy?

If acted upon, research data by Kenya Marine and Fisheries Research Institute can start the policymakers off on the right footing.

It is worth noting that natural assets that the ocean economy relies on are eroding swiftly under the pressure of human activities. Unregulated and illegal fishing mostly by foreign vessels are hampering the sustainable exploitation of ocean resources occasioning loss of income for Kenya. Each year, Kenya loses fish worth Sh10 billion to illegal, unregulated and unreported fishing.

Reports indicate that most foreign fishing vessels do not land in Kenya, in contravention of the Fisheries Management and Development Act that stipulates that part of their catch must be landed in Kenya. That move undermines government efforts to promote local fisheries.

Wiper, however, dismiss the allegations, saying their opponents have sensed defeat

To speed up industrialisation, State should increase support to MSMEs
;
Feedback