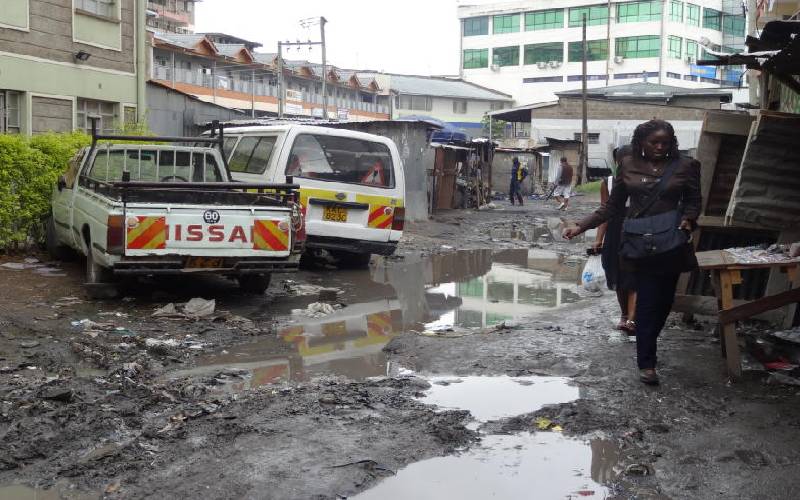 Two years ago, the National Construction Authority said more than 70 per cent of buildings in Nairobi were unsafe for occupation. A rough estimate shows this is about three out of every four buildings.

The authority depicted a worrying situation regarding the safety of the buildings in the city and its environs. The authority attributed this to the collapse of some buildings, including poor workmanship, lack of adherence to construction regulations, lack of professional input, and use of poor quality construction materials.

But there remains one area of safety rarely looked at in some buildings in Nairobi and other parts of the country — the drainage and sanitation systems.

The last decade has seen a boom in private property development in upmarket Nairobi and other parts of the city, but a keen observer will realise that little attention is being placed on how the sewerage system has been set up, or where the sewage ends up.

The home is important for psychosocial reasons as well as its protection against the elements. It is the environment in which most people spend the majority of their time. But it can also be the source of a wide range of hazards (physical, chemical, biological).

Many people have contracted diseases in the homes, but few realise these are as a result of poor drainage and sanitation systems in the places they live.

The lack of proper sewer infrastructure outside of central urban areas means that vast quantities of wastewater are simply not treated.

And this, in turn, results in sanitation waste being abundant in urban communities — with a devastating impact on health, dignity, education and economic development.

Sewage is wastewater which contains human excreta (faeces and urine), laundry waste, and often the kitchen, bathing and other forms of wastewater too. It is highly pathogenic, meaning that it contains many disease-causing organisms.

In Nairobi, only 40 per cent of dwellers are connected to a sewerage system and as the city has grown, more poor urban settlers have been pushed into low-income settlements, where there is little or no water or sanitation.

Most sewerage projects have focused on the ‘large investment items’ — trunk sewers and sewage treatment facilities — with scant attention, plans or investment in tertiary street drains and sewers or the house connections to collect the wastewater from homes. Unfortunately, the use of poor quality materials and installations allow vast amounts of stormwater with hardly any ‘real’ sewage to flow into the treatment plants.

Essentially what happens is that the sewage treatment plants receive little more than ‘dirty stormwater’ – with negligible benefits to public health and the environment and high processing costs to the water companies. The household faecal wastes remain mostly untouched and uncollected – under or nearby to the home or local drains and waterways – when they should have been connected and removed by the new sewers and delivered to the plants for safe treatment and disposal.

In some parts of the country, the challenge is that many residents’ septic tanks are connected directly to open drains – so that all their waste flows directly into the environment, often without residents even knowing.

In other areas, residents pay for their waste to be collected by a vacuum tank operator, which then simply dumps the waste into a river a few miles away. The problem is shifted from the house, but very much remains in the environment.

It is therefore important that policies, strategies, plans, designs, and financing mechanisms always need to include the ‘last mile connecting infrastructure’ so that households connect to the sewers and transport it to plants for treatment.

The world is significantly off track for all of Sustainable Development Goal 6, and poor management of sanitation waste has a particular impact on SDG 6.3. This SDG is important because poor sanitation waste management in urban areas has a catastrophic impact on the health of urban dwellers. It affects the whole city and even richer residents are not immune, for example when they eat vegetables irrigated by water mixed with sewage.

But, for the poorer residents, the risks are far higher. They will live in communities where harmful bacteria are rife. They might have to wash their clothes in dirty, polluted water. They will almost certainly be reliant on water from damaged pipes, increasing the risk of contamination.

It is therefore important that while urban regions continue to grow, attention is also placed on building a sustainable sewerage system.

By Editorial 23 hours ago
Let's not just speak Swahili; let's spread it to all corners of globe