Why we must teach our youths to vote wisely 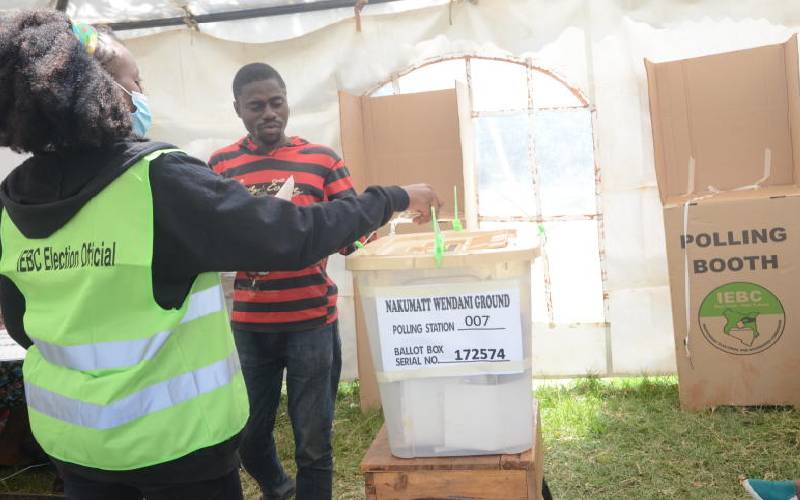 On the other hand, whether an aspirant is qualified to contest or not is the responsibility of the agencies established by law to vet the candidates. That said, the electorate should not rely on a candidate’s acquittal by courts of law from criminal indictments, especially on technical grounds or lack of evidence. Such clearance does not mean that the person had not, in reality, committed the alleged crime(s).

There is no shortage of suitable candidates to elect. There is, therefore, no need to recycle representatives or elect persons with tainted pasts.

The role of the voter is to cast their ballot for candidates of their choice. Many candidates have been touted by the powers that be as the best only to badly let down the electorate. We should not be led to the gallows again. We have learnt that the best in a bad lot is also bad.

This choice ought to be dictated by the voters’ personal conviction of a candidate’s superior ability to deliver, based on previous moral attributes, relevant education and experience. Voters should not be bought cheaply to join the bandwagon by following crowd psychology. This will lead us to a situation where constituency or county development stagnates or deteriorates following changes in leadership. This reminds us of Mahatma Gandhi’s words, “If there is an idiot in power, it is because those who elected him are well represented”.

Every Kenyan has a responsibility to vote to ensure their interests, not those of other people, are represented. The more experienced, knowledgeable and wiser members of society should sensitise the less informed against taking bribes and foregoing exercising their voting rights for short-term gains that denies them leaders of integrity and development. We have to wake up the youth to the reality that they will be dumped and left worse off after being bribed, until the next elections when they will be misused again.

The electorate, especially the youth, need to be educated on their rights under the Constitution, to public participation on decisions affecting their current and future welfare. The youth constitute 78 per cent of the voting population and can thus make a nonviolent revolution via elections. The future belongs more to the youth than the old. Failure by the older generation to prepare the youth for the future consigns them to low standards of life and is a recipe for violent conflicts.

John Quincy Adams advises us to "always vote for a principle, though you may vote alone, and you may cherish the sweetest reflection that your vote is never lost".

Should the candidate of your choice not be elected in a fair election, you need not feel sorry if the performance of the winner does not measure up to expectation, since you voted with your clear conscience and fair personal judgement. You will live to vote again with your shoulders held high.

There is no shortage of development conscious candidates. It's only that an overwhelming culture of corruption has dominated the nation, rendering persons of integrity hopeless and, therefore, leading the country ever backwards.

Previous article
We've been to hell and back, but the worst is yet to come
Next article
Woman battles UK detective for child

Kagwe pleads with the youth to join fight against covid-19