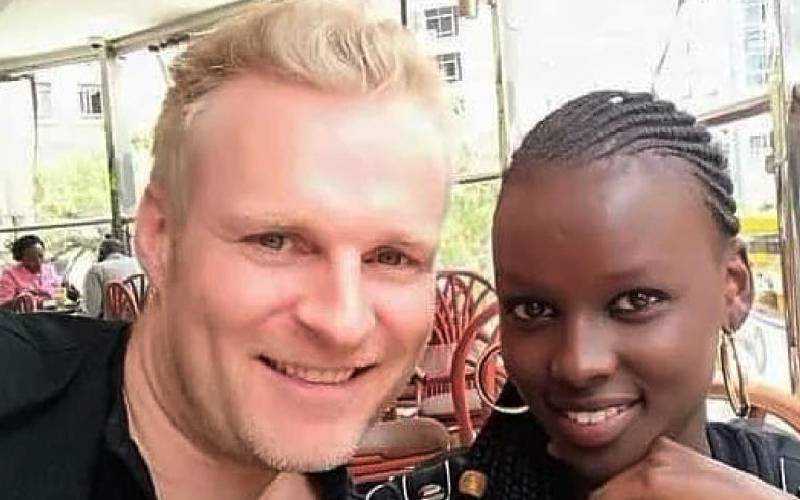 When college student Felista Nyamathira Njoroge was receiving Sh102 million from her foreign partner, her friend’s account was also credited with millions of shillings from the same man.

On August 10, Tebby Wambuku Kago is alleged to have received $909,900 (about Sh102.7 million) from Belgian Businessman Marc De Mesel at her account at the Equity Bank.

Another Sh37 million deposited in her account in early November raised suspicion on the source of the money.

Justice Esther Maina issued the order to stop withdrawal of money for 90 days to allow ARA file a formal suit for recovery of the funds.

“She is stopped from withdrawing, transferring or dealing in any manner with USD631,071 (Sh71.3 million) and Sh37 million held in two accounts at Equity Bank registered in the names of Tebby Wambuku Kago,” ruled Maina.

Justice Maina also froze Ms Njoroge's account at the Stanbic Bank with Sh5 million, also alleged to have come from the Belgian businessman.

Last month, the court froze her accounts at the Co-Operative Bank with Sh102.5 million.

In the suit filed yesterday, ARA named the two as respondents, claiming they are engaged in money laundering with some foreign nationals to disguise the source of the money.

ARA lawyer Mohamed Adow told the court that they are beneficiaries of dirty money from a foreign jurisdiction.

“They are suspected to be part of a syndicate of complex money laundering scheme involving foreign nationals where their bank accounts are used as conduits of the illicit funds. The scheme is designed to conceal, disguise the nature and source of the funds,” said Adow.

ARA investigator Fredrick Musyoki, in his affidavit, swore that Tebby’s account at Equity Bank receive the first batch ofUSD909,900 (Sh102.8 million) on a single day in August before she proceeded to withdraw a total of USD278,799 (Sh31.5 million) between September and October.

According to the investigator, Kago had stated in the bank opening statements that she is self-employed, but that the deposits in her accounts do not show any other source of income apart from the money received from Mesel.

“Further investigations established that Tebby opened the suspect account for the sole purpose of receiving the said funds, which the sender indicated as a gift from him to her. We believe that De Mesel and Tebby used the accounts as conduits of money laundering,” said Musyoki.

In the previous suit against Njoroge filed on November 17, ARA claimed that the Sh102.5 million was deposited in four transactions between August 4 and August 6 by De Mesel, who is believed to be a cryptocurrency specialist.

But the woman, who is a student at the Nairobi Technical Training Institute, accused ARA of witch hunt and invasion to her privacy, stating that she is an adult with constitutional rights to do business and earn the money.

She swore that she is not engaged in any financial misconduct or money laundering and that she can explain how she acquired the millions from the Belgian.

A section of leaders in Ruto’s camp are facing various cases in courts. The DP asked Kenyans to steer clear of regional political parties.

By Bradley Sikolia | 2 hours ago