The President, his deputy and other state officers could soon be subjected to a mandatory lifestyle audit.

The Lifestyle Audit Bill (Senate Bills No. 36 of 2021) before the Senate seeks to make it a requirement for state officers to declare their wealth in a bid to fight corruption.

“I hope that the President will give the nation an account when he comes back from the USA, as he had promised. The President said that the Pandora Papers will lift the lid on those who have ill-gotten wealth and those who have stashed proceeds of crime, money laundering, ivory trade and all sorts of things,” Kajwang’ said.

"If he does not do so, then the next President will have one hell of a hard time. We are already on the verge of defaulting loans yet experts tell us that we just need to reduce our corruption by some percentage. It looks like people have given up on eradicating corruption in Kenya. I do not know if it is genetic that we have to now focus on its reduction,” he added.

Senate Majority Leader Samuel Poghisio said the Bill will strengthen the Ethics and Anti-corruption Commission (EACC), Directorate of Criminal Investigations (DCI) and Office of the Director of Public Prosecutions (ODPP) in tackling corruption

“We have laws such as the Anti-Corruption and Economic Crimes Act, the Public Officer Ethics Act, the Leadership and Integrity Act and the Public Service (Values and Principles) Act, which are all meant to do the same thing. We have many other laws. We are adding another Bill because we know where we have not covered as a nation,” said Poghisio.

The Bill sponsored by Nominated Senator Farhiya Ali seeks to put in place a legal framework for undertaking lifestyle audits.

The proposed law also seeks to mandate the EACC to refer a matter to the DPP for criminal proceedings to be instituted against a public officer.

The Bill further allows a person who is subjected to a lifestyle audit to enter into a deferred prosecution agreement with the DPP.

Minority Leader James Orengo said the war against corruption in public offices is not going to be successful until we have institutions of integrity and leadership.

Orengo noted that the country already has so many laws to deal with not only corruption but also the question of public officers having unexplained assets, but there lacks political goodwill.

“The Anti-Corruption and Economic Crimes Act has very substantive provisions not only for dealing with somebody who has committed an offence but also against public officers or for that matter individuals who may be in possession of unexplained assets. There is a proper procedure that is laid out,” he said.

"You need a strong and independent institution as a starting point otherwise, a law like this may give the political class who are in power weapons to use against adversaries or to use against less powerful individuals,” added the senator.

Bungoma Senator Moses Wetang'ula noted that though the Bill does not seek to introduce anything new, it will strengthen existing legal structures and institutions to enhance accountability.

“If you look at our country today, I dare say that over 70 per cent of rich people in this country have worked for or are working in Government. None of them can explain their wealth as being a source of their income for working with the Government,” he said.

While responding to revelations of offshore accounts held by leaders in a report published by the International Consortium of Investigative Journalism, President Uhuru Kenyatta said the Pandora Papers would usher in a new age of financial transparency and openness in Kenya and globally.

The Pandora Papers, named the Kenyatta family among world leaders who own owning a network of offshore companies.

“The movement of illicit funds, proceeds of crime and corruption thrive in an environment of secrecy and darkness,” said the Head of State on October 5, in a statement sent to the newsrooms.

The vaccination drive was rolled out by the county government in September and October.

They stated that there is a need to increase the CDF kitty from the current 2.5 per cent to 5 per cent to enhance development in the country.

By Olivia Odhiambo | 41 minutes ago 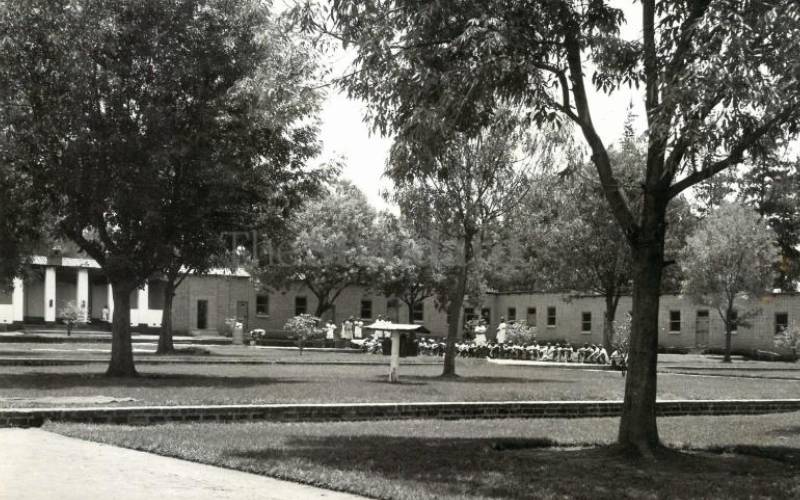 Ken Lusaka: How I worked with Michuki to kill Mungiki and my big reward
.