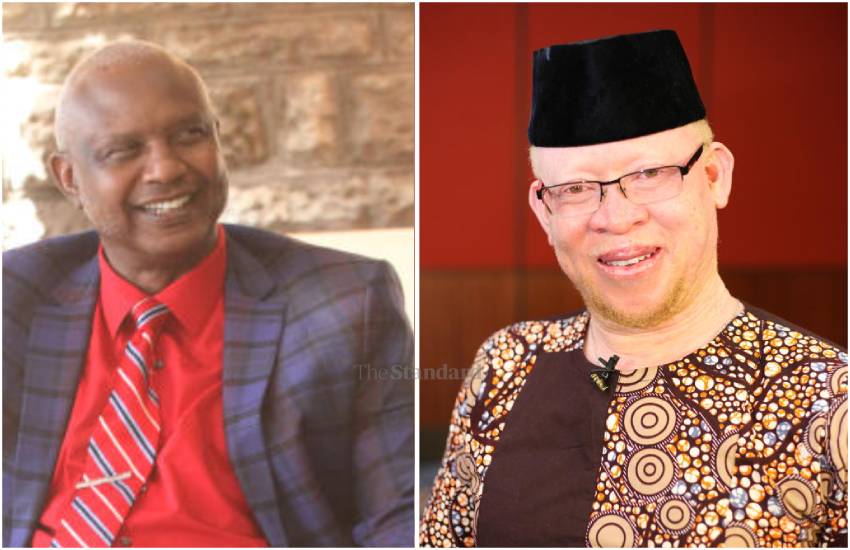 Former Samburu Senator Sammy Leshore has been gazetted as Isaac Mwaura's replacement in the Senate.

In a gazette notice by the Independent Electoral and Boundaries Commission -IEBC, Leshore takes over as a Jubilee Party-nominated Senator.

"The deleted nominee stands disqualified as the member to the Senate representing persons with disabilities," read part of the notice by Chairman Wafula Chebukati.

In February 2000, Leshore survived narrowly after gunmen opened fire on his vehicle with fellow Kanu MP Mohammed Shidiye, leaving him with a disability.

By then he was the Kanu parliamentary whip.

The duo was hospitalised with Shidiye remaining in intensive care.

Leshore comes back after Mwaura was expelled from the party on grounds of disloyalty, a move sealed by Speaker Kenneth Lusaka.

In 2017 he unsuccessfully defended his Samburu senatorial seat losing to  Ltumbesi Lelegwe.

On Tuesday, May 11, Mwaura obtained a court order barring implementation of his removal until his petition is determined.

The court set May 24 as inter-partes hearing date.

The intrigues informing the axing of Mwaura from the Senate played out yesterday after he voted on the BBI bill during its second reading. He didn't vote on the third and final reading that passed the bill paving way for a referendum.

Speaker Kenneth Lusaka, in communication to the House, explained that Mwaura ceased to be a Senator the moment he [speaker] received the gazette notice but not before as was the case in the morning session.

The Gazette notice removing Mwaura was dated May 10. However, a day later, he was in the Senate conducting House business as usual.

“It is notified for the information of the general public that pursuant to Article 103 (1) (e) (i) of the Constitution and section 37 of the Elections Act, the seat of the Member of the Senate elected under Article 98 (1) (d) of the Constitution and held by Hon. Isaac Mwaura Maigua became vacant, with effect from the 7th May, 2021,” read the Gazette notice signed by Lusaka.

Mwaura was nominated by Jubilee Party in 2017 and was serving his first term only to switch allegiance to the United Democratic Alliance (UDA), associated with Deputy President William Ruto.

He and colleagues Mary Seneta, Falhada Iman, Naomi Waqo, Victor Prengei and Millicent Omanga had appeared before the party’s disciplinary committee on two occasions where they faced charges of insubordination and misconduct.

They were expelled by the National Management Committee after members deliberated on reports submitted by the Party Disciplinary Committee over alleged gross violations of party rules.

But on May 6, the Political Parties Disputes Tribunal (PPDT) chaired by Desma Nungo declared their expulsion unlawful and contrary to the Jubilee constitution.

A day later, however, the tribunal overturned its own ruling, dismissing the senator’s claims that the party had not furnished him with the charges against him.

The tribunal said the Jubilee disciplinary committee did not summon the senators, but instead, they appeared before the party organ believing that the charges against them had been dropped.

The PPDT, in its ruling, noted that it was unfair for the ruling party not to give the six an opportunity to defend themselves.

The Elections Act is not clear on what happens in the event a nominated member’s seat becomes vacant. The law states that party lists submitted to the commission shall be valid for the term of Parliament.

The Act further observes that a party-list submitted for such purposes shall not be amended during the term of Parliament.