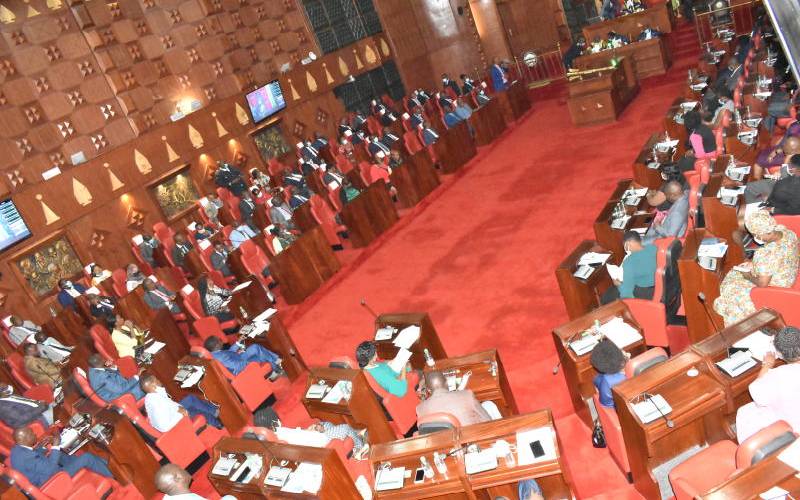 City Hall has started investigation into how a piece of public land in Muthaiga, Nairobi, ended up in the hands of private developers and a shopping centre constructed.

According to the assembly, the land measuring 1.3 hectares was conditionally granted by the now-defunct City Council in 1978 to Gemeni Property Limited for the construction of a clinic and a day nursery school and two resident houses for a teacher and the doctor in charge.

Later the land, LR No. 209/9295, changed hands under unclear circumstances and has since been developed.

The investigations commenced after the Nairobi Central Business District MCA Daniel Ngengi, through a request for statement tabled in the House, said the setting up of the multi-million-shilling complex went against the earlier plan for a clinic and a school.

Mr Ngengi, during the assembly sitting on April 6, submitted that the shopping centre had encroached on a road reserve, giving rise to illegal development and noise pollution from a night club.

“Many concerns continue to be raised by associations, individuals and organisations, which have objected to the construction of the shopping centre,” he said.

The Ward Rep said: “When you go to the site, you find lots of containers. The residents are seeking help from this House to contain this issue that they deem illegal and has affected the peaceful enjoyment of their property.”

He consequently tasked the Committee on Planning and Housing to inquire into the history and ownership of the land and relevant approvals of compliance.

Ngengi further sought an inquest into why the relevant enforcement team in the sector has failed to take action on the alleged illegality.

He wants the committee to furnish the House with a timeline on when the county Executive responsible and the Nairobi Metropolitan Services (NMS) will undertake investigations.

“I urge the chairman of the committee and the NMS to expedite on this matter,” stated Ngengi.

Speaker Benson Mutura noted that although restrictions due to the Covid-19 pandemic forbids physical site visits, the committee should expedite the investigations to stop cartels from taking advantage and flouting regulations.

The team also blamed weak legislation, greed and incompetence by some county officials and lack of title deeds.

It is no hidden fact that Obsessive-Compulsive Disorder (OCD) can be troublesome in spiritual times like Ramadhan.

Being a good Muslim envoy

Have you ever, as a Muslim, returned excess change to a cashier without being prompted?