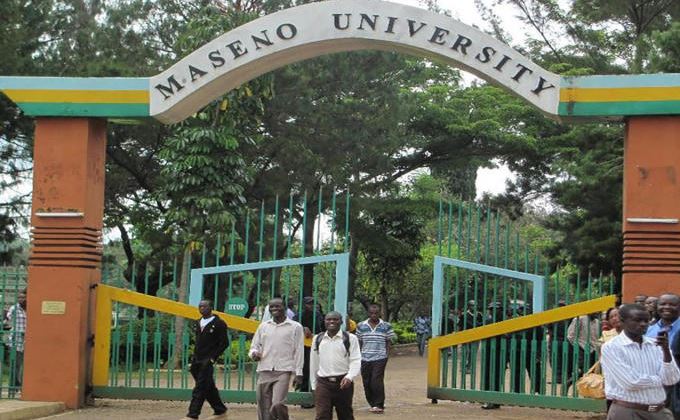 The Senate has summoned three constitutional bodies in its probe on a decades-old Maseno boundary dispute that has dogged Kisumu, Siaya and Vihiga counties.

The Devolution Committee chaired by Homa Bay Senator Moses Kajwang’ will be seeking to establish if the National Lands Commission (NLC), the Independent Electoral and Boundaries Commission (IEBC) and the National Cohesion and Integration Commission (NCIC) are aware of the dispute and what progress, if any, has been made to settle the matter.

The meeting that is scheduled for this week follows a petition by 16 residents of Vihiga who are laying claim to three sub-locations presently domiciled in Kisumu County.

“We will engage the NLC, IEBC and NCIC to get submissions on what they know about the matter. We also intend to hold a public hearing with all stakeholders in the contested area,” said Kajwang’.

The petitioners claim that members of the Banyore community living in Maseno are being discriminated against in terms of service delivery and employment by governors Anyang’ Nyong’o (Kisumu) and Cornel Rasanga (Siaya).

Vihiga Governor Wilberforce Otichilo and Senator George Khaniri have called for the formation of a commission of inquiry to resolve the border row.

A Bill by Senator Mutula Kilonzo Jnr seeks for the formation of a county boundaries mediation committee to resolve boundary disputes. It proposes that a petitioner has to get the support of at least 15 per cent of registered voters in the county before the matter is brought before the Senate.

While Owili said Prof Nyong’o had recently upgraded Maseno to town status, Otichilo said the dispute was due to skewed growth.

He added: “Maseno is cosmopolitan and the two major communities–Luo and Luhya–have lived together as one without any acrimony.”

Ouma said Siaya shares a 16-kilometre border with Vihiga and there were no cases of biased services. “We have no records of compliants from Yala Township ward or East Gem ward that border Emuhuya/Luanda. We can even check with NCIC. We provide services equally to all residents of Siaya without discrimination.”

Otichilo agreed with Ouma that cases of discrimination and insecurity on the Vihiga-Siaya border were few compared to what transpired along the Vihiga-Kisumu border.

Both Otichilo and Owili laid claim to Maseno town, which hosts a university, Maseno School, and the Anglican Church of Kenya.

“Dr Owili seems to justify the problem. If we present historical evidences, we will prove Maseno belongs to Vihiga. It is only Parliament that can appoint a commission to find out the truth,” said Otichilo.

He continued: “As regards the boundary, the commission that will be formed should also check the British Ordnance Survey. It has the oldest maps for the entire country. Whether the maps are in London, they should be sought as they will help to resolve the dispute based on how it changed over time.”

Owili, however, said the Luo had already settled in Maseno by the 1860s. “In 1906, Maseno was ruled by a Luo chief. The name Maseno originated from ‘oseno’, a type of tree. Chief Ogola Oyieko ruled and donated land for the church and Maseno School. All the records are available.”

The deputy governor said any disputes were politically instigated and warned that if not checked, they could result in violence.

“The matter had been referred to the IEBC because they have competency. Incitement of Luos and Luhyas, and the question of land owners, tenure and resources where some feel more entitled than others, is not right. The political class will lead the community to conflict,” said Owili.

Mr Khaniri said he was addressing the matter for the third time while senators Rose Nyamunga and Isaac Mwaura called for a lasting solution to the dispute.

“What the petitioners are seeking is justice. We want a peaceful resolution. I don’t think the committee can resolve this matter, and the IEBC has no mandate after the 2010 Constitution,” said Khaniri.

The senator said trying to prove that the boundary belongs to Vihiga could take a whole day.

“We have lived peacefully and want the boundaries restored to their original form. The issue of discrimination is the basis of the dispute. Our people are not treated fairly. Even as we wait for a permanent solution, I expected the deputy governor to respond to that,” he said.

By Winfrey Owino | 55 minutes ago 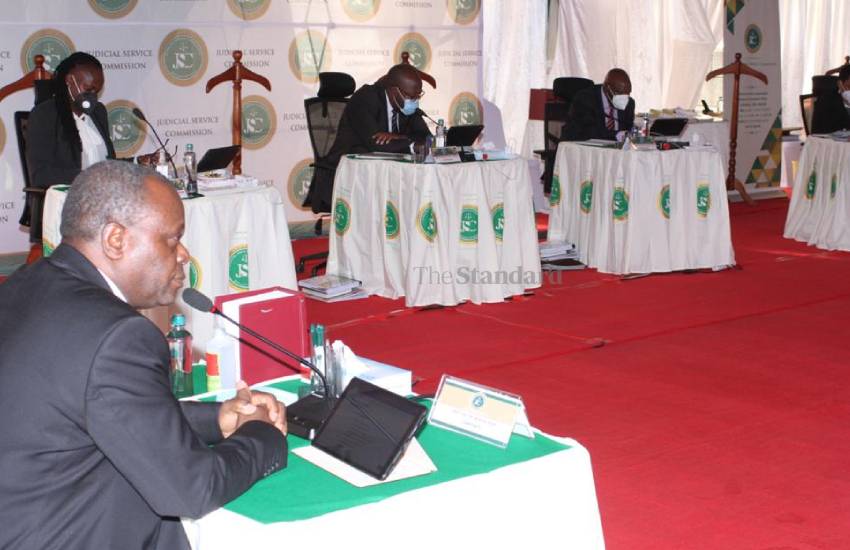