Results show MP fathered only one child with mistress

The late Matungu MP Justus Murunga fathered only one child with a woman who claimed to be his secret lover.

DNA results, however, showed that the MP was not the biological father of the younger child, a result which has brought a new twist to the paternity dispute between Agnes Wangui, who claims Murunga was her husband, and his two widows Chistabel Murunga and Grace Murunga.

Wangui now plans to file a succession case to have her recognised as Murunga’s third wife.

The DNA analysis done by pathologists M Mwangi and  PM Maturi from Crystal Lab Pathologists confirmed that the MP was the biological father of the girl.

“Based on the DNA profiles generated from the buccal swab samples obtained from the child and Justus Murunga, there are 99.9 per cent more chances that Justus Murunga is the biological father of the girl,” reads the results.

The pathologists concluded that the second child, a boy, was not Murunga’s since the DNA profiles excluded him as the biological father.

Wangui’s lawyer Dunstan Omari said they will file a succession case to have her recognised as Murunga’s third wife and the children be entitled to a share of his estate.

“Although DNA results for the boy is negative, he is a dependant because the late MP supported him, his sister and mother. We want the court to declare her as the MP’s wife for the purpose of succession and because he had no will, the three are entitled to equal shares of his estate,” said Omari.

Omari argued that under the law of succession, the girl automatically qualifies as a beneficiary of Murunga’s estate while the boy is also entitled to a share since the MP had voluntarily assumed responsibility as his father.

Murunga died on November 14 at St Mary’s Mission Hospital in Mumias after he collapsed at his home in Matungu Constituency. 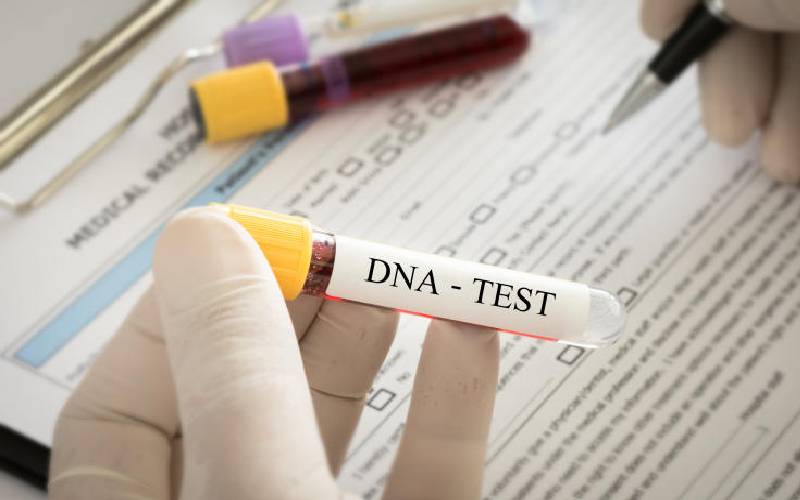 A Nairobi court temporarily stopped his burial following the paternity suit filed by Wangui, but the parties reached consent to have DNA samples preserved and the body released for burial.

Wangui swore in her affidavit that she met Murunga in 2012 when he was a supervisor at Embakasi Ranching while she was a businesswoman selling beverages and snacks within Ruai area.

“Shortly after, we began a romantic relationship and out of the union we were blessed with two children. The first born was born in March 2013 while our second child was born in November 2017,” said Wangui.

She stated that since Murunga had informed her that he lived with his wife in Utawala Estate, he rented for her a house in Ruai where they stayed with her children.

Wangui swore that the MP used to cater for their monthly rent and upkeep, but their relationship started going south in September 2017 after he won the Matungu parliamentary seat.

“He never wanted the public or his family to learn about the existence of our two children and even denied me his identification card to secure their birth certificates. However, after several talks and mutual agreement, he resumed supporting his children until his death,” swore Wangui.

She claimed that they had a secret plan to solemnise their union before the MP’s death, and that he had had already bought land for her in Karen where he was in the process of building for her and their two children a house.

She swore that Murunga wanted to formalise their union before making it known to his family, and wanted it done in accordance with Agikuyu marriage customs.

Murunga’s widows, Christabel and Grace, in their response to the suit agreed to the request to have DNA samples extracted from the MP’s body, but insisted that they did not know Wangui or her children.