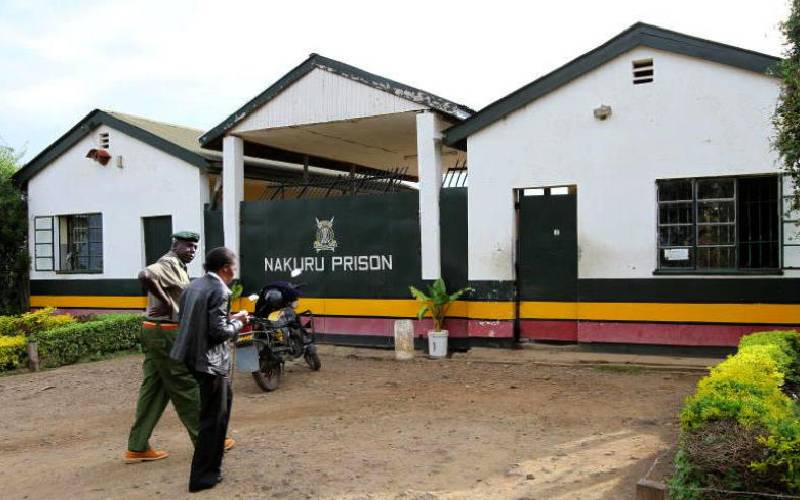 For the first time, the Prisons department will conduct a pass out parade without its usual fanfare and the trainees will not be allowed to invite relatives and friends.

The event planned on Wednesday at the Kenya Prisons Staff Training College in Ruiru, will observe strict health protocols that require all 3,000 trainees and staff members to undergo mandatory Covid-19 test three days prior to the ceremony.

Only those who will test negative will be allowed to participate in the event that will take two hours.

The trainees have been at the college under strict guidelines even as the disease broke out and forced other institutions to close down to avoid further spreading. There are more than 400 deaths and 26,000 confirmed cases in the country.

The protocols say family members shall not be allowed to attend the ceremony.

“Trainees will not be allowed to invite their relatives or parents; this will be in tandem with the presidential directive on social gatherings and congregations,” reads part of the released protocols.

All guests shall undergo mandatory screening of Covid-19 at the barrier gate and number of invited State guests will be scaled down to meet social distancing requirements. Interior Cabinet Secretary Fred Matiang’i is expected to officiate the event.

“To increase social distance and minimise risks of Covid-19, thre shall be no shaking of hands with chief guest or between individuals attending the ceremony or with trainees,” says the protocol. To reduce contact hours for all persons involved in the ceremony, the parade and march past will be conducted early enough and before Matiang’i arrives at the college.

“The number of trainees in a platoon has been reduced from 34 to 20 and the gap between a trainee to the other has been adjusted to one and a half metres to be in tandem with WHO Covid-19 prevention protocols and available space,” reads the protocol.

“The gap between rear line of a platoon and front line will be scaled up to four metres for slow and quick matches. The chief guest will only inspect the first company and proceed to the dais. In this company the distance between front line and the platoon commanders shall be six metres to allow effective social distance.”

During inspection, the distance between the parade commander and chief guest shall be two metres apart and the best trainees shall be acknowledged by the chief guest without physical presentation of trophies.

According to the rules, only two companies having a total of 20 platoons will march past in both slow and quick time.

Chief of Defence Forces Gen Robert Kibochi had on July 24 presided over the pass out parade of Specialist Cadet Officers at Kenya Military Academy in Gilgil, also drifting from the tradition whereby relatives and friends of those graduating attended. [Cyrus Ombati]

The pandemic has hit almost all disciplined forces including the military, police and prisons, slowing down operations. They have set up various isolation centres to deal with the virus.

The Prisons department has limited intake of prisoners until they are proven to be Covid-19 negative. Despite these measures, Ministry of Health officials are grappling with increasing cases of infection within the premises.

The officials are grappling with Covid-19 containment measures in congested prisons across the country with the effects of infections in the correctional facilities spiraling to courts.

Court proceedings have been disrupted in various parts of the country as the Covid-19 situation worsens in most counties.