Kinoti has no powers to prosecute, says Odunga 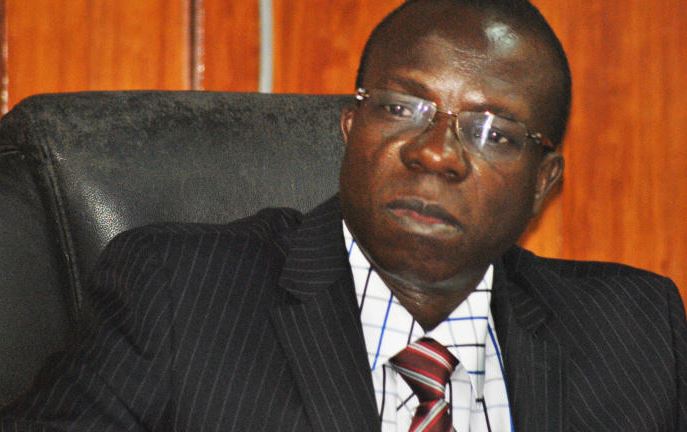 The High Court has ruled that the Directorate of Criminal Investigations (DCI) has no powers to institute any criminal charges unless approved by the Office of the Director of Public Prosecutions (ODPP).

The verdict by Machakos High Court Judge Justice George Odunga (pictured) on Thursday arose from a case in which National Water Harvesting and Storage Authority Acting CEO Geoffrey Sang challenged a decision by the DCI to arrest and charge him.

Detectives had also in March tried to bypass the DPP and charge ex-Kenya Ports Authority boss Daniel Manduku before they were stopped by the court.

The two offices have been embroiled in a supremacy war and the ruling should settle the question of chain of command.

Sang had argued that his arrest and interrogation, and the subsequent decision to charge him with the offence of abuse of office were maliciously instigated.

He told the court that individuals at the water agency had colluded with detectives to have him take a plea as a public officer so that he could step aside. He was later removed from the position.

Justice Odunga said no public prosecution may be undertaken by or under the authority of either the Inspector General of Police or the DCI without the DPP’s consent.

“A declaration that the 2nd respondent, the Director of Criminal Investigations has no power and authority to institute criminal proceedings before a court of law without the prior consent of the Director of Public Prosecution, and any proceedings so commenced are unconstitutional, illegal, unlawful, null and void ab initio.”

The judge said the mere fact that those entrusted with the powers of investigation have conducted their own independent investigations and, based thereon, arrived at a decision does not necessarily preclude the DPP from undertaking its mandate.

“Conversely, the DPP is not bound to prosecute simply because the investigating agencies have formed an opinion that a prosecution ought to be undertaken. The ultimate decision of what steps ought to be taken to enforce the criminal law is placed on the officer in charge of prosecution.

“It is not the rule, and hopefully it will never be, that suspected criminal offences must automatically be the subject of prosecution since public interest must, under our Constitution, be considered in deciding whether or not to institute prosecution.”

“Clearly, therefore, there is a clear chain of command set out above. When it comes to the exercise of prosecutorial powers, as between the three entities, the Director of the Public Prosecution has the last word,” he said.

The judge said while the DPP is not bound by any actions undertaken by the police in preventing crime or bringing criminals to book, he is enjoined, under Article 157(11) of the Constitution, to have regard to the public interest, the interests of the administration of justice and the need to prevent and avoid abuse of the legal process.

“In other words, the DPP ought not to exercise his constitutional mandate arbitrarily.” Justice Odunga prohibited the DCI from instituting criminal proceedings against Sang unless the orders came from the DPP.

The court further held that the search and confiscation of Sang’s mobile phones and laptop without a court order or search warrant violated his right to privacy and property as envisaged in articles 31 and 40 of the Constitution.

Further, the court ruled that the DCI’s actions could not be a basis for Sang’s removal from office. The water agency boss was arrested over a suspected dam construction scandal. But he never answered to any charges as the DPP recalled his file for review.

“As regards the actions taken by the 4th respondent - the National Water Harvesting and Storage Authority board chairman - it is my view that those are matters which are better dealt with before the Employment and Labour Relations Court.”

Sang had been appointed during a board meeting held on November 18 last year for a period of six months or until a substantive chief executive was selected.

He told the court that on April 24, while going about his official duties, individuals who identified themselves to be DCI officers visited his office and informed him that they were conducting investigations touching on his conduct at the agency. They asked him to accompany them to their headquarters along Kiambu Road for interrogation.

The acting CEO said the allegations against him were malicious.

“They are motivated by sheer witch-hunt, which is evinced by the fact that one of the strangers alleged to have been hired, Mr Too, is deceased, having passed on May 6, 2015. It was only after the detectives had arrested Sang and his co-accused that the DPP refused to approve charges thus prompting police to extend their bail pending prosecution.

Machakos man jailed for life after being framed for rape freed