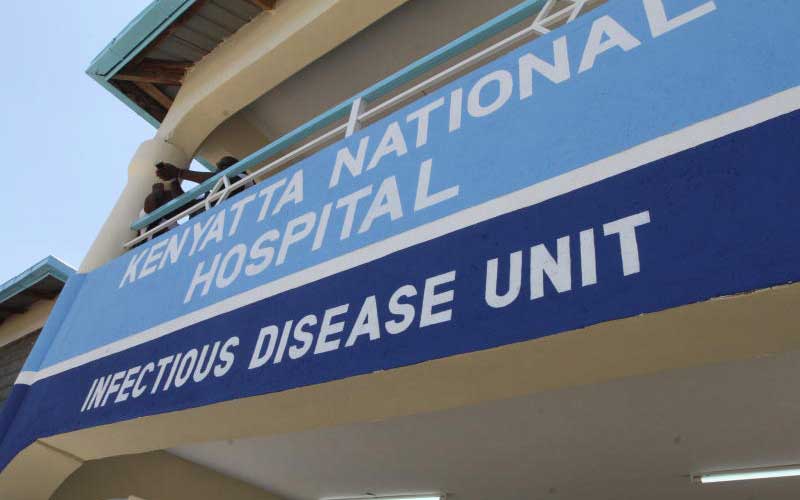 A Covid-19 patient attempted to commit suicide while in isolation at the Mbagathi Infectious Disease Unit in Nairobi.

The man, 30, had been admitted to the ward on Saturday at about 6pm and was told he would be there for 14 days.

Police and medical personnel said the patient removed a florescent tube in his room, broke it and used it to slit his throat.

Medical personnel who were checking on the patients heard him struggle and rushed to his rescue. He was counselled and his injury attended to.

“We told him he is young and will recover. We informed him he was not the only one who is sick and that all shall be well,” said an official. Police were allowed to the scene after wearing protective gear.

Officials said surveillance had been increased to ensure his safety and that of others in the facility. The isolation centres send shivers down the spines of many who view them as a form of prison.

The patient is among 343 confirmed cases in the country. The patients are being attended to in isolation centres in Nairobi, Mandera and Mombasa.

President Uhuru Kenyatta said on Saturday that the number was way below what they had anticipated as at the end of April. Uhuru said 98 people have fully recovered even as the country mourns the 14 who have lost the fight.

“To ensure that porous borders and security threats do not compromise our response, the security services will upgrade their response measures,” he said.

Previous article
Haji, Kinoti in new fight over investigation files
Next article
Pregnancy made me hate my husband's voice, cooking

Barcelona's stadium could soon be named after Lionel Messi