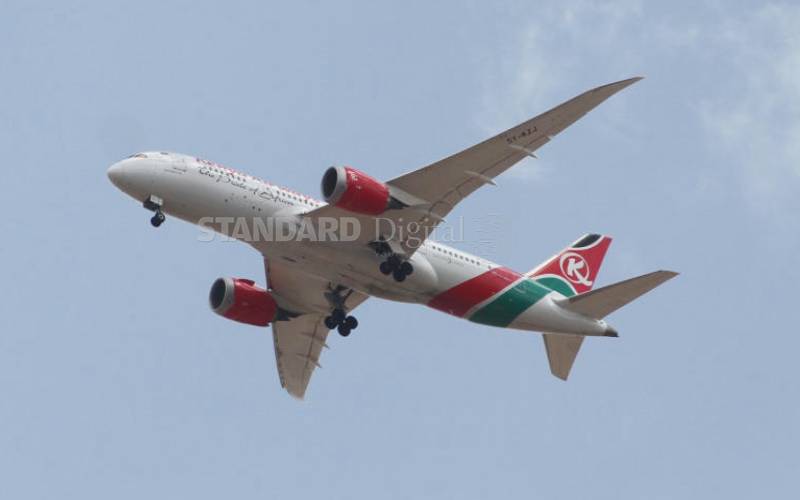 Differences between two pilots led to the crashing of a Kenya Airways flight that killed over 100 people in Douala, Cameroon, in 2007, a new investigation has revealed.

The investigation, aired in the National Geographic channel, is explicit on how the captain, Francis Mbatia was rude and intimidating to First Officer Andrew Kiuru before the KQ flight 507 crashed.

It is this toxic climate in the cockpit that made Kiuru stay quiet for 10 seconds - significant time in aviation - as the plane lost altitude.

The flight that was heading to Nairobi from Abidjan, Ivory Coast, had made a scheduled stopover in Douala. It later crashed into a mangrove swamp minutes after takeoff in stormy weather on May 5.

Before the flight took off, Mbatia had reprimanded Kiuru for being slow. He even called him stupid.

“What is wrong with you? Did you not hear the instruction?” the captain could be heard shouting at the first officer, through the Cockpit Voice Recorder (CVR) recovered after the crash of the Boeing 737-800.

This happened during the first leg of the flight from Abidjan, Cote d’Ivoire, to Douala before the plane embarked on its Nairobi journey.

Kiuru had asked for clarification, during the flight, on what inputs should be added as the plane approached 14,000 feet.

“Don’t be so stupid, shut up!” the captain said.

This behaviour, as revealed by Mark Smith, a Technical Adviser for Boeing, was not the kind one would expect in a professional flight crew environment.

“The first officer seemed to kind of shut down (after the exchange),” he said.

Investigators believe it was because of this that the first officer kept quiet for 10 seconds as the plane banked to the right leaving the captain to fight with the controls.

It was only after the captain shouted; ‘we are crashing’ that the first officer spoke.

The 44-minute recording says that while the first officer was young, at 23, he appeared well knowledgeable in controlling the plane during the rapid descend.

The captain, however, experienced spatial disorientation - a state where one fails to differentiate between up and down, or left and right - brought about by the inability to determine the altitude of the plane.

In the case of the KQ flight 507, the pitch-black darkness contributed to the captain’s misinterpretation.

A major mistake, however, is that the first officer was too busy determining a safe flight path during the stormy weather, and forgot to switch on the autopilot despite the captain making the call at about 1,000 feet.

The plane, which departed Douala International Airport some minutes to midnight on May 5 just lasted about one and a half minutes in the air before descending rapidly to a mangrove swamp, 5.6 kilometres from the airport’s runway.

While the plane was expected to land at Jomo Kenyatta International Airport at 6.15am, it was not until 7am that it was discovered missing.

“When I heard the plane was missing, I knew immediately we are going to have a catastrophe. Cameroon did not have an agency in charge of air accidents,” said Englebert Zoa-Etundi, who then worked for Cameroon Civil Aviation Authority.

The flight had been delayed for an hour due to stormy weather. Later, the captain requested permission to take off, giving a disclaimer that he plans to turn right after liftoff to avoid the storm.

The take-off went smooth, but the situation changed when the captain released the controls believing the first officer had engaged the autopilot as instructed.

The plane gradually started banking to the right, up to 35 degrees, and the crew only realised this after a warning alarm came on.

When the captain realised the autopilot was not on, he activated it. But he did not give the plane time to adjust and went ahead to fight with the controls, hence overriding the autopilot.

While Boeing agrees the plane had a tendency of banking to the right, this could easily be corrected if the autopilot is engaged.

“The crew did not recover before impact. That was puzzling to us. It showed we needed more information, the CVR, which will tell us of the conversations,” said Bill Bramble, from the US National Transport and Safety Board (NTSB).

It was the CVR, located five weeks after the crash, that revealed the exchange between Mbatia and Kiuru.

It also emerged that despite the captain having accumulated over 8,000 hours, through his 16 years of flying, he had issues with system knowledge, had poor cockpit skills, had discipline issues and insufficient practice.

He was 52 and had worked as a KQ flight attendant. The first officer had 800 hours of flying.

“He was quite young, and had just a little bit of 800 hours. Through his training, he had some recommendations like ‘you need to be more proactive in calling out deviations’,” said Smith. The plane had 27 nationalities on board, among them nine Kenyans.

Kamket: Ruto’s anger has blinded him, he should quit