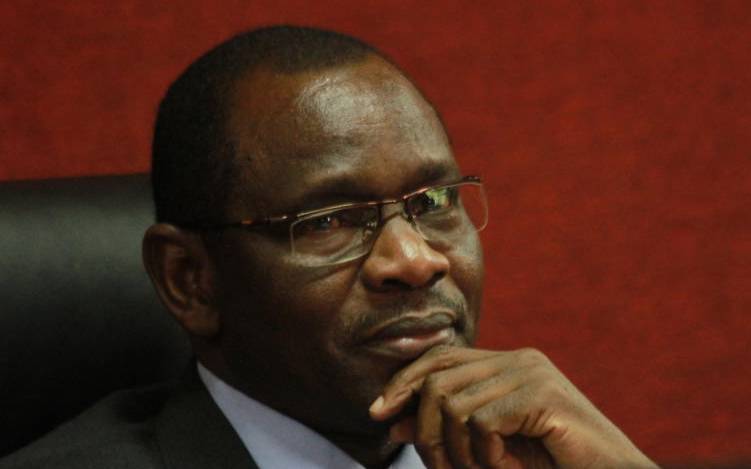 Kenya is not about to increase the daily earnings of a convicted prisoner from the traditional 30 cents.

At the same time, no matter how hard or long they work, convicted criminals in all prisons should not expect a monthly salary from the government.

In the same vein, criminals should not count on the government to provide them with basic items such as toilet paper, soap and toothpaste.

This is the judgement by Chacha Mwita (pictured), who rejected prayers by three death row inmates seeking a declaration that all long-serving prisoners are entitled to a monthly salary based on the work they have been doing in the course of their incarceration.

The appeal had been filed by three prisoners, Alloise Odhiambo, Nicholas Ouma Obonyo and Samuel Ngendu, who had been sentenced to death but later commuted to life. The case was filed on January 15, 2015, making a raft of demands.

According to the convicts, prison authorities had violated their rights and subjected then to slavery for making them and thousands of other criminals across the country work without pay.

They argued that prisoners in Kenyan jails have for decades been subjected to slavery servitude and forced labour and cited the case of a convict who after working for 32 years was only given Sh50 upon his release by Athi River Prison.

They told the court that as per prison records covering 2011-2014, there were 1,167 death row convicts, 3,376 others serving life, a further 5,331 inmates on long sentences while those serving under presidential pleasure were 556.

The petitioners wanted each inmate forced to work by prison authorities paid a daily allowance of Sh100 translated to about Sh2,400 per month as opposed to the current rates of 30 cents, which is not even released to inmates. They wanted the money backdated and paid for all the years the inmates had been in prison.

“Section 46 of the Prisons Act provides for the manner of earnings are to be paid to the prisoners. The rules provide how the minister fixes earnings of prisoners and Rule 22 allows a prisoner to use two-thirds of his earnings per month and the balance to be placed on his credit, to be paid on his release,” Aloise had told the court.

The prisoners further averred that they were entitled to soap, toothbrush and toilet paper, which they complained prison authorities had not been providing.

The Attorney General and the commissioner of prisons opposed the demands by prisoners arguing that engagement in productive labour by convicted persons is a legal requirement under section 43 of the Prisons Act.  “Prison labour is an integral component of the sentence as its objective is to equip convicts with relevant knowledge and skills through training to enable them to reintegrate well into society once they are released,” the AG argued.

On complaints that the 30 cents paid per day to convicts, the court heard that the rates had been set by the Prisoners Serving Scheme, which also determined who qualified to be put on the scheme and when they can be kicked out if they are not of good behaviour.

In dismissing the application, Mwita in his judgement delivered on November 14 last year observed that, “the law allows prisoners gain knowledge and skills and indeed find this valuable when they finally find themselves out of prison so that they can lead a good and useful life on discharge.”

According to the judge, not all prisoners were automatically enrolled in the working scheme arguing, “Furthermore the rules are very clear that only in some categories are prisoners entitled to use a fraction of their earnings to buy certain items while the balance is to be paid on release. The other category is not entitled to use of money at all.”

He was guided by Rule 17, which mandates the commissioner of prisons to create privileges and identify prisoners who are supposed to benefit and spell out that they can be withdrawn as a punishment if they misbehave.

In the words of the court the convicts had failed to demonstrate they were participating in an earning scheme and that they belonged to the category which was allowed to use a fraction of their earnings.

To insulate the government against the demand to provide toiletries to the convicts, Mwita said the provision of toilet paper, other personal effects depended on budgetary allocations.