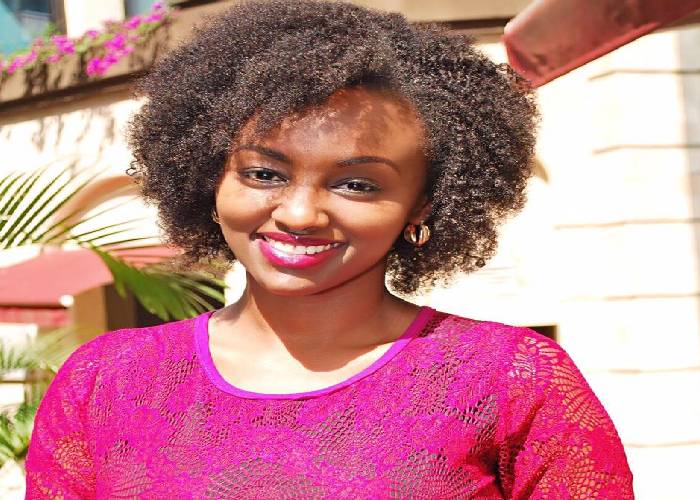 Entrepreneur Michelle Ntalami has finally confirmed that she long ended her love affair with undisclosed cheating ex whom she cryptically referred to as ‘they/them.’

In a long three-part statement posted on social media, Ntalami cited serial infidelity with multiple women for close to a year as the main reason behind their breakup.

Michelle was publicly known to have been dating media personality Makena Njeri aka Chris until their social media postings together started to dissipate earlier this year.

During Makena’s birthday on December 28 last year, she serenaded her with beautiful words, describing her as “extremely annoying”, “biggest chatterbox” and thanking her for bringing colour to her life.

“You drive me up the wall… you ride for me. You support and encourage me. You see me as a cut above all the others. You fought for me, and you’ve defended me. You have been my light in the darkness. You love me hard,” she wrote before signing out:

“Happy birthday Chris! I love you.”

Finally, in June, she posted the last of their pictures with an ominous caption; “The writing’s on the wall.” Indeed, the writing was on the wall as this would turn out to be the last appearance of Makena on Michelle’s Instagram.

Makena also last posted Michelle on her IG on June 23, Michelle’s birthday, when she described her as constant in her life, a beautiful friend and unwavering supporter.

“Every time I think about all the wonderful moments with you, I light up and sometimes knock my head on the wall… the last couple of years together have been memorable and I have no doubt in my heart that this new year will only bring more adventure, more beautiful memories and even bigger wins.”

In her posting today, Michelle did not state whom she had broken up with. She was however clear that serial infidelity was the cause.

“Those I suspected and confirmed are two individuals; one a public figure, and the other a less known married woman, a health worker. Eventually, these individuals undoubtedly confirmed the above. I attach screenshots and my responses simply to alleviate denial,” said Ntalami, attaching heavily redacted screenshots.

The heartbroken entrepreneur accused the ex-lover of being unapologetic despite having cheating evidence.

"What they have done to me is downright heartless. It is not right to go around hurting someone you claim to love, putting on a facade that all is well while leaving their life in disarray and not being accountable for the pain and trauma caused,” she said.

She claimed that the two women her ex allegedly cheated with have confirmed their affairs with her.

“When it comes to love and relationships, infidelity will never be in my cards. Sure, no one is perfect. We all make mistakes. But at the very least, if they’d have owned up to what they’ve done, we would be in a much better place,” part of her statement read.

She said she kept her frustrations and pain to herself for almost a year, but added it was time to come out and let go of the hurt.

“I have sat silently with this pain for almost a year, I feel extremely used. I am currently coming to terms with all of this. It has been a tough journey this year, but I am learning to let go of the hurt, move on and simply, adjust back my crown,” she said.

Ntalami said despite the breakup, she will not delete social media photos they took when still in love saying she does not regret what they shared while still dating.

“I will never delete anything on my page with them that we shared. Anything done out of love will never be regrettable by me. It is a beautiful testimony of our love and I am ever so proud of loving them so boldly.”

No consensus in Nairobi biodiversity safety talks
Environment
By Peter Muiruri
4 hours ago
Musicians urged to use political songs to preach peace, not hate
Lifestyle
By Ndungu Gachane
3 days ago
Premium Nairobi to Mara: Lions who ruled the world
Travel & Destination
By Jayne Rose Gacheri
3 days ago
Premium Earn from art: New age solutions to old problems
Sunday Magazine
By Muhunyo Maina
3 days ago
Health and safety: Things to keep in mind when travelling
Travel & Destination
By Jayne Rose Gacheri
4 days ago
Degrees of heat and non-existent varsities
Sunday Magazine
By Peter Theuri
4 days ago
.

By Ndungu Gachane 3 3 days ago
Musicians urged to use political songs to preach peace, not hate

By Jayne Rose Gacheri 3 3 days ago
Premium Nairobi to Mara: Lions who ruled the world