STATEMENT ON THE BBI PROCESS

The BBI process was established as a well thought out mechanism intended to generate structures and strategies to sort out historical problems bedeviling the country.

This was motivated by the realization that our historical problems are often raw, contentious and delicate, often defying simple policy solutions and definitely requiring astute political leadership.

The primary objective of BBI is to set out a viable means of entrenching national unity. For this reason, the BBI report as launched in Bomas was well-received across the board.

Subsequently, HE the President advised Kenyans that there would be a period during which people will read,  digest and understand the document before further deliberation and feedback could be considered.

Unfortunately, even before the period was defined, and to our profound dismay, it has come to our attention that a section of the political leadership already commenced public rallies aimed at politicizing the BBI process.

The BBI report promised the cleaning up of Kenyan politics and a drastic improvement of political hygiene as a means of setting the stage for issue-based, deliberative politics that advance national values and democratic governance.

The BBI report also promised a new start with a country that respects its diversity including the plurality of opinions and contemplated the extermination of the old order in which Kenyans were pitted against each other through the divisive and destructive "us versus them" approach.

To our utter disappointment, at recent public rallies in Kisii and Kakamega leaders resorted to the very callous tactics rejected by the BBI report, backsliding into the reviled old order that Kenyans are running away from.

Instead of focusing on issues affecting the people, the two rallies focused more on discussing and demonizing one individual in a manner that contradicts the letter and spirit of the BBI process.

This contradictory approach has caused immense confusion and anxiety in the public because it creates the unfortunate impression that there is a sinister and clandestine plan to deny other regions of the country proper representation in the process and stifle their right of participation.

After consultations as leaders, We have decided in order to pursue the original spirit of the BBI irrespective of our concerns against the use of public resources in a process that has been blessed with full nationwide consensus, we will participate and, where necessary, take charge of these public rallies.

However, other than the schedule so far published our constituents desire us to organize more meetings in other parts of the country to facilitate deeper engagement and wider participation.

For these reasons, we have today met and resolved as follows

1. THAT we shall participate and contribute towards the success of the already organized BBI rallies across the country, beginning with Mombasa this weekend.

2.THAT to support existing efforts and complement the already scheduled rallies,  we are organizing rallies in other parts of the country. We shall soon announce the calendar of complimentary rallies to reinforce those already published. To these rallies, everybody irrespective of political opinion is invited.

3. THAT we fully support the BBI report as launched and intend to fully participate in related engagements in good faith.

4.THAT we shall mobilize our constituents to present their views in all the 290 constituencies as soon as the task force gazetted by Government announces their full schedule.

5. THAT we believe that by our participation in these rallies, we shall redirect the BBI conversation to people-centric issues such as the economy, unemployment, social justice, rule of law & human rights, etc.
At the moment the discussion is centered on the pursuit of political power & positions by leaders.
6. We are concerned with reports of the existence of a clandestine BBI steering committee with an underground draft report & bill. To this end, we demand that the entire BBI process be driven in an open and transparent manner by the gazetted committee.
7. We are opposed to the use of public funds in the organized BBI rallies unless appropriated by parliament or county assemblies. Our participation & organization of BBI rallies shall be through personal contributions. 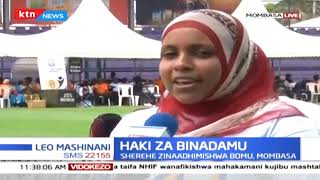 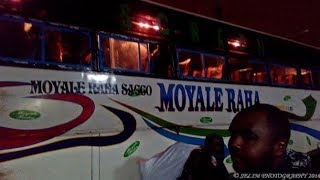 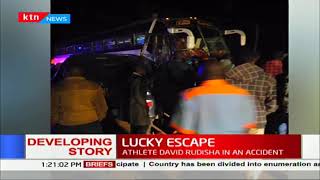 Athlete David Rudisha has been involved in a road ...
5 months ago . By KTN News 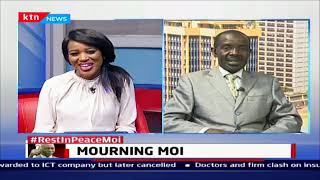 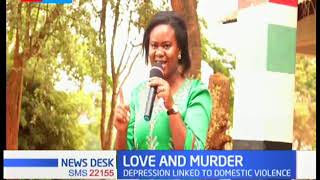 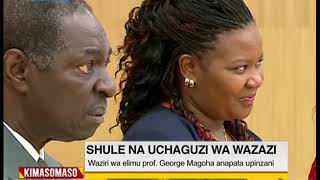 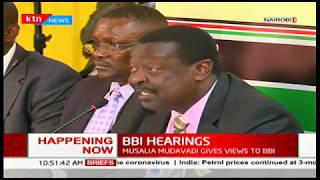 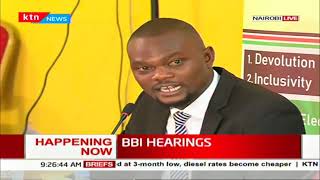 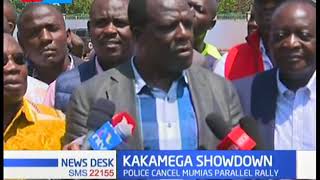